The 40-year-old Briton crashed at the exit of the fast Signes righthander at the end of the Mistral Straight on Wednesday morning aboard the Richard Mille Racing ORECA-Gibson 07 LMP2 car she is sharing with Alfa Romeo Formula 1 test driver Tatiana Calderon.

The session was immediately red flagged to allow for Legge's extraction from the car, which is run by the French Signatech squad.

She was taken to the circuit medical centre for assessment of her injuries and was diagnosed with a broken lower left leg and right wrist.

She was subsequently transferred by helicopter to Sainte Anne hospital in nearby Toulon.

A statement from the ELMS stressed that Legge was conscious throughout her removal from the car and that her injuries are not life threatening. 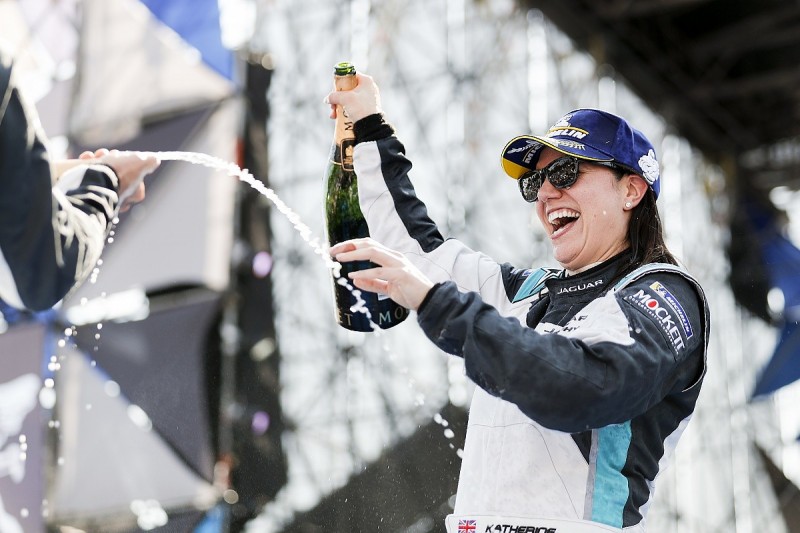 Legge has mostly focused on the IMSA Sportscar Championship in recent seasons, finishing runner-up in the GTD class in a Michael Shank Racing Acura NSX in 2018.

She won at Mexico in the inaugural season of the Jaguar I-Pace eTrophy last year for Rahal Letterman Lanigan Racing (pictured), and has made two starts in the Indianapolis 500, finishing 22nd in 2012.

Legge, Calderon and Formula 3 racer Sophia Florsch are contesting the ELMS and the Le Mans 24 Hours in September aboard the Richard Mille entry, which is backed by the FIA's Women in Motorsport initiative.