Giuliano Alesi, son of ex-Formula 1 race winner Jean Alesi, has lost out on the chance to join the G-Drive Racing LMP2 squad for this year's European Le Mans Series

The Russian entrant gave the Ferrari Academy driver and GP3 regular a try-out aboard an ORECA-Gibson 07 at Aragon last month, but has opted to give the drive ear-marked for a silver-rated driver in its reshuffled line-up to series regular Andrea Pizzitola.

G-Drive technical director David Leach explained that the inability to give Alesi significant seat time ahead of the start of the ELMS at Paul Ricard on 15 April had counted against him.

"The decision was based on what was best for the team given the short timescale involved," Leach told Autosport.

"The Aragon test was Giuliano's first time in this kind of car and if we'd been able to give him a proper winter test programme we might have had a different take on it."

Pizzitola, who has previously raced in LMP2 for the Algarve Pro squad, will share the G-Drive ORECA with team boss Roman Rusinov and Formula E championship leader Jean-Eric Vergne.

Vergne is unavailable for the Paul Ricard opener because he is on FE duty with Techeetah in Rome and he will be replaced by former Rebellion World Endurance Championship LMP1 driver Alexandre Imperatori.

G-Drive, whose ORECA is run in conjunction with the French TDS Racing squad, has yet to reveal who will join Rusinov and Vergne for the Spa and Le Mans 24 Hours WEC rounds.

It is understood that Imperatori is in the frame for what could be an all-pro line-up that would exploit a new rule inserted in the regulations for 2018.

This offers the teams the chance to apply for dispensation to run a line-up outside of the requirement for at least one silver-rated driver.

G-Drive had hoped to use this rule to run Matthieu Vaxiviere as a third pro-driver alongside Rusinov and Vergne in the ELMS.

It subsequently withdrew the application for what it described as the good of the series.

Bruno Senna, who raced for United Autosports at the Daytona 24 Hours IMSA opener in January, will drive alongside Phil Hanson in one of the team's pair of Ligier-Gibson JSP217s at Paul Ricard.

He is taking the place of Filipe Albuquerque, who is racing for the Action Express team at the Long Beach IMSA round on the same weekend. 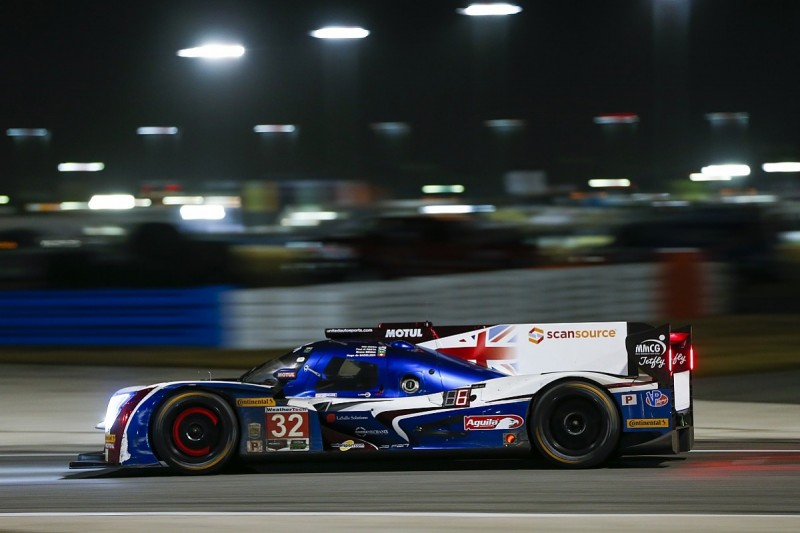 Two WEC teams have joined the ELMS grid for the first round.

TDS will run its regular WEC crew in its ORECA, while Signatech is scheduled to run with Andre Negrao and Pierre Thiriet.

The remains of a sportscar stalwart still going strong