On September 5, 1959, the works Aston Martin team survived six hours of racing and a major pit fire (pictured above) to win the RAC Tourist Trophy.

Although full details of the planned recreation have not been announced, Goodwood says that visitors to qualifying day on Friday September 13 'are set to be transported back to relive the occasion in full'.

The Revival meeting will bring this remarkable race back to life to celebrate Aston Martin's landmark anniversary and as part of the celebrations being staged to honour Sir Stirling Moss, who will reach his 90th birthday on September 17.

The 1959 RAC TT at Goodwood was the final race of the World Sportscar Championship season and Ferrari, Porsche and Aston Martin were battling for the prestigious title. 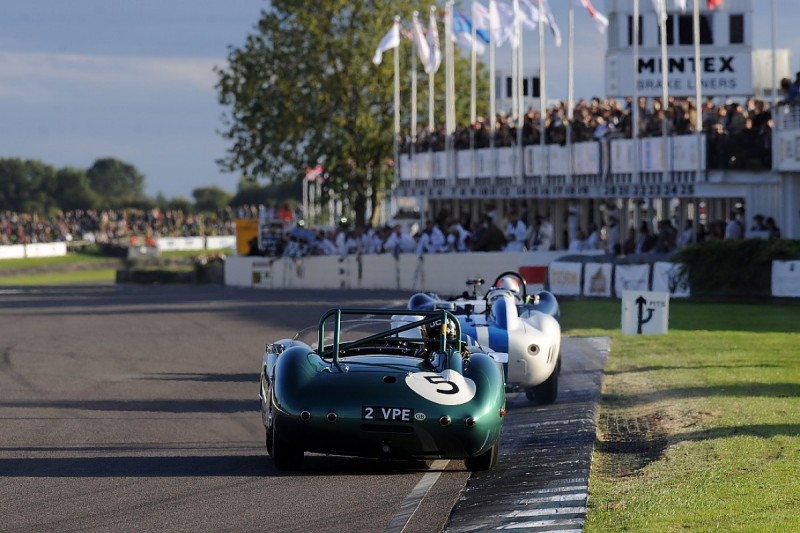 The Moss/Salvadori car sprinted off into an early lead but when Salvadori pitted for fuel, the hose was knocked open too early and spilt fuel burst into flames.

Chaos briefly reigned until the fire was put out, and the injured parties and singed car were removed.

With his own car out, Moss leapt into the car of Shelby/Fairman and set about making up for lost time. After a stunning drive, Moss crossed the line a lap ahead of the leading Porsche to give Aston Martin the world championship.

The Duke of Richmond said: "The 1959 Tourist Trophy was without doubt the most momentous race that Goodwood staged in period, and it delivered a true landmark in British motoring when Aston Martin claimed the World Sportscar Championship.

"We shall be celebrating that extraordinary performance to the fullest, as well as toasting the 90th birthday of Sir Stirling Moss, by recapturing the entire spectacle of the occasion when we open the 2019 Goodwood Revival.

"I am sure that our visitors on Friday will be amazed."