Ford has announced that it is designing its own bodywork in conjunction with DP chassis builder Riley Technologies to go with a new 3.5-litre, twin-turbo, direct-injection V6 powerplant, which has been testing on track since January, developed for the Prototype class of next year's merged United SportsCar Championship.

The aerodynamics incorporate styling cues from Ford's model range in the same way that Chevrolet has with its 'Corvette' body shape raced by front-running Grand-Am teams such as Action Express, Wayne Taylor Racing and 8Star Motorsports.

The engine, developed by Roush Yates, is the first turbocharged powerplant developed for the DP division, which next year will form the Prototype class of the USC together with LMP2 machinery and the DeltaWing DWC13s.

"We want to show Ford EcoBoost's capabilities as an engine that provides both performance and fuel economy, on and off the track."

Michael Shank Racing, which used Ford V8s since 2008, is the first team to sign up to run the Ford engine and body after undertaking development testing with the EcoBoost engine through this year.

Ford and MSR will attempt to break the long-standing speed record for the 2.5-mile Daytona International Speedway tri-oval in October with sportscar regular Colin Braun driving an EcoBoost-powered Riley. 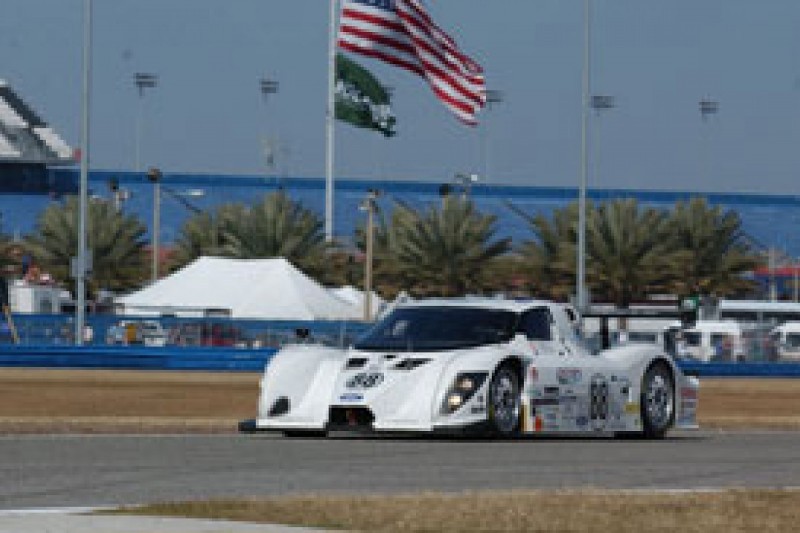 ...Ford went Grand-Am racing with a Daytona Prototype styled after its road-car range.

The Multimatic MDP1 was badged a Ford Focus at the start of the category back in 2003.

The car has the twin honours of being the first DP home in that year's Daytona 24 Hours, the inaugural race for the new category, and looking nothing like a Ford Focus.