The 11-time grand prix winner was the star attraction as the V8-powered series made its debut at Sandown last weekend, the appearance marking Barrichello's first single-seater start in seven years.

He was brought in by promoter Australian Racing Group to boost the global profile of the category, and his appearance attracted interest from some high profile friends from his F1 days - although Webber and Barrichello ultimately ended up playing voice mail tag.

"He left me a message, we didn't actually get to speak because he was flying to Singapore," Barrichello told Autosport.

"Mark has been to my home, he's met my family and we've had a Brazilian meal together. I think he appreciates that I'm a family guy. Mark is a very down to earth guy. A good champion always has to be humble. That's the only thing my father ever asked of me; if you win or if you lose, come back the same.

"Mark is a great champion like that. I think he appreciates that I agreed to come to Australia and do this." 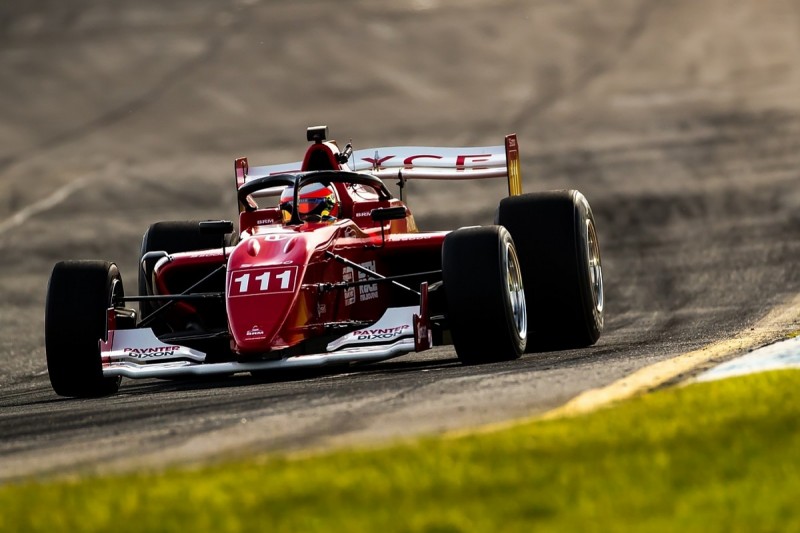 Button and Gil de Ferran were among the other interested callers, Barrichello explaining to his friends that he was racing a modern version of a Formula 5000 car, rather than actual '70s technology.

"A lot of people have been asking about the power," he said.

"People think that I'm racing old cars. They didn't see that it's a new category.

"But it's funny. People will get to know about the series now. There has been coverage in Europe. I hope [the profile] will help. For me it was a blast." 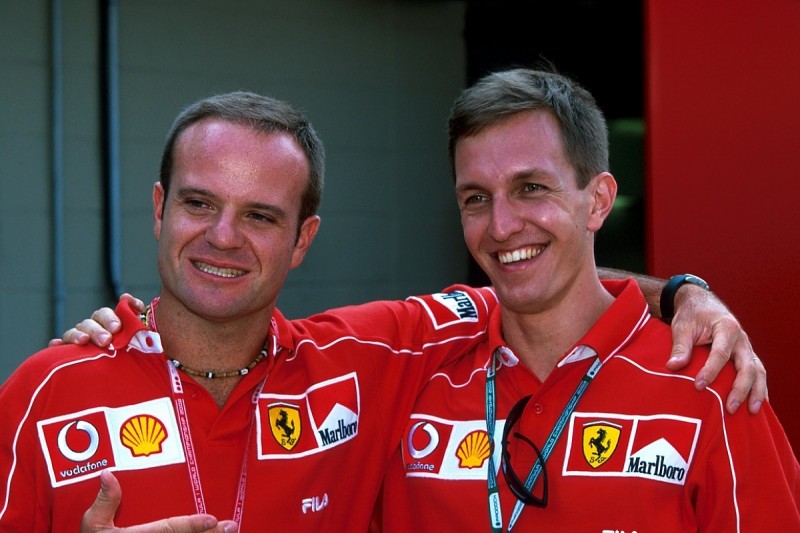 Former Jaguar F1 driver Luciano Burti was the first to make contact with Barrichello regarding the S5000 cameo.

But the first call that Barrichello took came from fellow Brazilian Burti.

"Pee Wee called Burti, and Luciano made the first contact with me," Barrichello explained.

"Peewee [then] called me. He talked about this new series. I wanted to know more about it, about the shape of the car and the power and so on.

"My only concern was that my son was racing at Laguna Seca on the same weekend, so I thought, 'Should I do it or not?'.

"At the end of the day, there comes a time... I can open the door for my son, but he has to do it for himself. 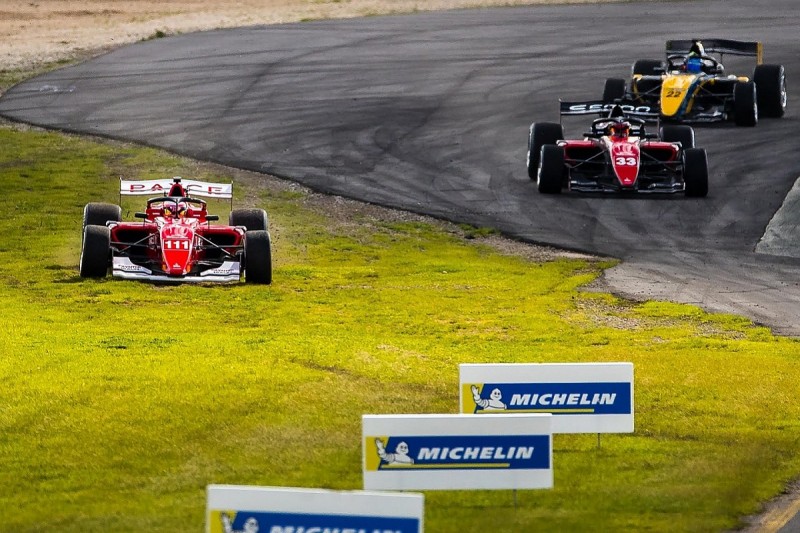 According to Lambden, Barrichello originally featured as part of a shortlist of candidates he and Siddle put together.

The fact that the Sandown weekend fell right after a Brazilian Stock Cars round made the former Ferrari ace available.

"I started to think about who we could get here as a headline act," said Lambden. "And my thoughts immediately turned to Pee Wee.

"So I rang him and we had a chat about options, which included a couple of other Brazilians of some fame. We went through the logistics and who would be available, and it worked out that Rubens was the best option.

"It didn't take that long to put it together. As Rubens said, he agreed straight away.

"It didn't take long to put the basic deal together. We were just fortunate he wasn't tied up that weekend. He raced the last Sunday, he won, and then jumped in the car, went straight to the airport and got [to Melbourne] Tuesday morning.

"Honestly, I don't think I've ever dealt with a more professional and likeable guy. He's just been brilliant."

Lambden said the interest shown by the likes of Button, Webber and de Ferran is precisely what S5000 management hoped to achieve by having Barrichello on the grid.

"That's what this whole weekend has been about," he said.

"It was so important for the first round to tick as many boxes as possible, and having Rubens here has just created that international interest."

Checking out Supercars too 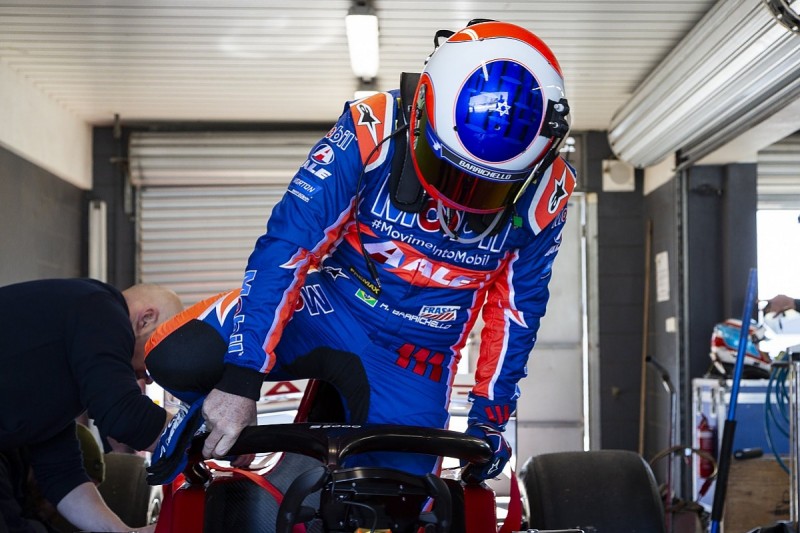 He had previously met with Tickford Super2 driver Thomas Randle for a pre-practice simulator session to learn the Sandown track.

"[Thomas] asked if I'd like to see the factory, and I said, 'Why not?'," Barrichello said.

"When you're back in Brazil, it's so far away to do those things. So I took my opportunity while I was here.

"The team has so many cars, it was unbelievable.

"You know these [Supercars] teams by their names and their drivers. I really appreciate what Supercars has done. People call me and say, 'Oh Rubens, you're racing the Brazilian Stock Cars - how does that compare to a V8?'

"They go straight to a V8. That means the racing is known worldwide."

Barrichello has a long-standing link to the Tickford squad, its CEO Tim Edwards having worked on Barrichello's Jordan F1 car back in the early '90s.

Edwards was not available for a reunion last weekend, due to motocross commitments with his two sons. 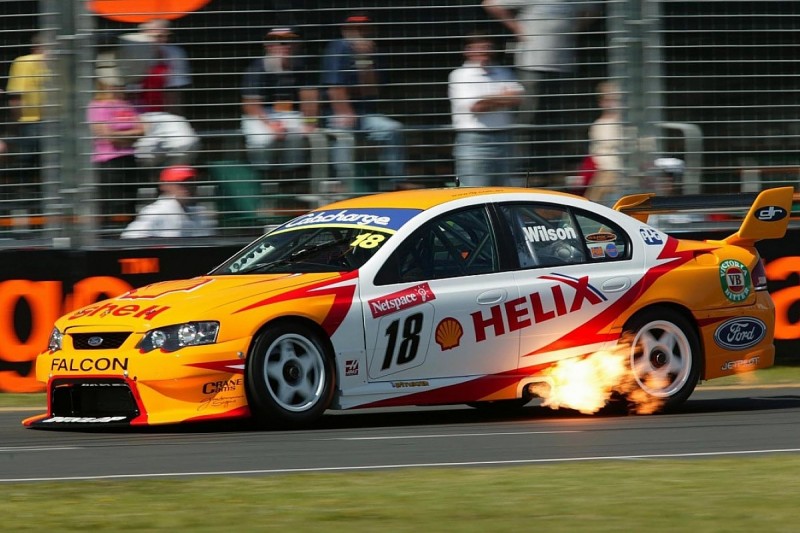 Barrichello has recently reaffirmed his long-held desire to take part in the Bathurst 1000, inspired by his close friend Max Wilson's seven-year stint as a Supercars driver.

He said if he does commit to a Bathurst tilt, it will be taken very seriously.

"I've said that it's on my bucket list to do Bathurst," he said.

"It's not that I want to come here and whatever, I want to do it properly."

While international drivers have traditionally struggled to get up to speed in a Supercar, particularly on the challenging Mount Panorama circuit, Barrichello is confident his Stock Car experience would ease the transition.

"I would say that, yes, because we've had some really good Australian drivers come and race in Brazil, like Mark Winterbottom," he said.

"It's comparable, for sure. I've never driven on the other side, with the gear shifter on the left, so that would be something to get used to."