The Welshman starred in his first World Rally Championship season with Toyota, alongside Sebastien Ogier and Kalle Rovanpera.

Thanks to two wins from the first six events, Evans went into the Rally Monza finale with a 14-point lead over Ogier. He looked set to clinch the crown until being caught out by a sudden change of conditions and crashing.

Instead of despairing at his misfortune, Evans climbed out and walked back up the stage to warn following drivers, including Ogier, who went on to secure the title.

Second, ahead of reigning champion and 2019 International Rally Driver of the Year Award winner Ott Tanak, was still Evans's best result in his WRC career.

Autosport readers have voted Evans the best rally driver of the season, ahead of Ogier, Tanak and Hyundai star Thierry Neuville.

"This award is a brilliant way to round off what has been a very special year for me," said Evans. "My thanks go to all the Autosport readers who voted for me - the support and enthusiasm of the fans are an essential part of what we all want to achieve at Toyota Gazoo Racing World Rally Team.

"I can't wait for the new season to get under way and hope that I can achieve more success for Toyota and our fans."

It is the first time Evans has scooped the award, which has been running since 1982 and is open to professional or semi-professional rally drivers competing at international level. 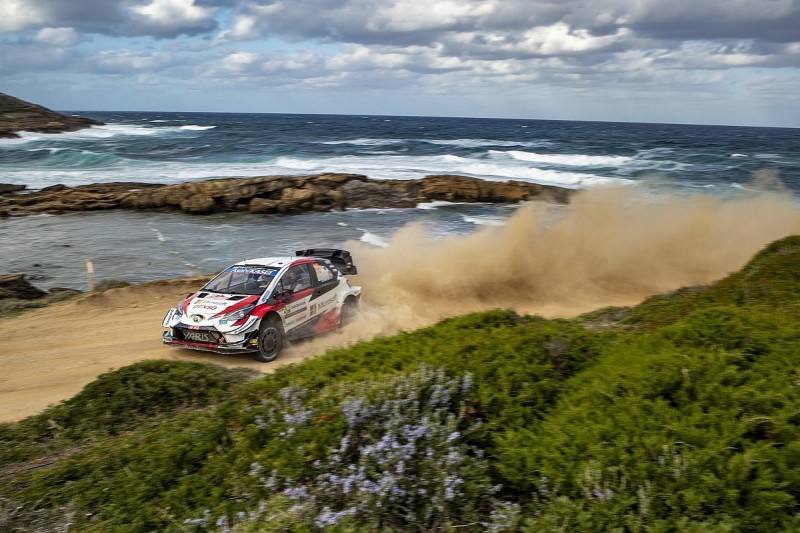