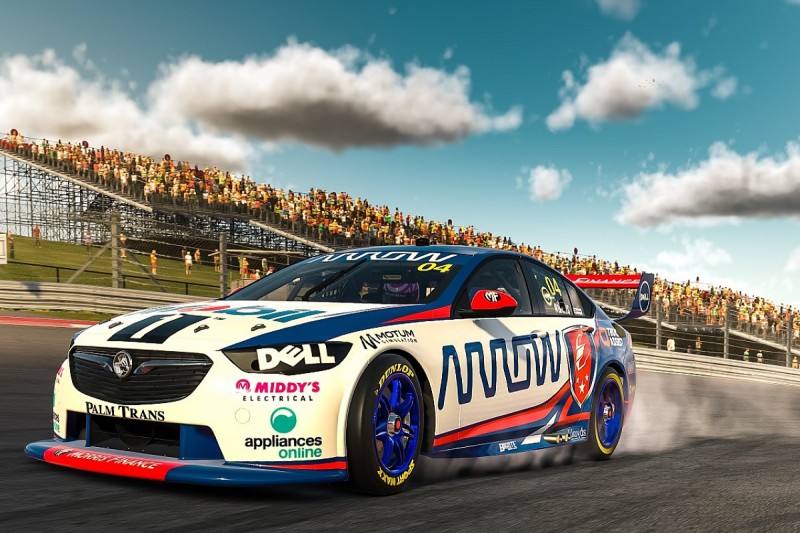 The prolific sim racer had already triumphed on his virtual IndyCar debut last month but enjoyed a mixed Supercars debut last week, when he took a podium before crashing at the entrance to the pitlane.

Norris - who has said he wants to test a Supercar in real-life after his Eseries experience - was in the mix for a top 10 result in the opening COTA race, only to be slapped with a drivethrough penalty for hitting Cam Waters right after the stops.

Holden driver Norris then toured the lane again, happy enough to drop down to third last - and take third on the grid for the second heat.

The gamble on grid position paid off for Norris, who dominated the reversed-grid affair.

It took him four laps to clear Todd Hazelwood but, once in front, Norris was able to cruise to victory as the other frontrunners battled through the pack.

His final winning margin was nearly three seconds over Waters and Hazelwood.

"It was good fun," said Norris. "After the drivethrough [in race one] I needed to take advantage of starting [at the front] and going for the win in this race.

"I had decent pace, it was a nice little win."

Norris had an eventful final encounter as he tangled with reigning Supercars champion Scott McLaughlin on the opening lap (below), before recovering to ninth. 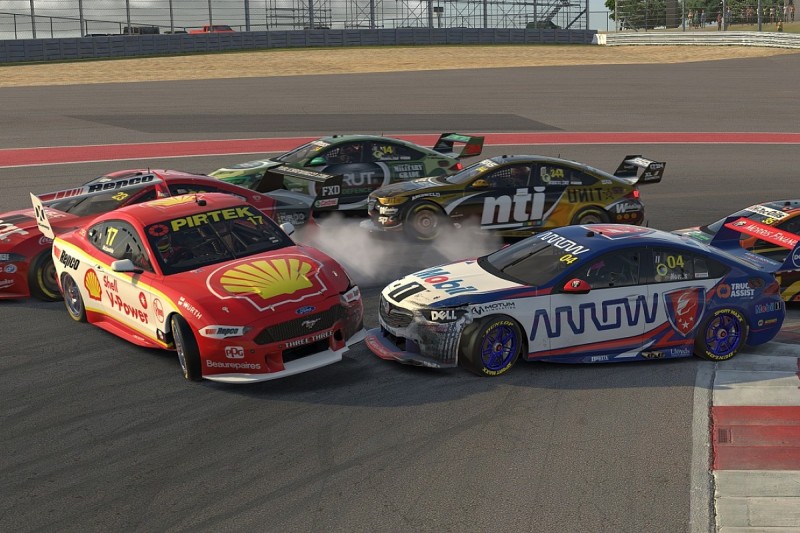 He wasn't quite able to shake Anton De Pasquale, but had enough pace to cover the Erebus driver's single-lap overcut attempt during the compulsory stops.

The gap between the pair was 1.5s at the finish.

Points leader McLaughlin was a lonely third, but he had a shocker in the second race, starting when he couldn't avoid a stranded Chris Pither at Turn 1.

He then spun again later in the race, and could only recover to 18th.

But McLaughlin took a third place in the finale to maintain a 46-point buffer over van Gisbergen (below). 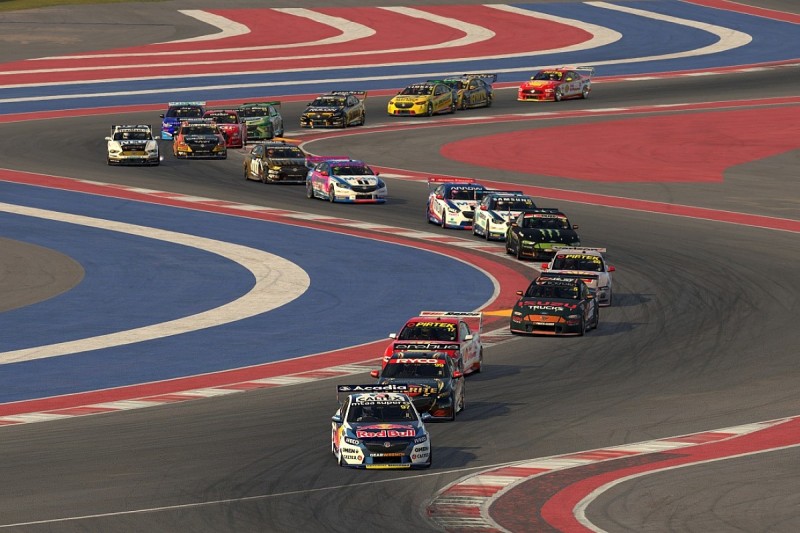 De Pasquale survived a last-lap tangle with van Gisbergen to win the final race as, for the second week running, the duo were inseparable in the two-stop feature contest.

Sharing the front row, De Pasquale won out in the crucial dash to the first corner, giving him track position for the first stint.

They emerged side-by-side, the Erebus driver just holding on to his lead.

They then ran nose-to-tail to the flag after the second round of stops, their battle coming to a head on the last lap when van Gisbergen tipped De Pasquale into a spin trying to find a way through.

"Me and Shane have been nose-to-tail for a couple of weeks now, whoever starts in front and leads in Turn 1 wins the race," said De Pasquale.

"He came at me a bit at the end there and had a dive.

"I think he knew that no matter what happened we had enough gap to redress it. He knows what's going on."