The 19-year-old is moving up to the top category of the ELMS to drive of one United's ORECA-Gibson 07s after winning the LMP3 division with United last year at the wheel of a Ligier-Nissan JSP320 shared with Wayne Boyd and Rob Wheldon.

With Hanson's promotion to gold status under the FIA's system of driver categorisation, Gamble joins the line-up as the team's silver driver.

Series rules state that each car crew must include at least one silver or bronze-ranked driver.

A third driver for the car in the six-race series will be announced at a later date.

Filipe Albuquerque, who won the ELMS crown together with Hanson last year, is only returning to United for the WEC because of his commitments with the Wayne Taylor Racing Acura team in the IMSA SportsCar Championship in North America. 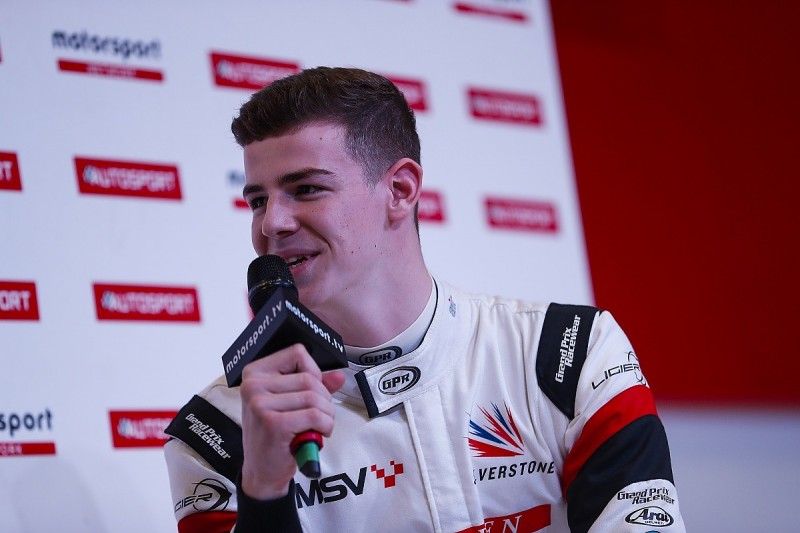 "I'm delighted we could pull a deal together to have Tom as part of our LMP2 team for 2021," said team boss Richard Dean.

"He performed well at our test at the end of last year, but it is now crucial for him to get seat time and work with Phil and our engineers to get up to speed.

"We are heading into 2021 aiming to retain our LMP2 championship title and Tom will be a pivotal part of that."

Gamble stated that he is "over the moon" to be stepping up to P2 for the coming season, which is due to kick off at Barcelona in April, and paid thanks to United and his sponsors.

"We have all the tools to do the job this season so I can't wait to get started and begin this new, exciting challenge," he added.

Gamble moved into sportscar racing in 2019 after his only season of single-seaters in BRDC British F3 the previous year.

He made a handful of appearances in the Le Mans Cup on the ELMS support bill and the British GT Championship in GT3 machinery before joining United for last season.

Manuel Maldonado, cousin of Formula 1 race winner Pastor, will also race for United in LMP2 in the ELMS this year.

The 21-year-old Venezuelan, who finished fourth in the Euroformula Open single-seater series last year, will share the team's other car with Job van Uitert and a third undisclosed driver.

The sportscar rookie, who also raced in the BRDC British F3 Championship in 2017-19, will make his debut with United in the LMP3 class in next month's Asian Le Mans Series events in Dubai and Abu Dhabi.