The trio, driving for the G-Drive backed Jota Sport team, led for the vast majority of the four-hour race on the final outing for the squad's venerable Gibson-Nissan 015S and overturned a 13-point deficit to the TDS Racing Oreca.

The TDS car hit technical trouble at its second pitstop with Ryo Hirakawa at the wheel and dropped to the back of the field, eventually finishing 29th overall after a lengthy delay.

But despite a clash with the GTE Ferrari of Rui Aguas, Van der Garde got back into the lead at the exit of Turn 1 when Lapierre was baulked by an LMP3 car.

DragonSpeed then sent Henrik Hedman out without a tyre change to gain track position on the Jota car, which had been taken over by Simon Dolan.

But that advantage was eradicated when Hedman ran through the gravel trap on his outlap, allowing Dolan to close and then sweep around the outside at Turn 4 a lap later.

"To have my first season in the ELMS and win it straight away, I'm very pleased."

Coletti put up a stern defence during the final hour to hold off Ford factory driver Pla, but was only certain of a podium finish when the Frenchman got a little too close at the chicane and spun with five minutes to go. 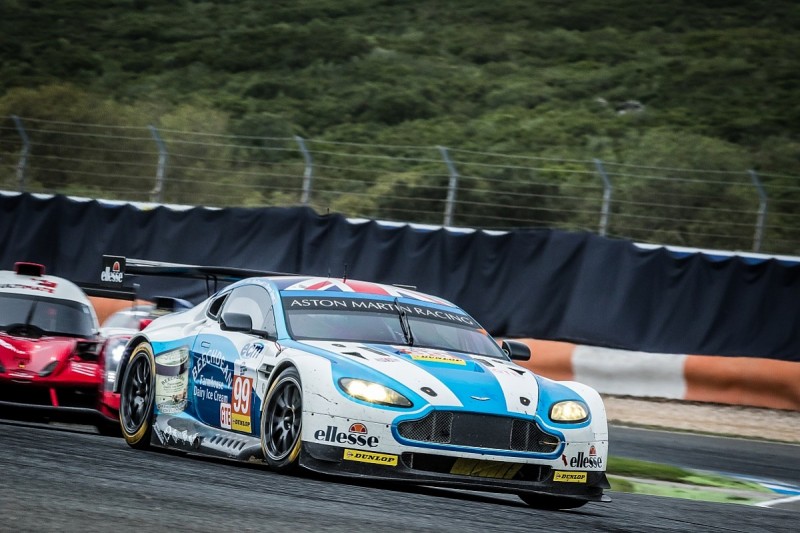 The Beechdean Aston Martin Racing entry of Andrew Howard, Alex MacDowall and Darren Turner capitalised on a disastrous day for the JMW Motorsport Ferrari to take the GTE championship.

JMW crew Rory Butcher, Rob Smith and Andrea Bertolini were leading when the Ferrari developed gearbox problems, then hit by the out-of-control United Autosport LMP3 Ligier of Mike Guasch after rejoining with the glitch still not solved.

With the Ferrari out of the way, the Aston Martin crew closed out victory ahead of the AT Racing Ferrari, which had earlier caught fire, and the #55 AF Corse Ferrari, which suffered two punctures.

In LMP3, Yvan Muller Racing took its first victory despite a spin for Thomas Laurent.