Both championships currently use Dallara's F317 chassis, which also appeared in the 2012-18 FIA European F3 championship, and the new 320 car will retain its front wing, engine, gearbox and electronics layout.

Teams from both championships registered interest with Dallara last year about a new car, with the FIA international homologation of the F317 ending after this season.

The series' desire was for a car that stuck to the current 580kg minimum weight with driver, while also incorporating the halo cockpit protection device.

"Our target was to make a car with a halo with a weight as similar as possible to the current car, and we managed it," Dallara project manager Jos Claes told Autosport.

"With the same engine and the same weight, we can expect the car to be slightly faster.

"There are options to switch to lighter batteries and exhausts, and most of the cars today have a lot of ballast." 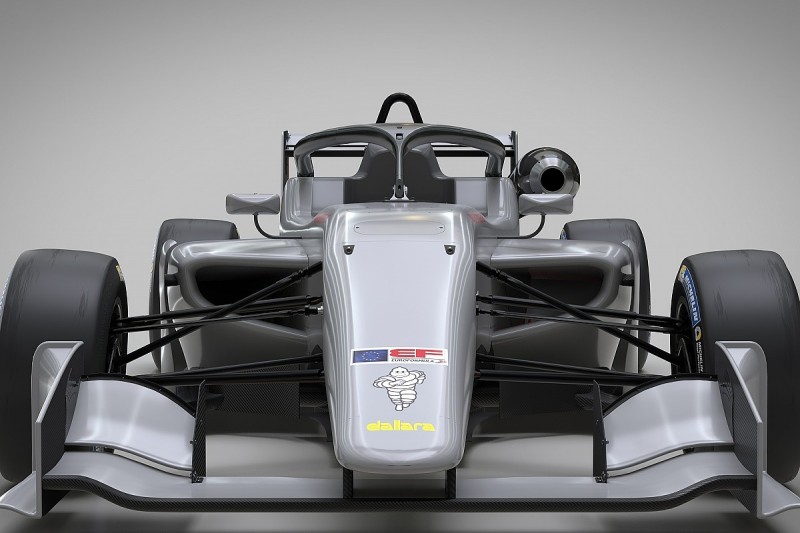 Additional weight from the brand new monocoque, made larger to incorporate the halo, has been nullified by Dallara designing the car to Formula 1's 2018 safety standards rather than F3's.

This has allowed it to make the new bodywork entirely from carbon-fibre, remove the skid block on the bottom of the car, and use different building techniques.

As a result, although it is a technical evolution of the F317 and designed with 'traditional' F3 in mind, the new car does not comply with F3 regulations.

While EF Open has already committed to using the Dallara 320 car, which is expected to start on-track testing before September, the organisers of the Japanese F3 championship are yet to make their decision on which machinery it will use from 2020 onwards.

Dallara presented the new car to teams in the Japanese F3 paddock at Okayama on the same day as its EF Open launch at Spa-Francorchamps.