Despite the lack of on-track action, lockdown helped Formula 1 fans to get closer to their heroes through their engagement with streaming platforms such as Twitch. But, asks JONATHAN NOBLE, could this be a feasible future for F1 broadcasting?

One of the positives from Formula 1's lockdown has been seeing how much closer some drivers have got to their fans. While it would have been all too easy for F1's big guns to disappear from the world and simply re-emerge when the racing got going again, the likes of Charles Leclerc, Lando Norris and Max Verstappen have perhaps been even more engaged with their followers than they would have been during normal times.

The direct contact through live-streaming platforms like Twitch has given us some memorable and hilarious moments, like Norris shaving his hair and Leclerc wearing that banana costume. But there's also been a more serious side to it as well, because it's opened eyes in the wider F1 world about the next step it could take to deliver a viewing platform that matches what an engaged audience at home now expects.

And with Twitch boasting impressive viewer numbers: 18.5 million daily active viewers for a total of 10.6 billion hours of content watched in 2019, it simply cannot be ignored. For just as F1 has long moved on from being a pure linear television experience, where fans had to watch the action at the time that the networks decided, so too the current offerings of live streaming straight to mobile where and when fans want it or dedicated 24/7 channels may not be enough in years to come.

The future may be about engagement with the show: chatting to fellow fans, getting a direct link to the competitors and having that feeling of being a part of what's going on, rather than just an observer. It's why what has happened on Twitch over recent weeks has been an eye-opener for F1 chiefs like Ross Brawn, who says that lessons can be learned about how it has opened up a new side to drivers.

"The thing I've seen that is very striking to me is how because the real drivers have become involved in these initiatives and these events, how well they've been able to engage with the fans," Brawn said at last week's FIA eConference 2020. 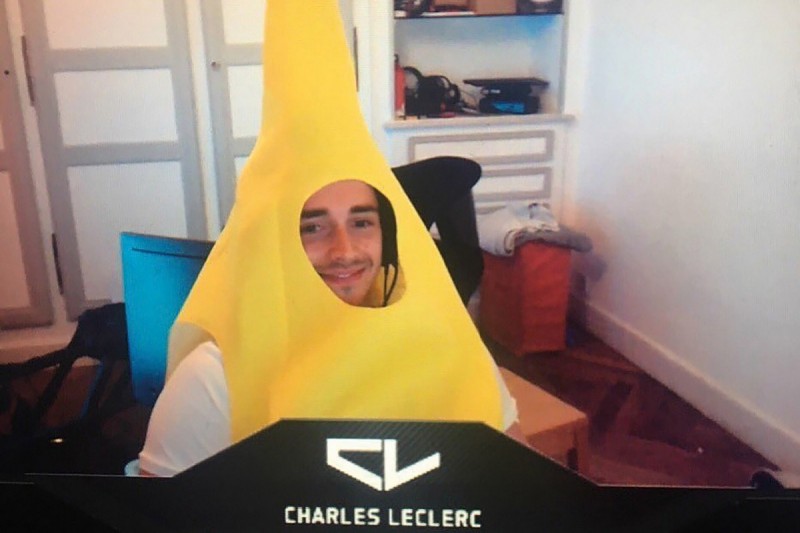 But what is particularly relevant to the debate right now is that platforms like Twitch are moving away from being solely focused on gaming. For Twitch itself, of more interest is the broadcast of live sporting events. There is growth in what has become known as 'IRL' content - In Real Life.

On a basic level, we've seen Leclerc and Norris live stream some of their recent karting and racing car exploits as they continue their preparations for the F1 season finally getting going again. That's just one step away from actual live coverage of racing itself.

We've already seen the first experiments of this with F1, when last year's Mexican Grand Prix practice, qualifying and the race were streamed on Twitch in selected territories as a toe-in-the-water exercise. With no big marketing campaign, and strict limits on the countries where the content was available, there was an average of 40,000 concurrent viewers - which peaked at 52K.

While those numbers aren't game changers for F1, for Twitch's EMEA Sports Lead Charlie Beall, they are another indication of a momentum that is growing behind IRL live sporting action.

"Something interesting is starting to happen organically on Twitch," he explained during last week's FIA eConference. "Gaming content remains our most popular by far. It's the premier destination for the consumption of gaming streams and Esports, but we've got this organic growth in non-Esports content.

"At the end of 2018, about 3% of the content on Twitch was what we call IRL: non gaming content. Organically that has started to grow. So fast forward a year and that three percent has become 11%.

"This validates our opinion that Twitch is a service for communities as much as it is a service for gaming and Esports. So what you're starting to see is more sports starting to engage on, with and through Twitch as a platform. So we're trying to grow and nurture that organic process." 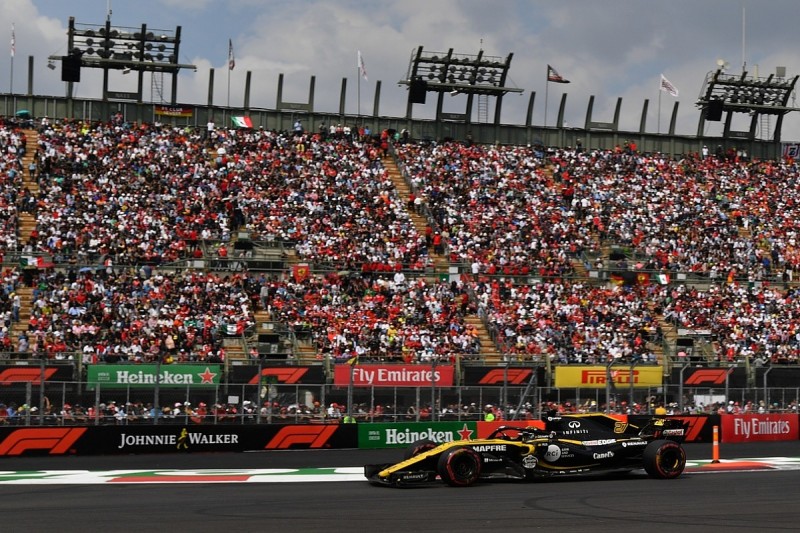 While there is interest coming from organisations outside, Twitch says it is specifically targeting three sports that it believes have the biggest potential.

"We think there is a strong adjacency between our existing audience, and the traditional audience for those sports.

"In the case of motorsport, I think we've already heard how close and how well suited the kind of cross-pollination between virtual and sim versions of the sports are. How you can get gamers interacting with drivers is just something that we don't see in any other sport."

As Twitch seeks to expand its sports offerings, you could see it jumping at the chance to show all F1 grands prix live, with direct links to the drivers and teams on the ground adding extra added value to any coverage for fans at home.

But it would be hard to think of the business model working in the short term, especially with pay TV channels currently able to offer top dollar to commercial rights holders for exclusive rights. Earlier this week, it was revealed that Sky Germany had outbid RTL by many times to secure live rights behind a paywall, bringing to an end a three-decade run for the latter.

Yet, there remains something tantalising about what a free platform like Twitch can offer; especially when it comes to making sure that the next generation of fans can get hooked on motorsport. One of the big appeals of Twitch is its demographic, with 72 percent of its audience under 34% and 26% aged between 13 and 17.

That audience is also engaged. While current go-to app TikTok is all about hooking people with short 10-second clips, Twitch is at the other end of the spectrum with long viewership times. 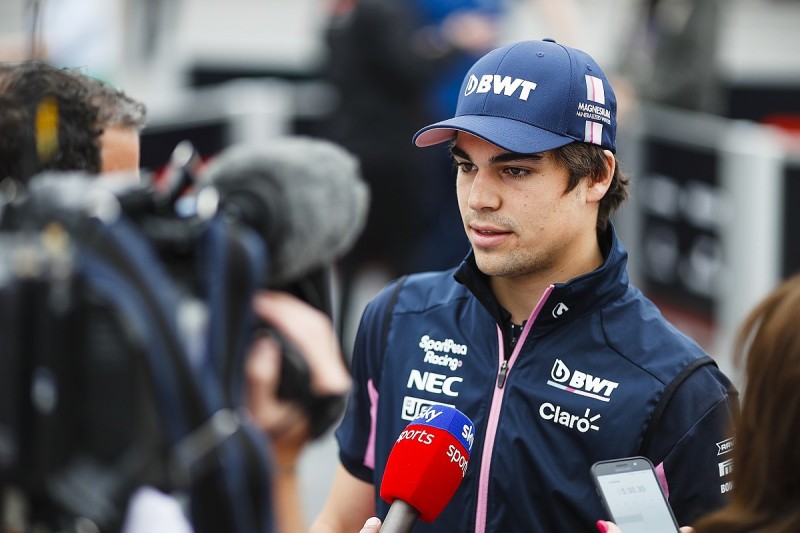 "A regular Twitch viewer spends 90 minutes a day on the platform, which is an enormous amount of time," says Beall.

"So when we look at, I guess the continuum of all social platforms, you've got TikTok on the one side which is very kind of transient short bites of content although users may spend longer than that on the surface.

"Then, moving along the continuum, you've got Twitch, where audiences will tune into streams that last two to three hours. And it kind of puts slightly to bed the view that the younger generation have a short attention span."

"Drivers like Lando Norris understand the currency and the personality of Twitch. It's a very powerful way of creating close relationships with fans and with a community" Charlie Beall

Twitch also offers the perfect platform for direct engagement to athletes; something that normal television broadcasts cannot. The interactivity; especially if the content creator does it well, is a USP that Twitch definitely has over regular television channels.

"The chats can be almost like crowd noise to a stream: it speeds up, it slows down, and the excitement is marked by the use of these emotes that the Twitch community holds dear and use to express their emotions or personality," added Beall.

"Drivers like Lando Norris understand the currency and the personality of Twitch. They understand that it's a way of connecting very closely and very deeply with their community.

"They come from this generation that understands interactivity. It's a very powerful way of creating close relationships with fans and with a community." 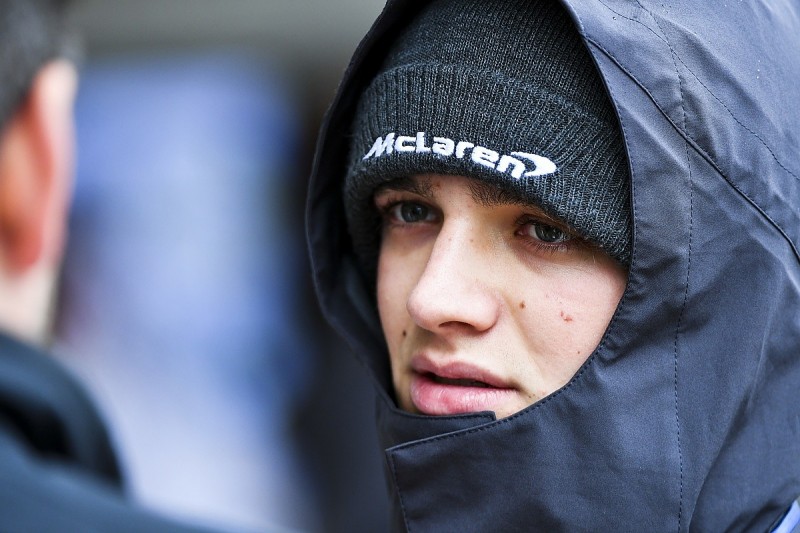 But there are aspects to F1's coverage that Twitch would not suit. Its experience shows its audience isn't as hooked on the more hardcore sims; with the platform much better suited to fun - think head-shaving and banana costumes - than front wing update analysis. For long-standing motorsport fans, who may prefer the latter depth of coverage and the detailed insight, Twitch is perhaps not the right place.

One idea where it could work though is in co-streaming; so categories like F1 offer up the basic live rights to the race and a Twitch channel host - whether it be a broadcaster or a driver/athlete himself - can stream his commentary over it. It sits well with gaming, and one of the take outs of the Mexican GP experiment last year was how well the idea worked when it was tried in the German market.

"As a way of growing awareness for and getting involved in different types of communities we see great potential in doing this," added Beall.

"In the broadcast of the Mexico Grand Prix, we found that the viewership was actually boosted seven times through co-streaming, by just making the feed of the race available to racing enthusiasts and racing gamers.

"That really validated a point that we believe is true. That there is a crossover between the gaming audiences and the real traditional sports audiences, and that Twitch can be a place to facilitate that interaction. So we've got grand plans in this space."

While talk of Twitch becoming the future way to watch F1 may be premature, what is clear is that it offers up some fascinating opportunities for the future. It's one that could see it - or similar types of platforms that are driven by engagement and interaction of live events - become a core component of the broadcast eco-system that surrounds every F1 race. 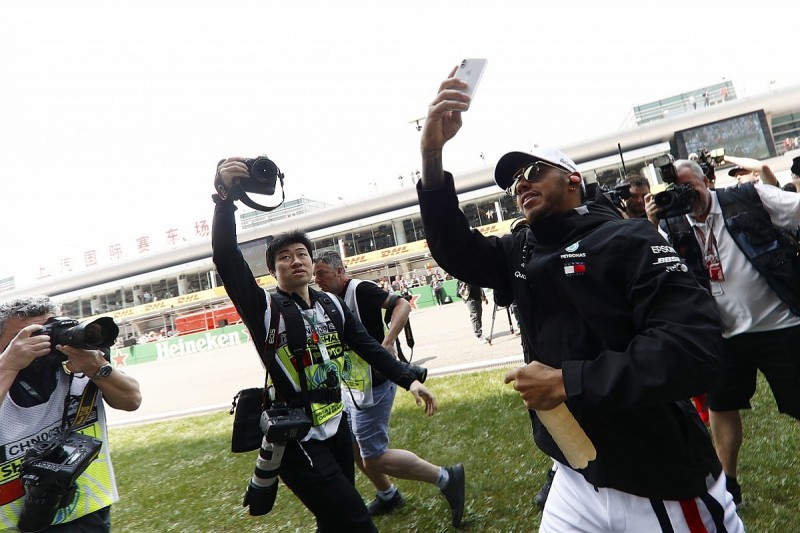 Why a sidelined champion points to an unpredictable British GT season