Supercars racer James Golding was declared the winner of the inaugural round ahead of ex-Formula 1 driver Rubens Barrichello. Davison was able to walk away from the impact.

The new category for V8-powered one-make Ligiers takes inspiration from the classic Formula 5000 package and is intended as an IndyCar equivalent for Australia.

It put together a 13-car field for its first weekend, headlined by Barrichello's guest appearance.

S5000 used a 'speedway style' qualifying format under which the qualifying session itself just set the order in which drivers could pick their own choice of starting position for the first heat, with that order reversed for heat two and the combined results setting the feature race grid.

Tim Macrow jumped fastest qualifier and polesitter John Martin to win Saturday's opening heat, in which Barrichello had to recover to seventh after a first-lap clash with Bart Mawer and Golding finished third.

Golding then launched from seventh on the grid to second behind early leader Matt Brabham in the second heat, before picking up the lead when Brabham crashed out.

Under heavy pressure from Macrow, Golding held the lead to the finish while Martin charged from 10th to third.

Barrichello lost ground when his engine cut out at the start then came back to fifth behind Davison.

That set the feature race grid order as Macrow on pole ahead of Martin, Golding and Barrichello.

But the main event was blighted by safety cars throughout, initially to retrive Ricky Capo's car after first-lap contact.

At the restart on lap six, leader Macrow locked up into Turn 1 and spun into the gravel.

The safety car immediately came back out so his badly beached car could be retrieved, with Golding now leading from Barrichello and Martin.

But moments after the restart, on lap nine of the planned 25-lap distance, Davison ended up spearing heavily into the wall on the back straight after a touch from Brabham.

While he was able to get out of his wrecked car unaided, the impact caused barrier damage.

"As we crossed paths the front of my nose just touched the crash box that sticks out really far. It just nicked it enough to send him into the wall," Brabham explained.

"I just feel horrible as he is such a good guy.

"It is not like I just punted him up the back. I definitely didn't do it deliberately."

But Davison was unimpressed with Brabham.

"I was driving along in a straight line, we'd just got through the kink and Matt hit me from behind. I was a passenger after that.

"It's disappointing that a guy like that forgot that the gas pedal goes backwards as well as forwards."

The race was declared over, with Golding - whose S5000 entry was run by his Supercars team Garry Rogers Motorsport - the winner ahead of Barrichello and Martin.

Brabham was fifth behind Will Brown, who had also clinched the first TCR Australia title earlier in the day.

Its inaugural season was initially planned as a six-round calendar starting in May, but was truncated to Sandown and a November event at The Bend due to parts supply problems.

The 2020 calendar will include a race on the bill of ARG's new Bathurst event. 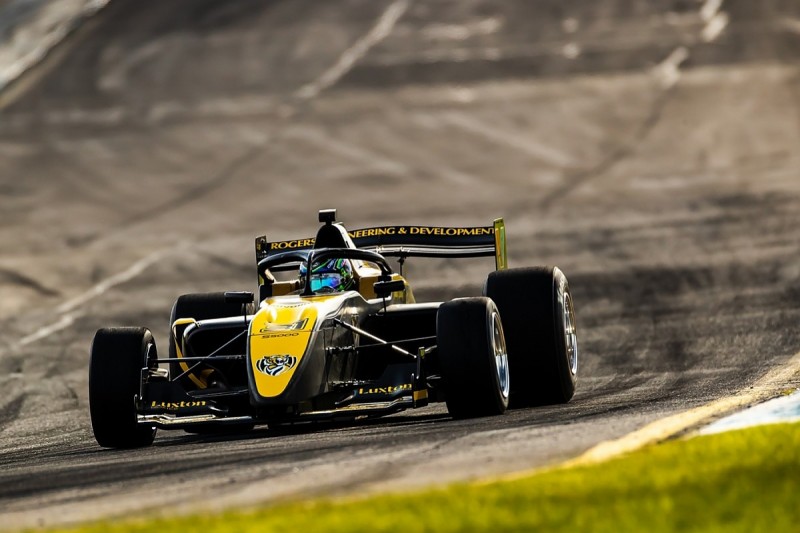 VSCC forced into rare event cancellation due to lack of entries