Monegasque Leclerc was the class of the F2 field in his debut season in the F1 feeder category and racked up seven wins across the year.

He also achieved eight qualifying pole positions - no other driver managed more than one - and four fastest laps with the Prema Racing team in its second year in the category, and wrapped up the drivers' crown at the standalone F2/GP3 event at Jerez in early October. 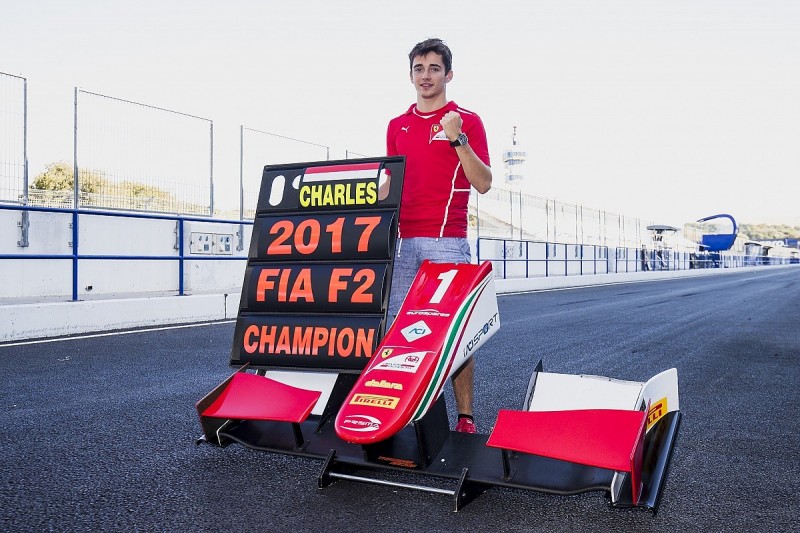 His impressive form earned him first practice outings for Sauber at four grands prix towards the end of the year, and Leclerc was announced as one of the squad's drivers for the 2018 F1 season alongside Marcus Ericsson on Saturday.

The award was presented to Leclerc by F1 CEO Chase Carey.

"Coming into 2017 I didn't expect a season like that," said Leclerc.

"Formula 2 is a very competitive series and for rookies it's very hard because the Pirelli tyre is a hard one to learn.

"It's a hard rookie season and to top it off with F1 [graduation] is amazing."

McLaren's two-time F1 world champion Fernando Alonso was among the other nominees for the award, after making his debut at the Indianapolis 500 in May.