Despite being up against factory opposition from Citroen, Hyundai and Toyota, Malcolm Wilson's M-Sport team won the first manufacturers' crown of the World Rally Championship's new rules era in a Fiesta fielded with only limited Ford support.

As well as taking Sebastien Ogier to the drivers' title, M-Sport won rallies with Ott Tanak and Elfyn Evans.

Ogier's team-mate Tanak blossomed into a surprise championship contender and Evans became the first home winner of Rally GB since Richard Burns in 2000 with a dominant performance in Wales in his DMACK-shod Fiesta.

"This year's been very special," said Wilson as he received the award. 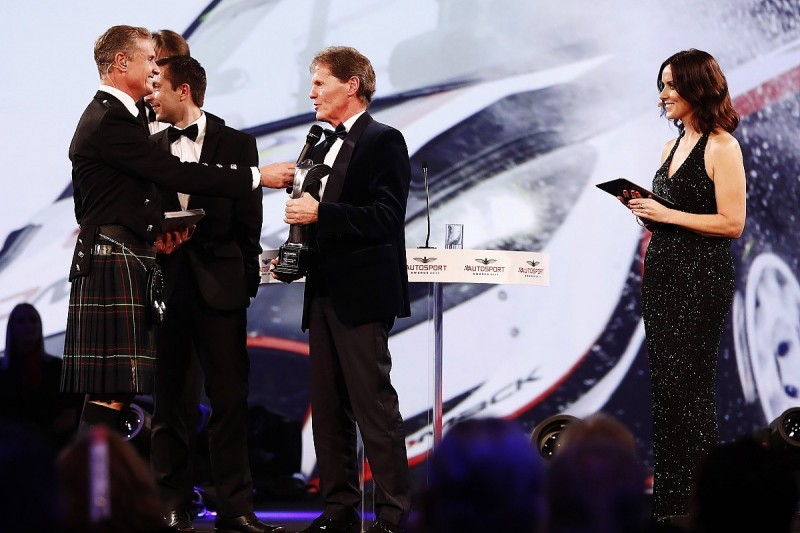 The award was presented by double WRC champion Marcus Gronholm, who had been M-Sport's lead driver when it took Ford to manufacturers' honours in 2006 and '07.

M-Sport has retained Ogier and Evans for 2018, when Ford will increase its support of the programme.

The Fiesta defeated WRC rivals Hyundai and Toyota in the Award voting, as well as Peugeot's 3008DKR Dakar Rally winner, the R5 version of the M-Sport Fiesta and the Skoda Fabia R5 with which Pontus Tidemand won WRC2.