The Mercedes Formula 1 team maintained its stranglehold on the Racing Car of the Year category at the Autosport Awards, winning the prize for the fourth year in a row

In the first year since a major shake-up in technical regulations, Mercedes faced its sternest challenge in F1's turbo-hybrid era from a resurgent Ferrari.

But the W08, which Mercedes boss Toto Wolff described early in the year as a "diva", emerged as the fastest car over the course of the season.

Drivers' champion Lewis Hamilton and Valtteri Bottas won 12 of the season's 20 grands prix, and the manufacturer clinched the constructors' championship at the United States Grand Prix in October with three rounds remaining.

The W08 follows in the footsteps of its predecessors the W05, W06 and W07 in receiving the Autosport accolade. 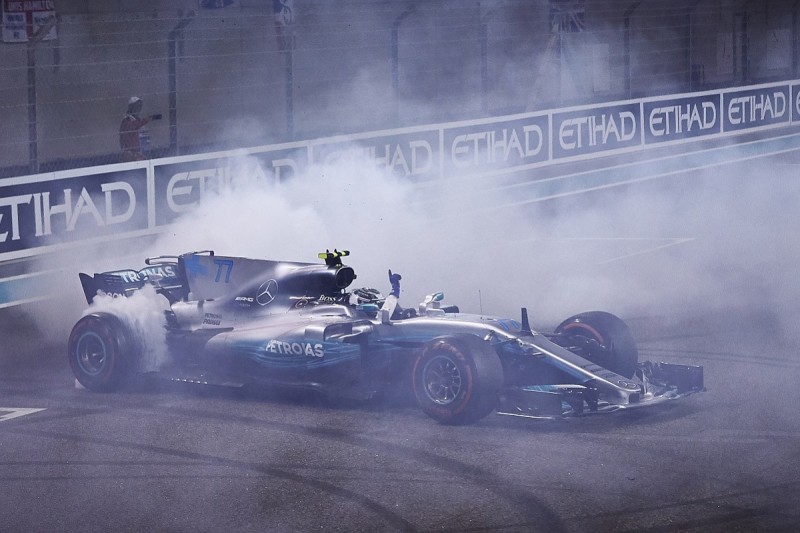 Members of the team from Mercedes' Brackley base and Brixworth engine headquarters collected the award, which was presented by Sir Ben Ainslee.

"As we went through the season understanding demands of competition it's been a big demand," said engineer Phil Prew.

"Trying to get the chassis and power unit working together has been a big challenge."

Ferrari's SF70H and Red Bull's RB13 were the other F1 cars to be nominated for the category, while the Le Mans 24 Hours and World Endurance Championship-winning Porsche 919 Hybrid, Renault's Z.E.16 Formula E car and the World Rallycross conquering Volkswagen Polo RX Supercar also made the shortlist.