Teenager Lando Norris has won the British Club Driver of the year at the 2016 Autosport Awards, following a standout year in junior single-seaters

After winning the MSA Formula title in 2015, Norris contested campaigns in four different series this year, winning three, and also made one-off appearances in the European Formula 3 championship and the Macau Grand Prix.

The 17-year-old claimed his first crown in February, picking up the Toyota Racing Series title in New Zealand, and later went on to seal the Formula Renault Eurocup and NEC titles - wrapping up the Eurocup with a round to spare.

He also finished eighth in the revamped BRDC British Formula 3 Championship with four victories to his name, despite only contesting four of the eight rounds. 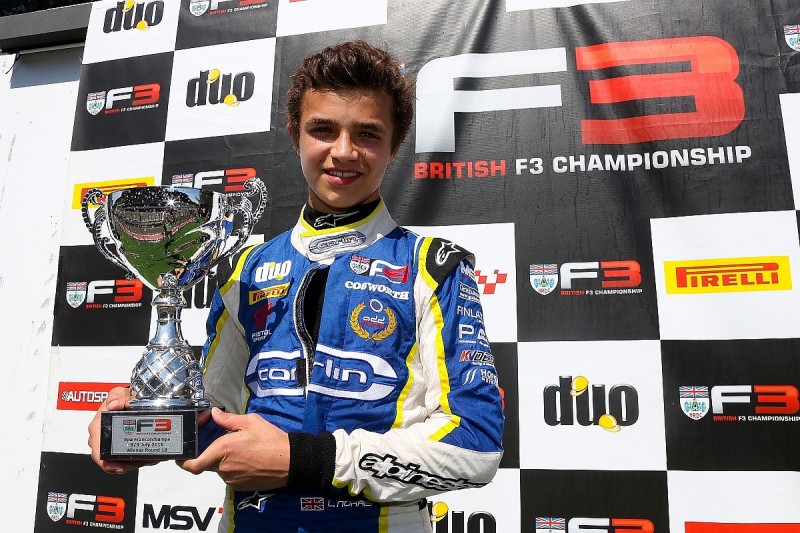 "Thank you for the award; I feel honoured to have it," said Norris. "I was here last year, and it's something I've looked up to in the past few years - it's been a great year."