The Mercedes F1 driver won the fan-voted Autosport Awards accolade for a fifth time, following successes in 2007, and 2013-15.

While Hamilton was troubled by unreliability and missed out on a fourth world championship to team-mate Nico Rosberg by just five points, he was at the top of his game again this year.

He became just the third driver to reach 50 grand prix victories at Austin in October, with wins in the following races at Mexico City and Interlagos moving him past Alain Prost on the all-time winners' list.

Hamilton's fourth-straight victory to end the season in Abu Dhabi took his career tally to 53, behind only seven-time world champion Michael Schumacher with 91.

IndyCar great Dario Franchitti presented the award, which was collected by Nicolas Hamilton on his brother's behalf. 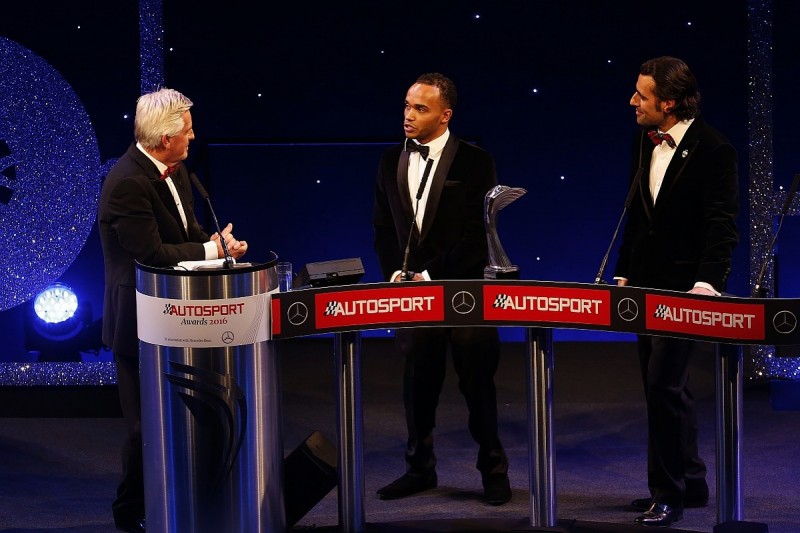 Hamilton and Rosberg are also among the nominees in the International Racing Driver of the year category, also being awarded in London on Sunday night.