Gordon Shedden has been crowned the top National Racing Driver of 2016 during the Autosport Awards in London, after securing his third British Touring Car Championship title

Shedden became the first driver to successfully defend the BTCC title since Fabrizio Giovanardi in 2008, after taking podium finishes in 10 of this year's 30 races, including four wins.

Eight drivers headed to the Brands Hatch finale with a shot at winning the championship, and Shedden overhauled Sam Tordoff across the weekend to win by two points.

Only Andy Rouse with four has won more titles in the class than Shedden, who joins Matt Neal, Bernard Unett, Frank Gardner, Bill McGovern and Win Percy as a three-time champion. 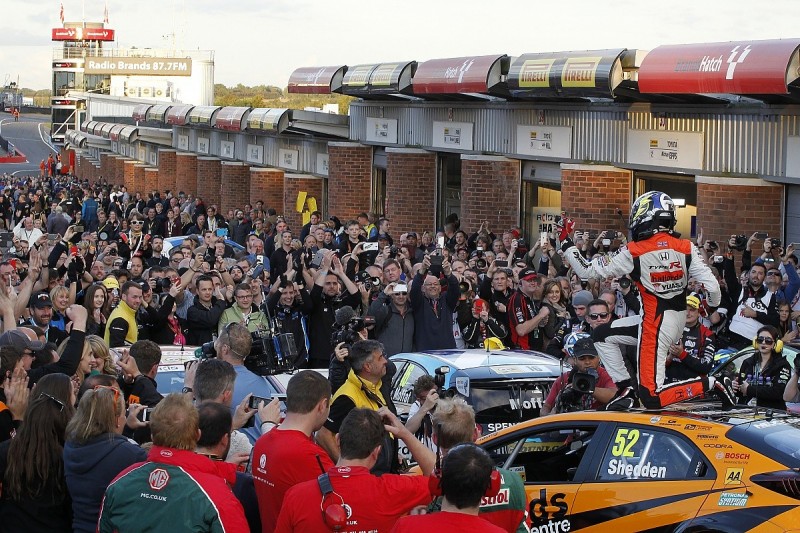 It is also the Scot's third National Racing Driver accolade, having taken the prize home in 2012 and '15 when he also won the BTCC championship.

BTCC boss Alan Gow was on hand to make the presentation to Shedden.

"It's been one of those years," said Shedden.

"I didn't lead until the last round of the BTCC, and it was one of those championships this year... there were so many people who could win, with so many chances to win - it was almost like people were trying not to.

"It's fantastic to win this again and very special for me."