Alan Jones, the first man to win a Formula 1 world championship with the Williams team, received a Gregor Grant Award at the 2015 Autosport Awards

The Australian legend played a pivotal role in the rise of Frank Williams and Patrick Head's team, including a breakthrough title success in 1980.

Known as a hard-charging and no-nonsense racer, Jones made his name as a star underdog with Graham Hill and John Surtees' teams, before giving the Shadow outfit a shock victory in the 1977 Austrian GP.

He joined Williams for the following season, forming a highly-successful alliance with the ambitious young team that resulted in another 11 grand prix wins, the 1980 title and third place finishes in the 1979 and 1981 championships.

Although Jones retired from F1 at the end of the 1981 campaign - winning on what was ostensibly his final grand prix start in Las Vegas - he would later reappear with the Arrows and Haas teams, and continued to race in sportscars and touring cars into the 21st century.

He has also remained involved in F1 as a commentator and a drivers' representative on grand prix stewards' panels.

"I was very fortunate to join Williams, the best team I've ever driven for," Jones said. "They gave me a car that enabled me to do the job.

"I'm extremely honoured to be here to receive this, because I know there have been some very famous people who have won this award."

"All Aussies have it tough making it," Jones added. "Geographically, we're disadvantaged.

"Making the decision to leave Australia and come to the other side of the world shows you're fair dinkum about things." 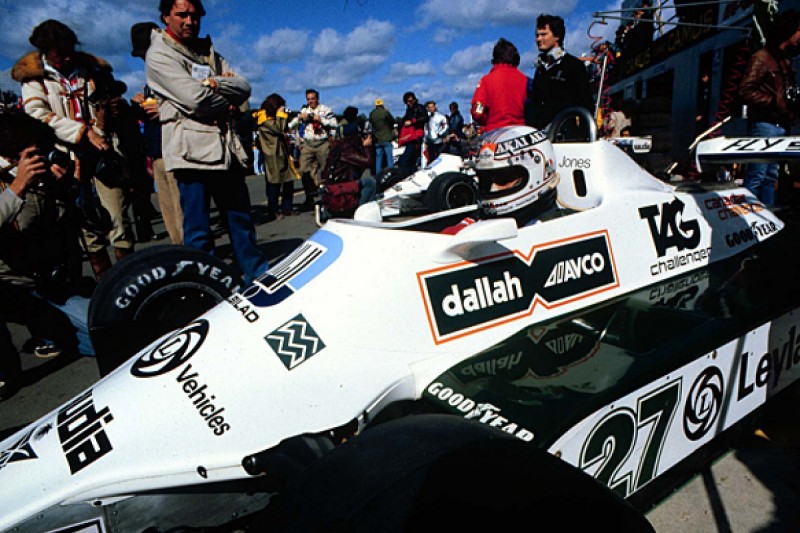