The world leaders in creation of large-scale model cars, Amalgam Collection has teamed up with McLaren to make virtual a reality with the McLaren Ultimate Vision Gran Turismo

An idea which came about as a 15th-anniversary celebration of PlayStation's globally successful Gran Turismo franchise, Vision Gran Turismo this week welcomes a new contender to its futuristic stable.

The project with Amalgam Collection and McLaren has a rare twist - the project has taken a virtual model and made the McLaren Ultimate Vision Gran Turismo a reality. The model will be the only physical manifestation of a purely digital design.

The McLaren Ultimate Vision Gran Turismo is the work of the McLaren Automotive design team. Design Director Robert Melville and designer Alexandar Alexiev led the projectwhich showcases the kind of car that McLaren could produce beyond 2030. 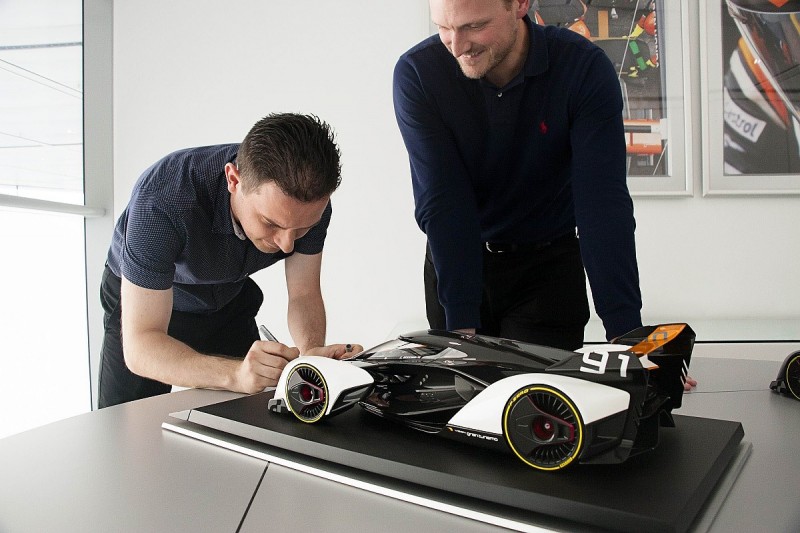 The model, which at 1:8 scale measures around 60cm/24 inches long, has had direct input from Melville and Alexiev, and will be limited to a total of 91 models presented in three different liveries.

The first model of the run features the lead livery, 'Performance' and has been recently gifted to Kazunori Yamauchi as a mark of respect for his creation of the project.

A further 30 models of each livery - 'Performance', 'Noir de Noir' and 'Ulterior Future' - will be available for general purchase. Uniquely, three early concept sketches of the car, all signed by Alexander Alexiev, will accompany each model.

"We are very excited to be able to bring the McLaren Ultimate Vision Gran Turismo to 'life' as an Amalgam Collection model," said Amalgam founder, Sandy Copeman. 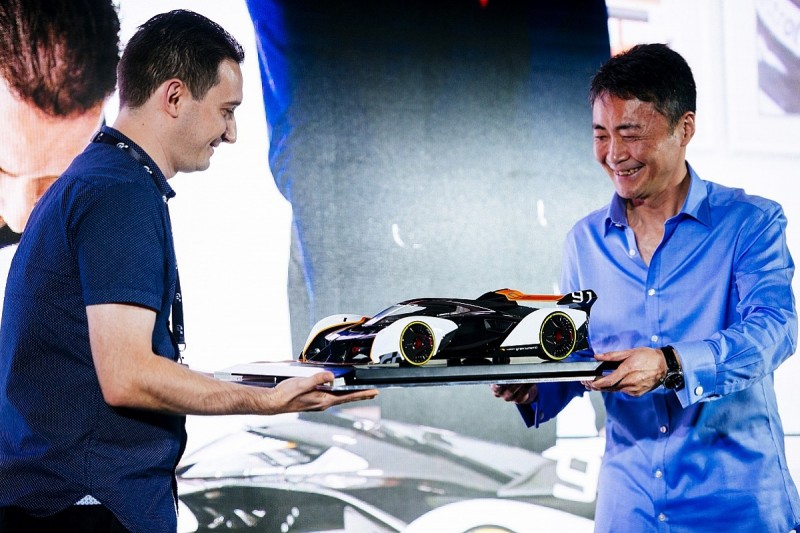 "To be able to work in such detailed and close collaboration with the McLaren Automotive design team has given us a rare insight into the essence of this virtual car, which we believe has been captured in our physical representation."

Each model bears a uniquely numbered plaque, individually signed by designers Melville and Alexiev, and is mounted on a new base design created especially for this edition. McLaren Automotive announced the virtual Ultimate Vision Gran Turismo on September 19 and Gran Turismo Sport for PlayStation 4 launched October 17.

Amalgam was acquired by Motorsport Network in May 2016, becoming part of the world's largest independent automotive and motorsport-related digital platform, connecting hundreds of millions of people that love motorsport and cars.