The 18-year-old son of legendary Formula 1 designer Adrian sealed the crown thanks to his seven victories in the India-based series, compared to Mawson's three.

Australian racer Mawson had the championship in his grasp until lap 11 of 15 of the finale, when the German Formula 4 champion made a slight mistake that was enough for Newey to make the lunge and sneak through to take the lead.

Mawson's troubles weren't over as Mick Schumacher also got ahead, pushing him down to third.

Newey's title win was sealed when the British driver clocked the fastest lap of the race on the final tour. The bonus for that meant he tied on points with Mawson - both ending up on 277. 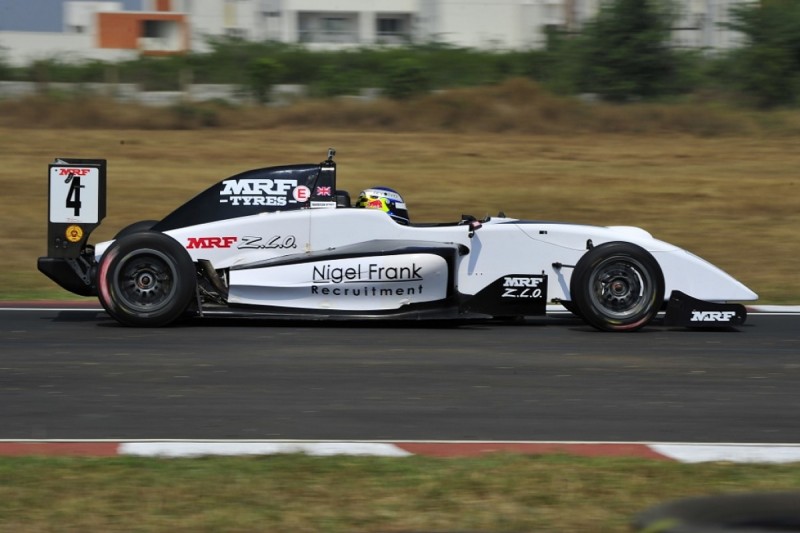 Schumacher ended up third in the standings, and all three drivers are likely to compete in European Formula 3 this season - although only Schumacher has a confirmed deal, with Prema Powerteam.

Like the New Zealand-based Toyota Racing Series, the category has become a popular way for European single-seater drivers to keep sharp during the off-season.

Newey becomes the third British champion in MRF after Rupert Svendsen-Cook and Toby Sowery in 2013/14 and 2014/15, respectively.