In the series run in partnership with Motorsport Games, Hansen entered the final round leading the standings ahead of Tom Blomqvist but it was the latter who struck first in the finale, taking the fastest time in Q1.

While Hansen responded with a pair of best times in Q2 and Q4, he was handed a five-second penalty in Q3 for contact with the returning Van Gisbergen.

Blomqvist claimed top spot in the Intermediate Classification, with Hansen second. In a near-repeat of the real-world title fight in Cape Town for the World RX drivers' crown last year, when Hansen battled with Andreas Bakkerud for the title, both Hansen and Blomqvist won their respective semi-finals to take the best starting positions for the all-important final.

It was however Van Gisbergen who made the best start in the last race of the campaign to take the lead, as Hansen closed the door on Blomqvist in the run to Turn 1.

Round three winner Jonathan Pailler again made the final on his second start in the series and took his joker on lap one, ahead of the slow-starting Blomqvist before being passed by the British driver at the start of the second tour.

Up ahead, South African World RX Esports newcomer David Perel was all over Hansen, and passed the Swede at the first corner on lap four. Later the same lap, contact between Hansen and the recovering Blomqvist put the points leader in the wall heading into the loose surface hairpin. 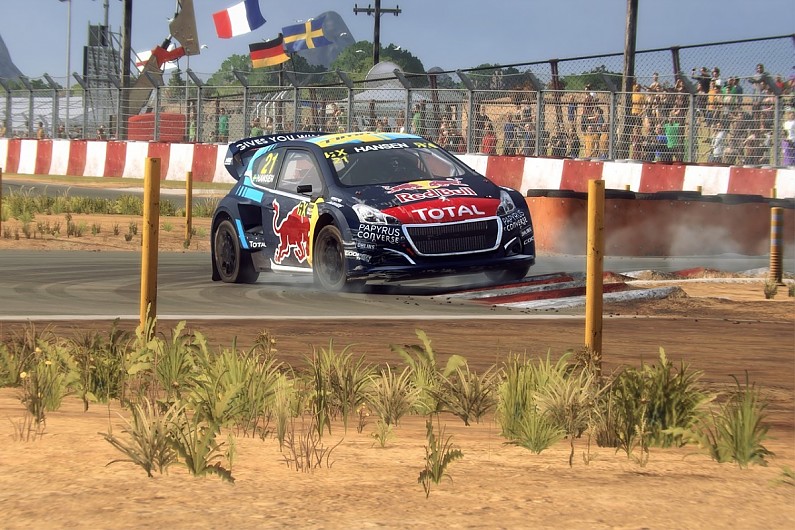 A lap later, Blomqvist made a move for track position on Pailler at the same point of the circuit and eventually finished second on track behind Van Gisbergen, who was untroubled out front on his way to his second win of the series.

Perel finished an impressive third on the road, but was elevated to second when Blomqvist was handed a five-second for the contact with Hansen.

By exiting the joker on lap six ahead of Pailler, Hansen was assured of the World RX Esports crown to add to the Race of Champions Virtual title he won two weeks ago.

Blomqvist took second in the points, while Van Gisbergen, who missed round three due to V8 Supercar commitments, moved ahead of Kevin Hansen for third overall.

In the Sim category, DiRT Rally 2.0 rallycross world champion Killian Dall'olmo stormed to his third win of the World RX Esports campaign to seal the crown.

The French driver entered the finale in a titanic fight for the title with his brother Quentin, but when the older of the pair was penalised for a move in his semi-final and thus didn't make the final, the younger brother was crowned before the last race of the year began.

In the final encounter, Dall'olmo claimed the win ahead of Tommi Hallman and debutant Jonne Ollikainen in a podium lock-out of the SET Esports team.