The Esports event will take place on the 13-14 June weekend originally slated for the Le Mans 24 Hours before the coronavirus pandemic prompted its postponement to 19-20 September.

The joint venture from Le Mans organisers the ACO, the World Endurance Championship and Motorsport Games will be contested by five current Formula 1 drivers and two past world champions, racing for a mix of endurance racing's top manufacturers including Toyota, Ferrari, Porsche, Aston Martin and Corvette, as well as the world's best Esport squads.

Kanaan, the 2013 Indianapolis 500 winner, and DTM racer Fittipaldi will headline the MPI-Zansho team that is entered in the top LMP2 class with an Oreca 07. 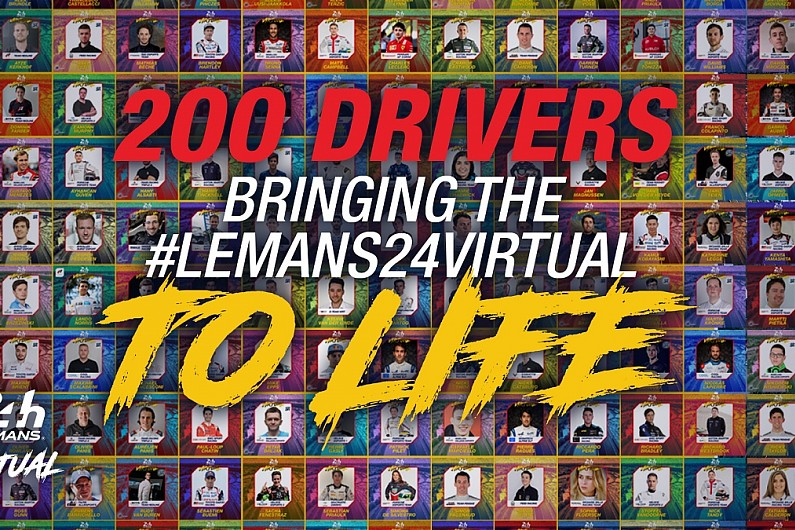 Kanaan has made two real life Le Mans 24 Hours starts, in 2017 when the 2004 IndyCar champion replaced the injured Sebastien Bourdais in a factory Ford GT and finished sixth in GTE-Pro, before returning with Ford 12 months later for his second outing.

Fittipaldi was due to race for Dragonspeed in the LMP1 class for the 2018 event, but broke his leg at Spa when his BRE Engineering-Gibson BR1 had a power steering failure at Eau Rouge.

The two Brazilians are joined by Papis, a three-time winner in the Champ Car series, who has seven Le Mans starts to his name with a best finish of second in the GTS/GT1 class in 2004 and 2005 as part of the factory Corvette team, with sim racer Siedo Weijer completing the lineup.

MPI-Zansho will face stern competition for outright honours from teams entered by defending winners of the real-life race Toyota - featuring five of its six LMP1 drivers - F1 world champions Fernando Alonso and Jenson Button - both of whom are competing for their own squads - as well as the Team Redline outfit that features F1 drivers Max Verstappen and Lando Norris.

Meanwhile Ferrari F1 driver Charles Leclerc and Alfa Romeo's Antonio Giovinazzi will compete for Ferrari in the GT class, and Porsche FE drivers Neel Jani and Andre Lotterer - both previous winners of the 24 hours - will lead the Weissach marque's attack.

More details will be revealed next week about the different car liveries, plus how fans can follow the 24 Hours of Le Mans Virtual on TV, online and on social media channels. 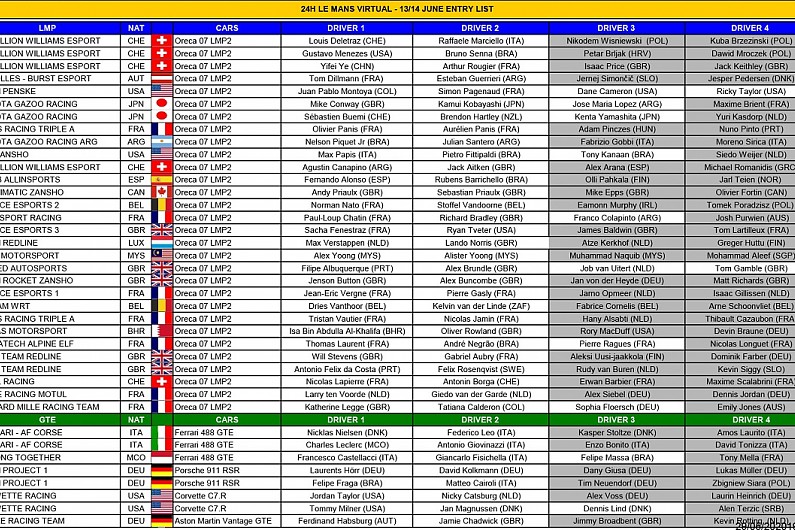 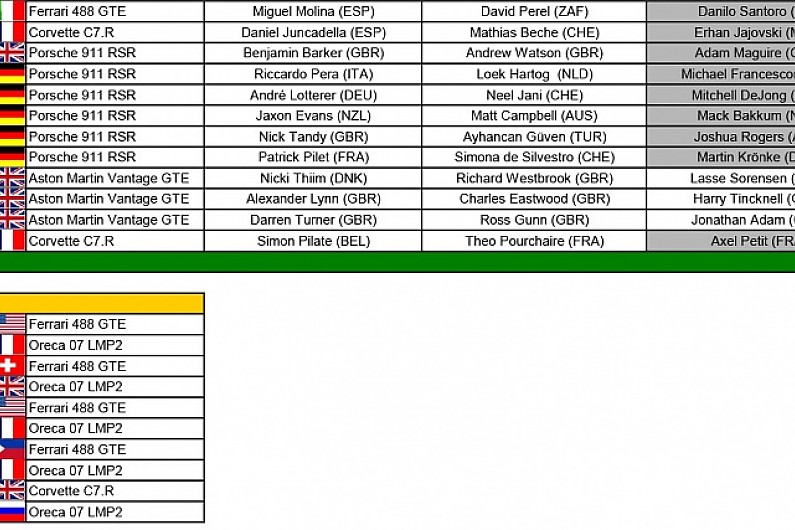