Round four tasks the teams with racing the GTE-Pro spec Ford GT around Sebring, which had its real-life Word Endurance Championship round cancelled earlier this month due to the coronavirus pandemic.

The Super Final will take place at the re-scheduled Le Mans 24 Hours in September, where the three-driver teams will be racing for a share of the $200,000 prize pool.

Lazarus and Red Bull have effectively secured their place in the final, but there's also a $50,000 prize pool for the qualification series so there's an increased incentive to finish top of the standings.

Each round features two races - a sprint race and a reverse-grid endurance race based on championship standings. 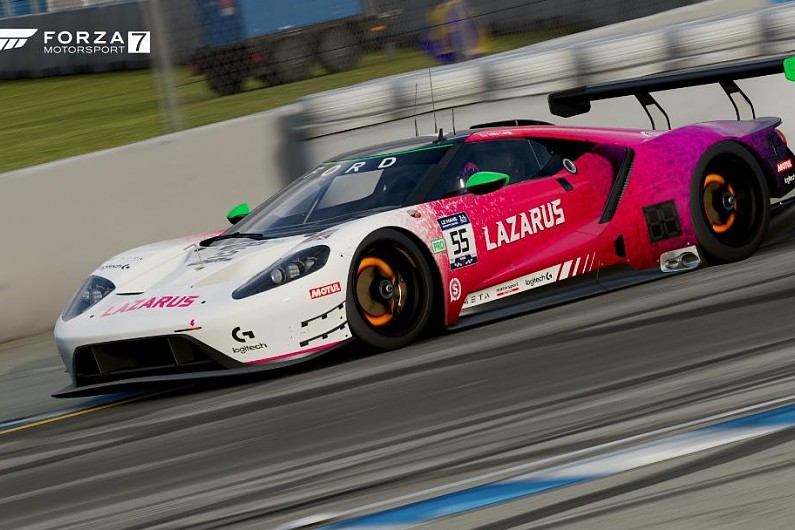 However, the Esports giants hit back in style and won the next four consecutive races to cut Lazarus's championship advantage.

"We've had a really good start to the championship," Leigh told Autosport.

"The opening round was excellent, and we picked up a big lead quite quickly. Red Bull has really stepped up their game. They are a lot harder to beat now than in that first race.

"But at the same time, with the nature of how there are more points given out for the endurance race and it's very traffic dependent. Your ability to get through the field is so important rather than just raw pace.

"Whilst at the moment Red Bull has more of a momentum behind them, there are still two rounds to go and it's all to play for still."

Leigh will drive for Lazarus in both races and will go head-to-head with Red Bull's lead driver Aurelien 'Laige' Mallet in the endurance race. The 24-year-old Frenchman has won multiple championships on Forza Motorsport but was narrowly defeated in last year's Super Final.

"Laige has proved his dominance when he's in the car," Leigh (below) added.

"But we're yet to have a straight fight in an endurance race this season. I prefer the reverse-grid races, that's where I excel.

"It will be good to take on Laige in that style of race compared to a sprint race where, raw pace-wise, he is as fast as anybody gets. When he starts at the front, he can get away quicker than anybody else on the game.

"But when he's put under pressure in an endurance race, I'm interested to see whether he can excel to the same extent." 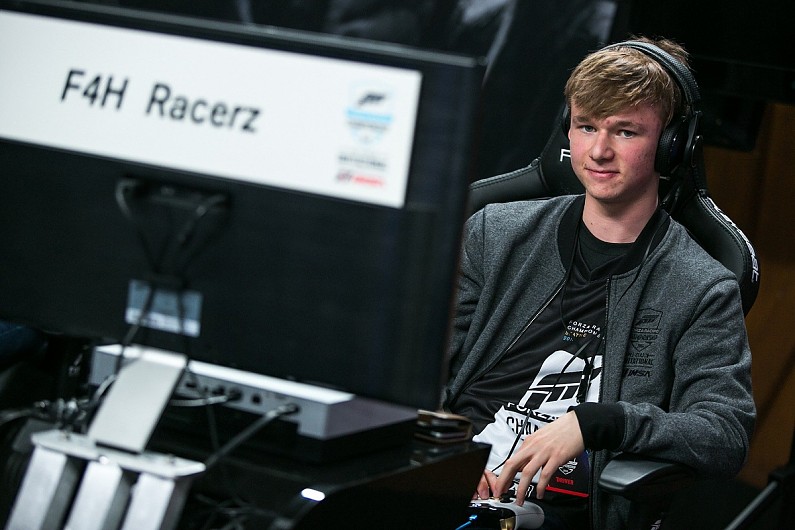 In comparison, Lazarus is a relatively new team to the sim racing scene, but Leigh believes the collaboration with his team-mates Daniel Nyman and Ross May has been crucial in its success.

"All three of us have a really good work ethic," he explained.

"We're all very keen to develop set-ups for the cars. These rounds are won in the preparation, before lights out even. I will go away and develop a car build, give it to my team-mates to test and then I'll use their feedback to improve the build.

"It's also really important to get out there on the track with your team-mates and test your racing ability. When you're practising on your own, you can be losing time in obvious places that you just don't notice, but your team-mates will pick it up."

Lazarus and Red Bull aren't the only teams in with a chance of success on Saturday night, with Total Performance Racing (formerly JOTA Esports) fielding Shaun Arnold, who won the season one qualification series.

There's also a fierce fight going on to secure a place in the top six, although one-time Grand Prix winner Jean Alesi's Esports Academy has endured a miserable season and will need a miracle to vault into the top six from 12th in the standings.

All the action from the virtual Sebring circuit will begin at 7pm GMT and will be streamed on Autosport.com.