Guanyu Zhou will keep his FIA Formula 2 Championship Bahrain pole position but has been handed a reprimand following the outcome of an FIA investigation.

The UNI Virtuosi driver triggered a post-qualifying investigation, initially listed for taking the chequered flag twice, after going to the Formula 1 pit lane instead of the support pit lane after the session.

Following the conclusion of the investigation Autosport understands the Chinese racer will keep the pole position and the four championship points that come with it.

The FIA has however issued Zhou a reprimand for breaching Article 12.2.1 of the FIA’s International Sporting Code.

As a result, Zhou will start Sunday’s feature race from pole but will begin tomorrow’s opening race from 10th, courtesy of the championship’s new-for-2021 top 10 reverse grid qualifying format that will see David Beckmann on pole.

“I actually did not take the chequered flag twice but basically I didn’t go into the support pit lane after the chequered flag, I went to the F1 pit lane instead so I’m sure I didn’t take it twice,” Zhou said when asked about the FIA investigation in the post-qualifying press conference.

Reflecting on his performance in what was a dramatic qualifying, the Alpine Academy driver described his 1:42.848s effort that pipped Christian Lundgaard by 0.003s as one of his best ever qualifying laps.

“It was one of the greatest laps I have done in qualifying in F2,” he said.

“It was going quite well, especially as we had a quite a different strategy to the others so it put a lot of pressure on my side to get that first lap done and we managed to maximise that lap. 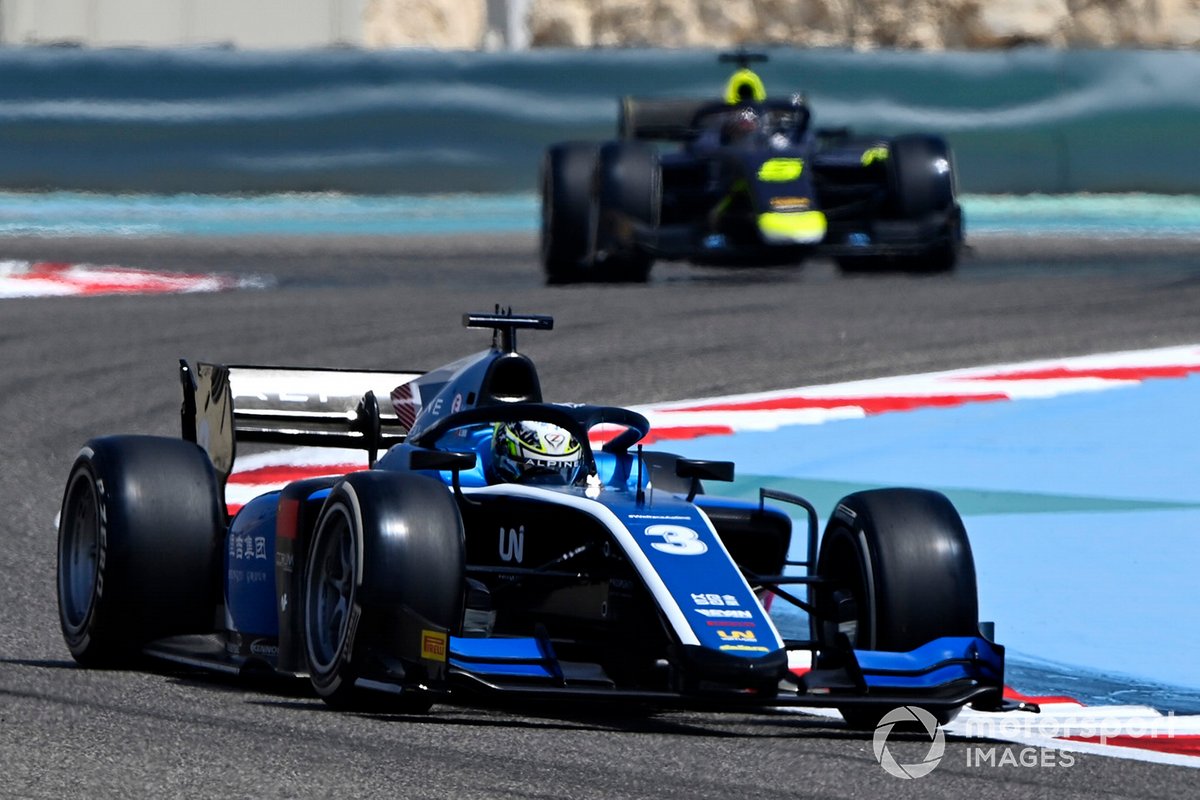 “It was quite a nervous, tricky lap for me and it was quite on the edge, but was really happy to get the first pole of the year.”

Despite admitting to being ‘hurt’ to be beaten by his Alpine Academy rival, Lundgaard declared himself happy with his qualifying performance.

“I’m happy to be sitting here but it hurts to be beaten by three thousandths by my [Alpine} Academy mate,” said Lundgaard.

“But otherwise I’m happy, I wasn’t expecting this after practice.”

Zhou and Lundgaard are refusing to rule out the prospect of making a pit stop in either of tomorrow's pair of sprint races, given the tyre degradation sustained from the abrasive track surface.

“I think race one and race two there can be a pit stop, I can’t really say which one it will be if any.

“It all depends on safety cars, virtual safety cars and how the race pans out.”

Zhou added: “If there is a pit stop, it will be either race one or race two but it all depends on tyre deg, speed through the race and how the safety car plays out.”