There’s more to the British Grand Prix than just Formula 1, here’s four other things not to miss in the bumper package that is the support categories

Can Pourchaire turn the tables on Drugovich in F2?

Felipe Drugovich appears to be unstoppable in Formula 2 this season. The Brazilian took his first win at round two in Jeddah and has racked up three more over the opening six rounds, giving him an advantage of almost 50 points over pre-season favourite Theo Pourchaire.

Drugovich, run by MP Motorsport, has failed to score just once in the 12 races so far, and Pourchaire will need a big turnaround from a disappointing weekend last time out in Baku to remount his title challenge. But with eight rounds still remaining, it’s not over yet for the Frenchman, who races for ART Grand Prix.

Behind the leading pair, Prema’s Red Bull Junior Jehan Daruvala is best of the rest, while Logan Sargeant is fourth with Carlin and there is a slew of other drivers close behind. Among them is Daruvala’s team-mate Dennis Hauger, who took his first series win in Baku and will be hoping to continue his improvement in form. 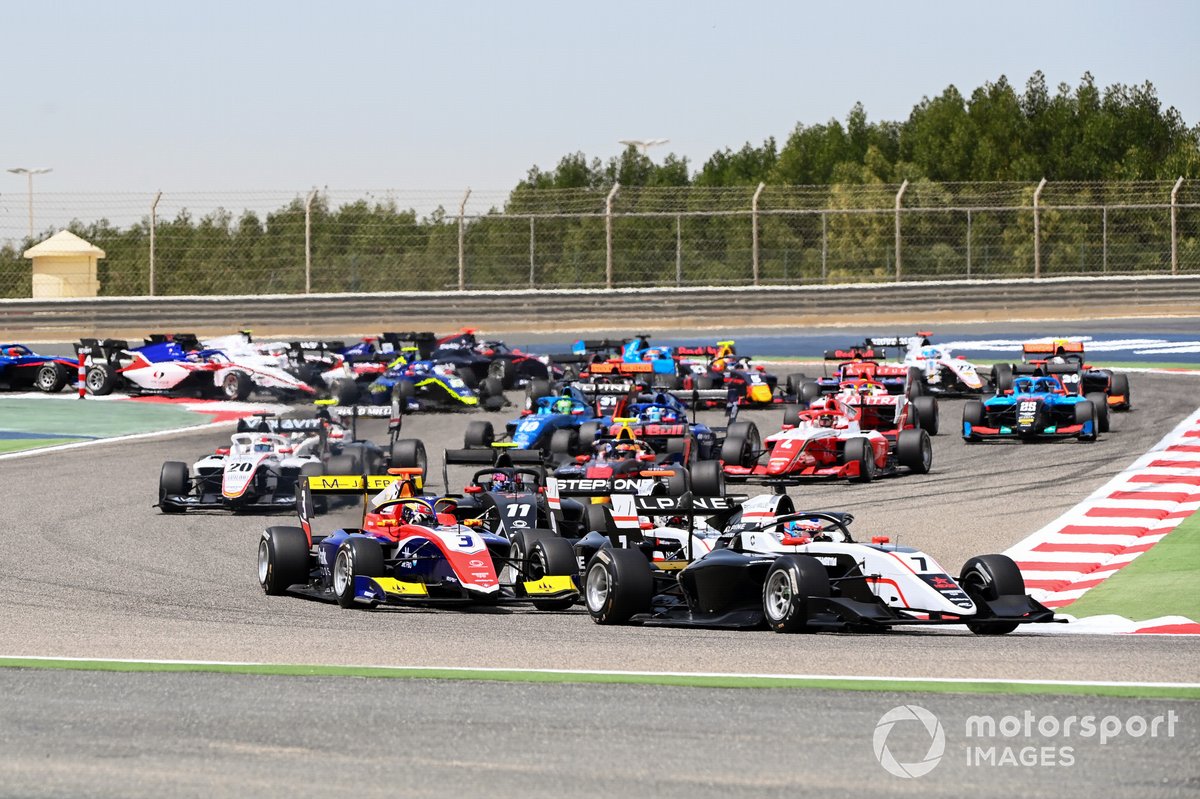 Ollie Bearman leads the home charge in FIA F3, with the British representation now back up to three. The Prema-run Ferrari Driver Academy protege sits seventh in the standings, and took his maiden podium – a second place – in the reversed-grid race at the opening round in Bahrain.

He admits his season has been “up and down” so far, but he says he has been feeling more comfortable since the in-season test at Barcelona.

Carlin’s reigning GB3 champion Zak O’Sullivan recently named Silverstone as his favourite circuit, and will be keen to get his first podium of the season on the board. He is 15th in the standings, with a best finish of sixth – in the Bahrain sprint race and the feature race at Imola.

It’s great news that Jonny Edgar will make his return in front of his home crowd after he was forced to withdraw following the first round due to Crohn’s disease. The Red Bull Junior has made a strong recovery, and will therefore retake the #1 Trident seat to continue his campaign.

Championship leader Victor Martins will be hoping to extend his edge over Roman Stanek, with just six points splitting them. Alpine F1 junior Martins scored the full 26 points in the feature race last time out at Barcelona, so the ART Grand Prix-run Frenchman arrives at Silverstone on fine form, while Trident’s Czech charger Stanek will look to repeat the win he took at Imola. 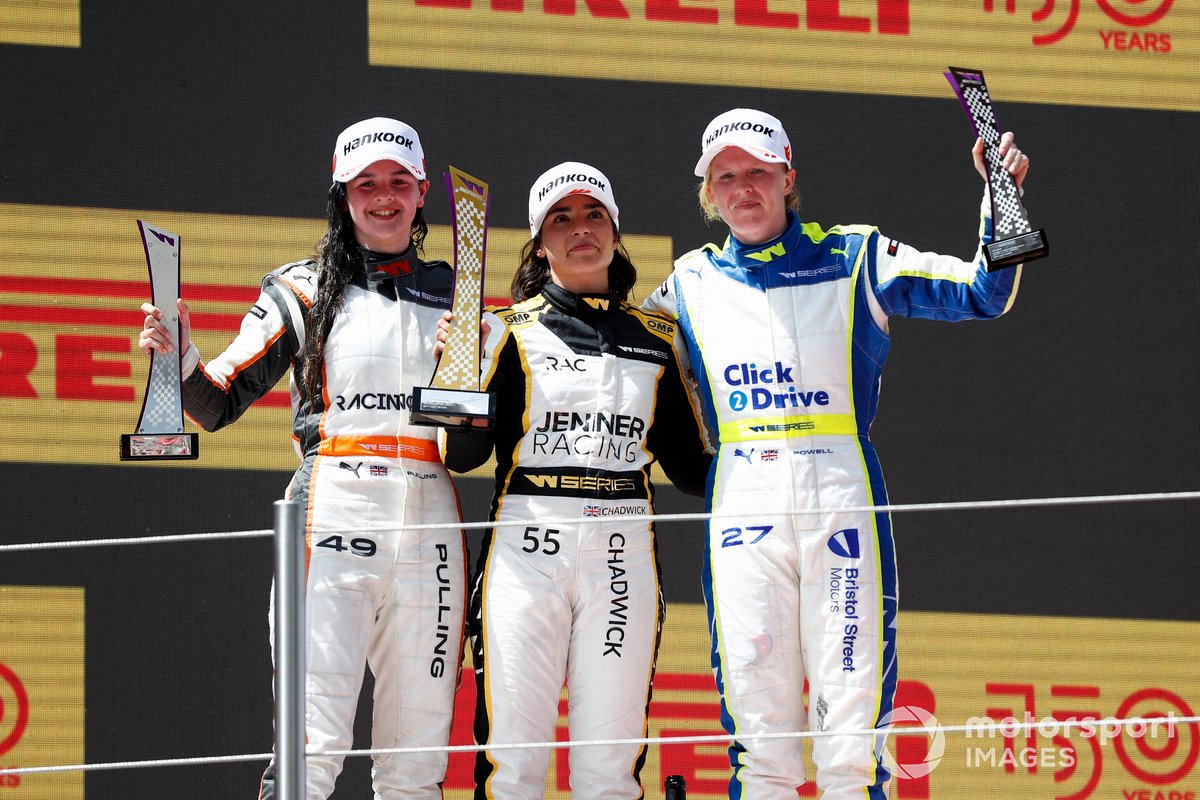 With five consecutive wins under her belt dating back to late 2021, and a points tally almost double that of second-placed Abbi Pulling, Jamie Chadwick heads to Silverstone with her best chance yet of taking a home win. The double champion has been head and shoulders above the rest of the grid so far this year, and looks on course to seal a third title.

Chadwick held off a challenge from Emma Kimilainen to take the opening race of the season in Miami, before cruising from lights to flag to do the double in the Florida round. Barcelona provided another dominant victory from pole.

After losing out to compatriot Alice Powell in both of the series’ previous British rounds – at Brands Hatch in 2019 and Silverstone last year – Chadwick is aiming for her first victory at home.

But both Pulling and Powell, who sits third in the standings, will be angling for the top spot at their home race, while compatriots Abbie Eaton, Jessica Hawkins and Sarah Moore will all be hoping for a strong showing in front of their local crowd. 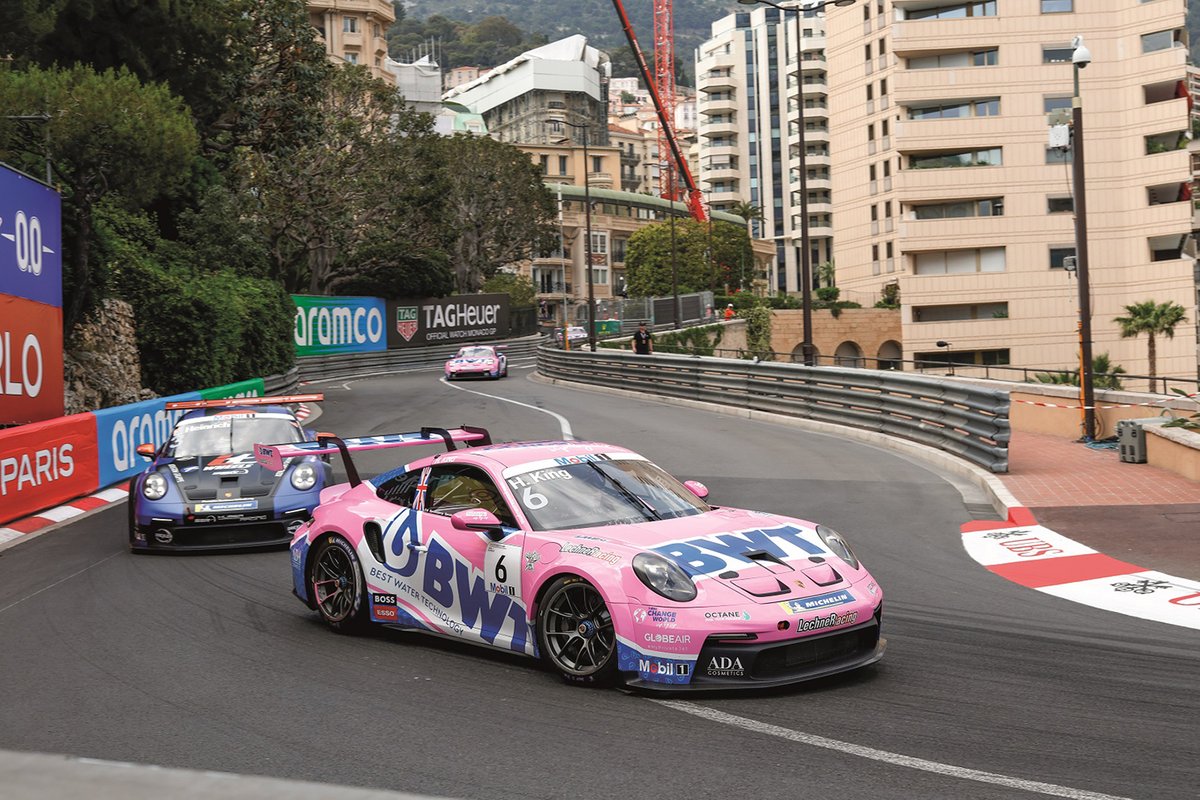 Porsche Carrera Cup GB champions have struggled to enjoy the same success when they have stepped onto the world stage in the Porsche Supercup in recent years. For example, Dan Cammish, Josh Webster and Tio Ellinas all failed to top the podium in the competitive series. And it was a similar story for Harry King last year.

The 2020 Carrera Cup GB dominator managed a best result of sixth during a partial 2021 campaign. Although, he was not helped by constantly swapping between the old and new versions of the 911 GT3 Cup car as he raced in Britain and Europe.

But King has been back on form this year, having moved to ultra-successful Lechner Racing. He grabbed a podium at the Imola Supercup opener and then had qualified on the front row in Monaco, only for a yellow-flag infringement to leave him fifth – which is where he finished.

“It’s my first full season in Europe – and we’ve had really good preparation for this year and that’s paid off,” says King, who adds, “it was very reassuring to know the pace is there” despite his Monaco disappointment.

But despite this weekend’s Supercup Silverstone race being his home event, King admits six years of racing on the National layout means he has little experience of the Grand Prix track. “It’s probably the circuit I’ve driven the least on the calendar!” he says. “It’s the home of the BRDC, which I’m proudly a member of, as well as the BRDC SuperStars programme, so I’m looking for a strong finish in front of the home crowd.”

There are plenty of rivals to deny King the chance to reign supreme, not least double champion and series leader Larry ten Voorde and 2020 runner-up Dylan Pereira, while last year’s Carrera Cup GB frontrunner Lorcan Hanafin will be seeking to improve upon his current best finish of eighth. 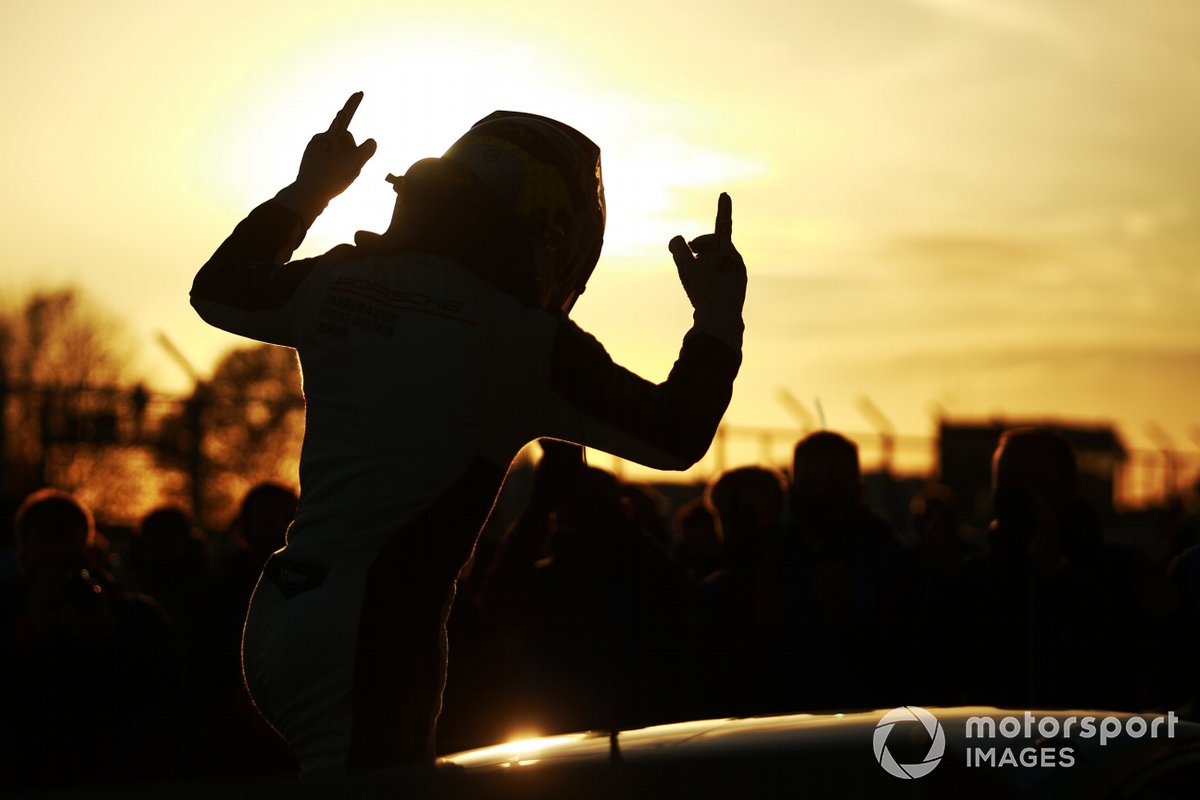 King is keen to impress at his home event