The 2019 Macau Grand Prix winner made the most of a medium tyre run in dry conditions to head the times in the three hour morning session, which ultimately proved the fastest lap of the day.

Verschoor posted a 1m28.280s time in the final hour of the morning to pip Campos Racing’s Ralph Boschung by 0.194s at the Circuit de Catalunya-Barcelona.

The lap was 1.3s faster than Friday’s benchmark set by ART Grand Prix Christian Lundgaard on the hard compound tyre.

Teams were able to select from Pirelli’s new-for-2021 hard and medium compound tyres for the three-day test. The hard compound made its debut at the season opening round at Bahrain last month, while the medium tyre is yet to be raced.

As the session progressed, Verschoor shot to the top where he remained at the chequered flag ahead of Boschung, as Drugovich dropped to third, only 0.264s shy of the pacesetting Dutchman. 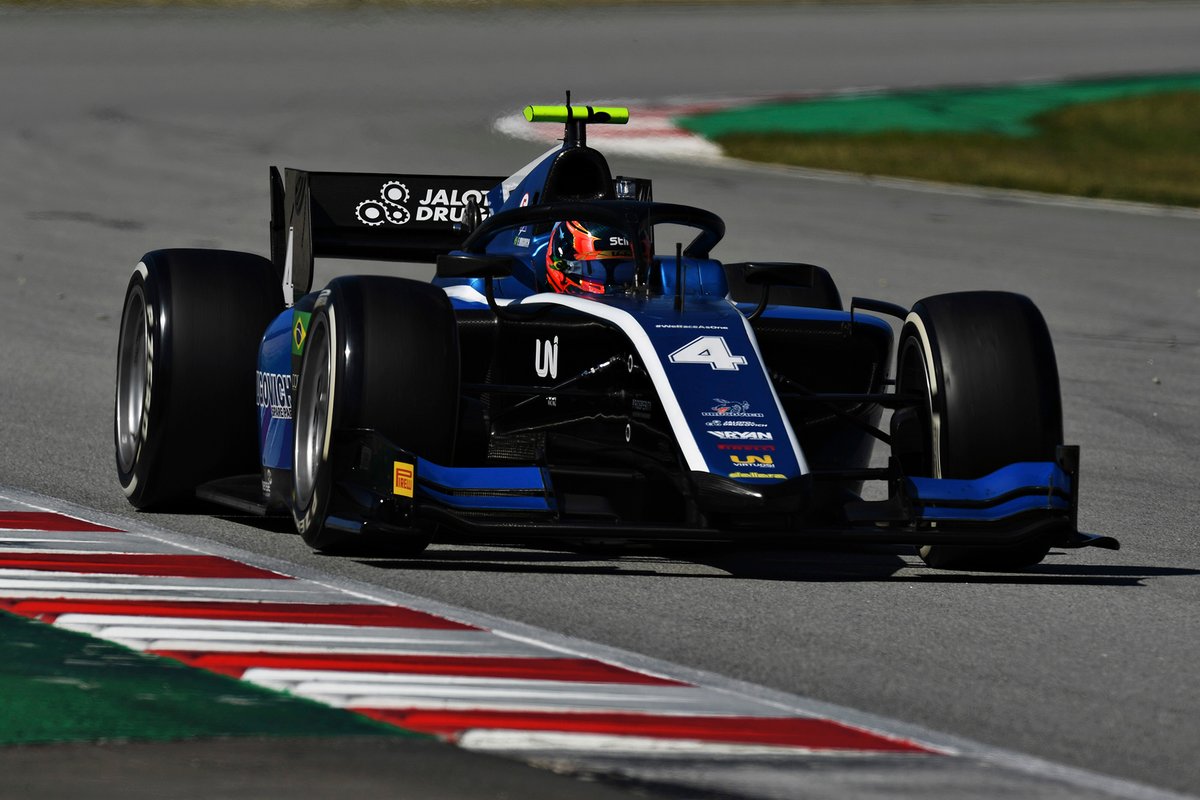 Times were slower in the afternoon session, as Charouz Racing System’s David Beckmann topped the timesheets with a 1m29.384s that would have placed him 19th in the morning run.

The Bahrain podium finisher was 0.126s faster than team-mate Guilherme Samaia, who proved his nearest rival while Verschoor was third.

Early pace-setter Gianluca Petecof (Campos) dropped to fourth at the flag ahead of Drugovich and Zendeli.

Championship leader Guanyu Zhou clocked the 12th- and 17th-best times in the two sessions, while Prema Racing pair Piastri and Robert Shwartzman ended up 16th and 18th in the quicker morning run.

The duo ended the afternoon with Shwartzman in 10th spot, after causing one of three red flag periods in the session, while Piastri again placed 16th.

HWA driver Alessio Deledda stopped on track in two separate incidents, bringing out the red flags to account for the other stoppages.