Richard Verschoor will fill MP Motorsport's yet to be confirmed second FIA Formula 2 Championship seat for pre-season testing in Bahrain this week.

The 2019 Macau Grand Prix winner has appeared on F2's official entry list for the three-day test, which will be held from 8-10 March at the Sakhir Circuit.

MP Motorsport is the only team yet to reveal its full-line up for the F2 season, having only confirmed FIA Formula 3 graduate Lirim Zendeli so far.

Verschoor has been linked to a full-time drive with the Dutch squad, with the 20-year-old's appearance at the test heightening expectations that he will again link up with the team he first raced with in 2016 when he won the Spanish and SMP F4 championships.

His Macau victory also came with the team, for which he finished ninth in his second full F3 season last season.

At the test, teams will have the choice of both hard and soft compounds. Each car will be assigned six sets of prime and two sets of option tyres, the same allocation the drivers will receive for the opening round of the season at the same venue on 27-28 March. 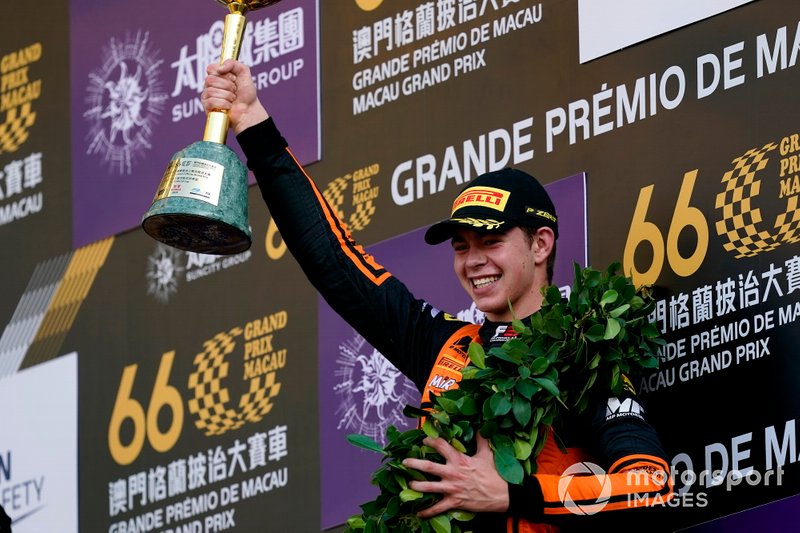 Hitech Grand Prix features an all rookie line-up of New Zealander Liam Lawson and Juri Vips, who is gearing up for a first full season of F2 after subbing for an injured Sean Gelael at DAMS for four rounds last season.