Ferrari junior Robert Shwartzman was left "super sad" after a challenging start to his FIA Formula 2 Championship campaign in Bahrain.

The Prema Racing driver headed into last weekend's season opener tipped as a clear favourite for this year's title, after scoring twice as many wins (four) as 2020 champion and Prema teammate Mick Schumacher last year.

However, Shwartzman left Bahrain eighth in the standings after a difficult weekend punctuated by misfortune, contact and a drive-through penalty.

The 21-year-old was forced to start from 11th in race one after his car went into a safety mode in qualifying, preventing him from challenging for pole position.

A stunning drive from 11th to fourth in race one proved the only the real highlight from the three races.

Shwartzman retired from race two after a clash with Dan Ticktum, before recovering to seventh in Sunday's feature race, following a drive-through penalty incurred for punting Roy Nissany out of the race in the opening laps.

The early title contender was left to rue the weekend having felt he had the car underneath him to challenge for podiums in all three races, further underlined by rookie teammate Oscar Piastri winning race two. 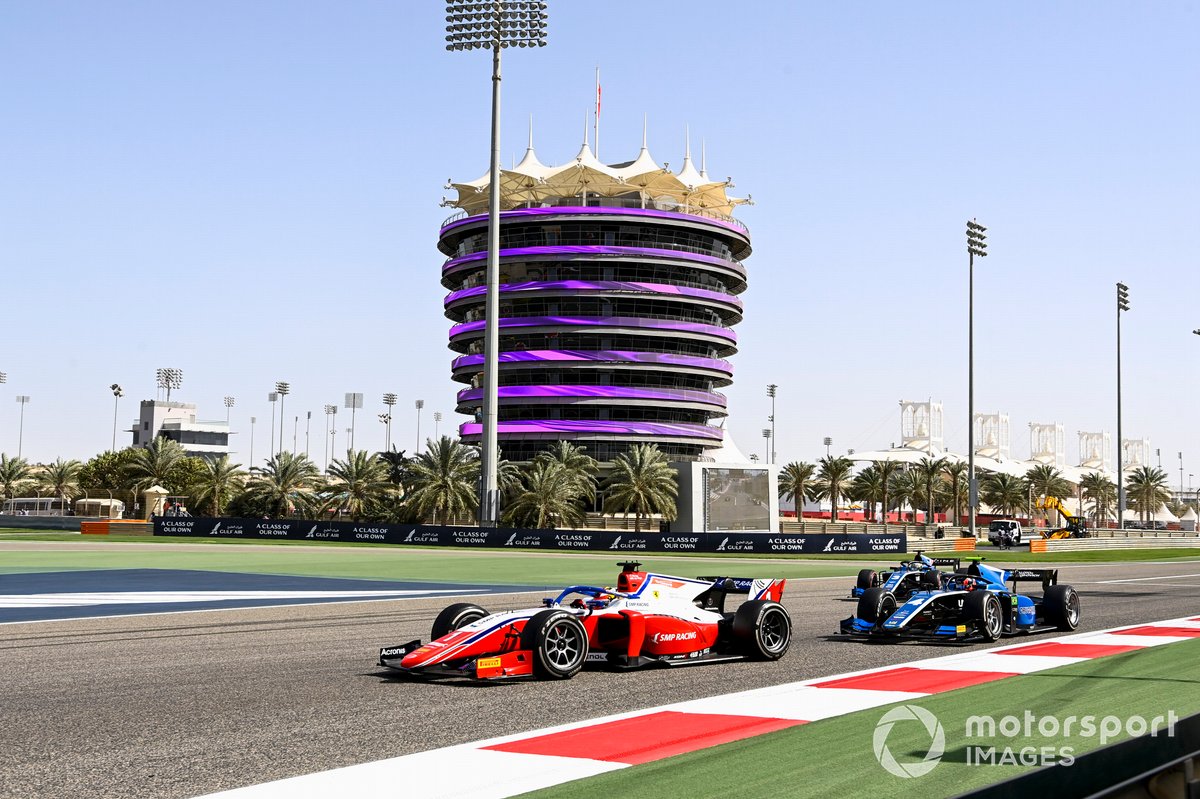 "I'm super sad about how this weekend turned out since the car and balance were quite good," said Shwartzman.

"I think we had enough potential to battle for the podium in all three races. I made quite a good start [in the feature race, but there was no room, and I was a bit confused about where to go.

"Then, in turn 3, [Marcus] Armstrong pushed me off on the kerb and into the gravel, which could have been dangerous. I lost positions, and I reached turn 4 with dirty tyres. I locked both front tyres and hit Nissany.

"It's my fault, and I take all the blame, I couldn't control anything at that stage. I served the drive-through, which was fair, and then tried to do the best I could to recover. In the end, we finished P7, close to P6 and with the fastest lap time.

"Now it's time to go back to work and focus on the next round."

The championship will head to Monaco for its second round of the season on 20-22 May.