Sean Gelael back to F2 for Hungary after penalty controversy

Sean Gelael will return to race in Formula 2 at the Hungaroring, after withdrawing prior to the Silverstone races following a penalty he had received in practice

Prema Racing driver Gelael had tangled with Louis Deletraz in practice at Silverstone - which Deletraz called a racing incident - but the stewards elected to penalise Gelael just hours before the first Silverstone race.

Friday morning was a very short session for Sean Gelael ?

He and Louis Deletraz tripped over one another in practice#BritishGP ?? #F2 pic.twitter.com/EnJMMC3Pdk

Gelael elected to leave the track and later told Autosport it was a "matter of principle" not to compete in the races.

He cited a number of other stewards decisions, as well as the call to give him both a reprimand and penalty points on his racing licence. 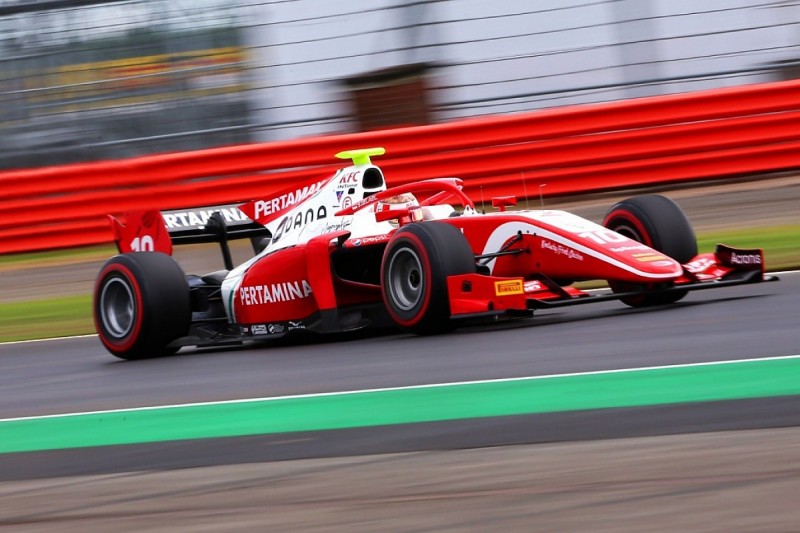 Gelael has confirmed to Autosport that he will return to the field when the F2 season resumes on the Hungarian Grand Prix support bill next weekend, alongside regular Prema team-mate and Ferrari Formula 1 junior Mick Schumacher.

Gelael began his F2 career at the Hungaroring in 2015 with the Carlin squad when the series was known as GP2.