Pourchaire makes the step up to the Formula 1 feeder category on the back of a successful maiden season with ART in FIA Formula 3, where he lost out on the championship by just three points to Prema rival Oscar Piastri.

The 17-year-old however beat the other two Prema drivers, Logan Sargeant and Frederik Vesti, with the latter being recently added to Mercedes' young driver programme.

Pourchaire already has limited experience of F2, having competed in the final two rounds of last year's campaign with HWA.

With this announcement, the top two drivers in last year's F3 season have both secured a graduation to F2, with Piastri already having been named as Mick Schumacher's replacement at Prema alongside Robert Shwartmzan.

"I am very happy to be able to continue with ART Grand Prix!" Pourchaire, who won the 2019 German F4 title, said.

"This team gave me the opportunity to drive in F3 last year and now accompanies me to the gates of Formula 1, in F2.

"This year my aim does not change, I'm still aiming for the top. I would like to thank Sauber Academy, ART Grand Prix, my sponsors and my family.

"I feel perfectly ready for this new season. I will probably be the youngest driver in the F2 championship this year, so the goal will be to gain as much experience as possible and to progress throughout the season!"

ART finished fifth in the 2020 standings, with its top driver Christian Lundgaard ending up seventh in the drivers' championship after bagging two wins over the course of the season. 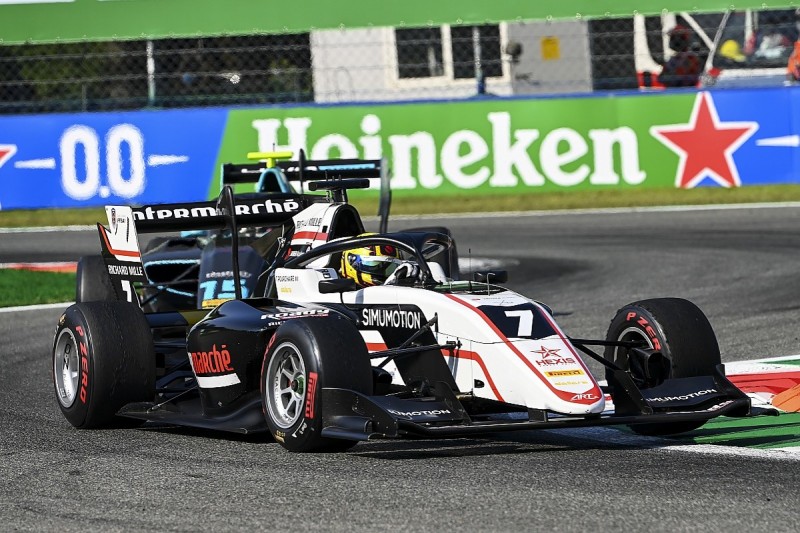 Lundgaard tested for ART in last month's rookie test in Bahrain, but hasn't officially been retained by the team for this year. His 2020 team-mate Marcus Armstrong has moved across to join DAMS.

"Theo's progress has been remarkable since his debut in motorsports," ART team principal Ssbastien Philippe said.

"Beyond the final result, he impressed the team by his evolution in a delicate context and with an extremely competitive field.

"Theo had nothing to gain by doing a second season in F3 and his move to F2 is the logical next step of our collaboration.

"The step is high, but between his talent, his determination and his thirst for learning, I'm sure he can make this transition a success."