Theo Pourchaire will start the opening FIA Formula 2 Championship race from pole position after Juri Vips was disqualified from Bahrain qualifying for a technical infringement.

Hitech Grand Prix driver Vips has been removed from the qualifying results after FIA stewards determined that the undertray fins of car #8 were not in compliance with Article 4.3.13 of the F2 Technical Regulations.

Vips, who had been fifth fastest in Friday’s 30-minute qualifying session, will now start Saturday’s opening race and Sunday’s feature race from the back of the grid.

As a result of the disqualification, F3 graduate Pourchaire is promoted from 11th to 10th and will now start the first of Saturday's two sprint races from pole, as per the championship’s new top 10 reverse grid format.

The second sprint race will feature a reverse of the order from race one, with the feature race on Sunday set by the qualifying order.

David Beckmann had been set to start from pole, but will now join Pourchaire on the front row in second position.

The UNI Virtuosi driver will start the first sprint race from 10th position.

Meanwhile, F2 title favourite Robert Shwartzman has explained the reason for bringing out the red flag during qualifying. 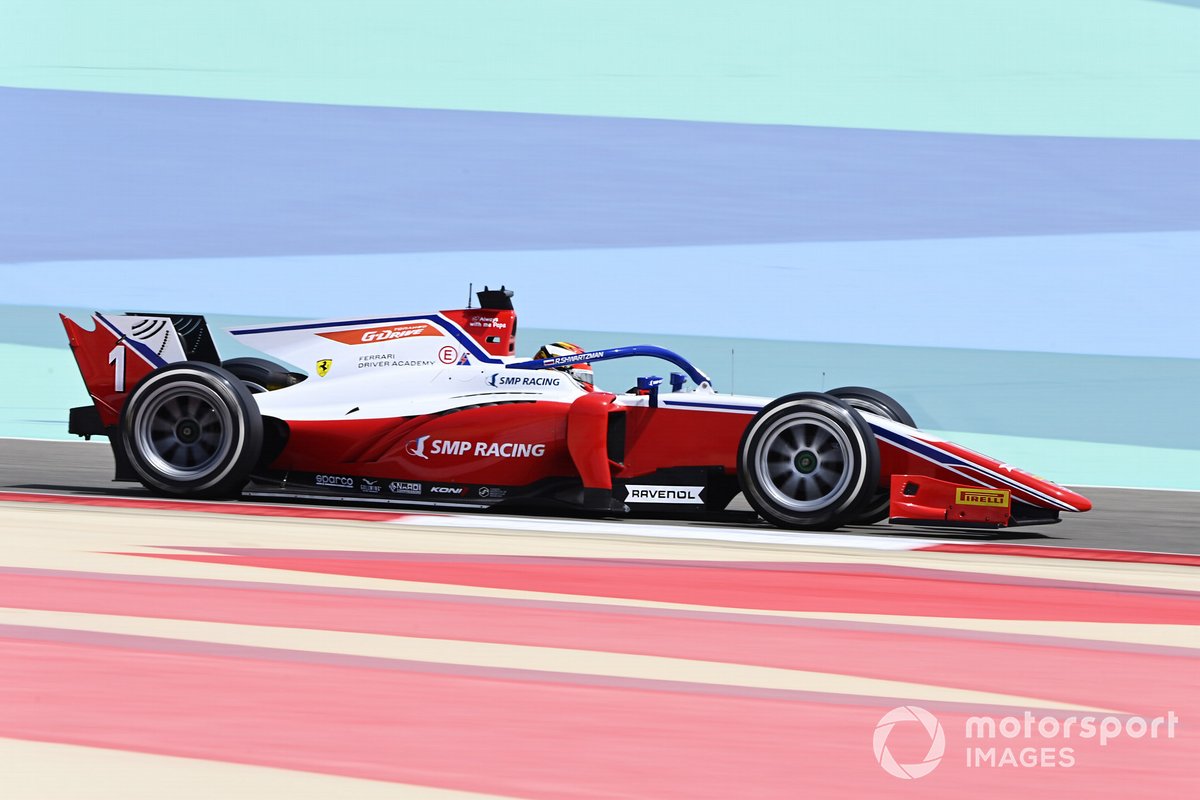 The Prema Racing driver says his car went into a ‘driver safety mode’, resulting in the Ferrari Driver Academy member grinding to halt at the final corner.

Shwartzman was unable to rejoin the session leaving him a lowly 11th on the grid for Race 1.

“Unfortunately after my warm up lap the car stopped because of a system that places it into driver safety mode if you hit too hard the brakes while on the throttle,” he said.

“While warming up, I overreached the limit of braking, and my car switched off. I was not able to restart anymore, and we basically lost our second run in qualy and a top five starting position.

“I’m very disappointed but judging from testing, I think we have a great race pace.

“I’m going to do my absolute best in race one and see where we end up. It’s going to be tough, but I will try to pass as many cars as I can and finish in the highest possible position.”

Saturday’s opening sprint race of the season is due to begin at 10.25 GMT.