Oscar Piastri has revealed he is in line for more Formula 1 testing opportunities this year if decent results are achieved during his rookie FIA Formula 2 campaign.

The reigning FIA Formula 3 champion is making the step up F2 this year with champion outfit Prema Racing and is among a group of young drivers expected to impress.

Already a rising star in the junior ranks, Piastri was snapped up by the Renault Sport, now Alpine Academy, in 2020, resulting in a F1 test in a 2018 specification R.S.18 Renault F1 car at Bahrain late last year. The test day was shared between fellow Alpine Academy members and F2 drivers Guanyu Zhou and Christian Lundgaard.

It is that duo Piastri will be going up against for future F1 tests, but the 19-year-old Australian says he could be back in an F1 car this season if he performs in F2.

“The academy has the R.S.18 testing program in place so that will still be running throughout the course of this year,” said Piastri.

“If my results are good, and I know what I have to do, then yes there are F1 opportunities.

“There is nothing set in stone at the moment but I know there are chances for me to drive an F1 car again providing my results are good enough, so hopefully there are a few more F1 outings this year.”

Looking ahead to an F2 debut in this weekend’s season opener in Bahrain, Piastri has refused to set himself any targets for his first race in the faster and far more challenging F2 machinery.

“I think for my first result it depends on where we are as a team,” he said. 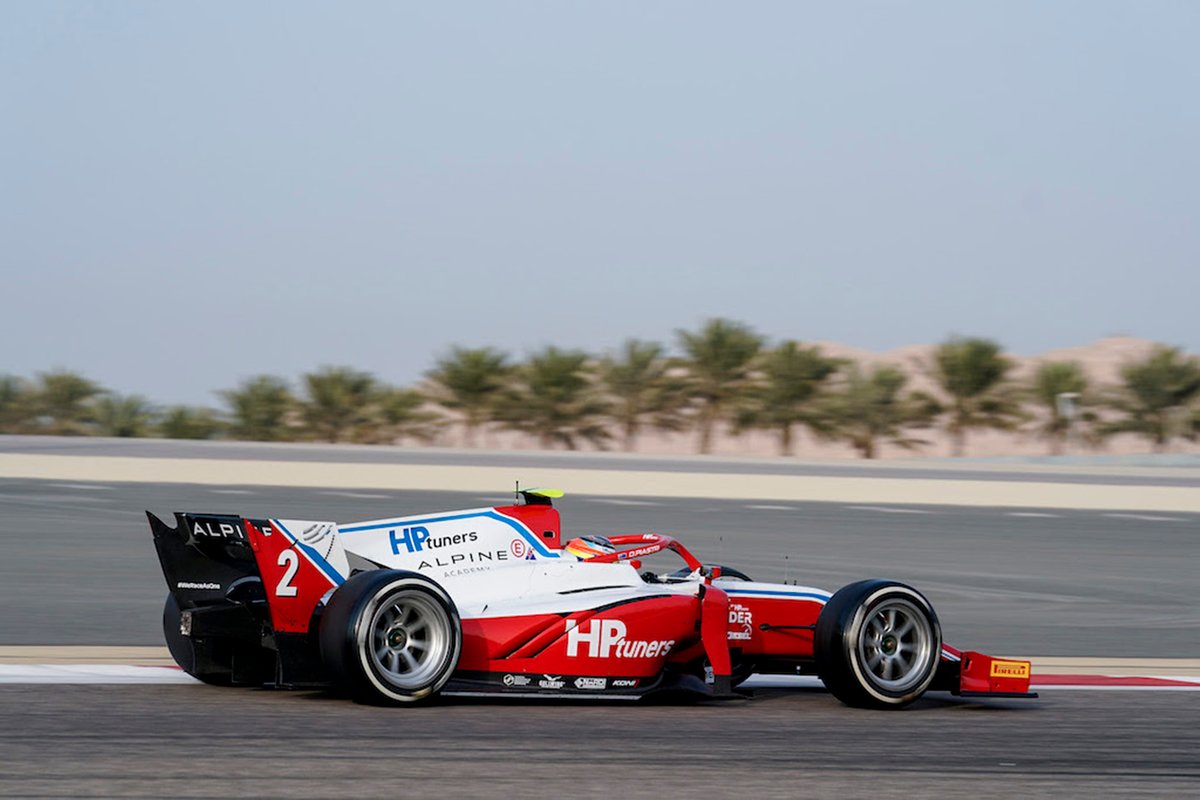 “It depends a lot on what sort of shape we are as a team because it is not just up to me to decide the result in this sport.

“I don’t really have any concrete things I want to achieve,” he added, when asked about his overall championship aspirations.

“Obviously I want to be fighting for race wins and hopefully the championship.

“Fighting for the title in your rookie year is no easy feat so it is going to be tough, but I said the same about F3. I’d like to be pushing for race wins and pole positions as well as It is something I’d like to get that I didn’t get last year.”

One aspect he will be paying close attention too is tyre management given Bahrain’s particularly abrasive surface and the introduction of new hard compound tyres.

The new Pirelli rubber was trialled in pre-season testing at the Sakhir circuit earlier this month and has been widely regarded as more complicated to manage compared to its previous iteration.

“I think tyre management everywhere is going to be important, but it is most important at Bahrain," said Piastri.

“I haven’t done any F2 races yet but looking from the outside Bahrain looks like a very high deg circuit, and in the past we have seen in the sprint races people doing pit stops.

“I think that speaks for itself how high deg the nature of the circuit is, so I think managing tyres is an important part and arguably more important than having outright pace.”

The new F2 season commences on Friday, beginning with a 45-minute practice session.