Oscar Piastri struggled to process his maiden Formula 2 victory which he has labelled his ‘craziest ever’ in his fledgling career.

The Australian F2 rookie produced a stunning drive in the final stages of the second sprint race on Saturday to jump from eighth after making a late stop for tyres to the win, courtesy of a final-lap pass on long-time leader Guanyu Zhou.

Piastri had started the race from sixth but was unable to make much progress on the hard tyres, but an inspired decision to switch to softs under a late second safety car period proved dividends.

The FIA Formula 3 champion was able to rocket through the field helped by Juri Vips, who was also challenging for victory, retiring with a technical issue.

“Regardless of whether this is the second or the last race I do in F2 I think that has got to go down as the craziest race I’ve ever had and craziest victory I’ve ever had,” said Piastri.

“I can’t thank the team enough obviously the pitstop to softs at the end was the right move.

“I made some good moves in the end and put myself in a good spot and here we are on the top step.

“To be honest while I was on hards it was pretty easy to keep a calm head as I was going backwards but once we put softs on I think I came out eighth, I knew there was only four or five or even less cars ahead that had put softs on. I knew we were in a good spot.

“That win was in sight with two laps to go. It was pretty crazy and I’m still processing it to be honest.” 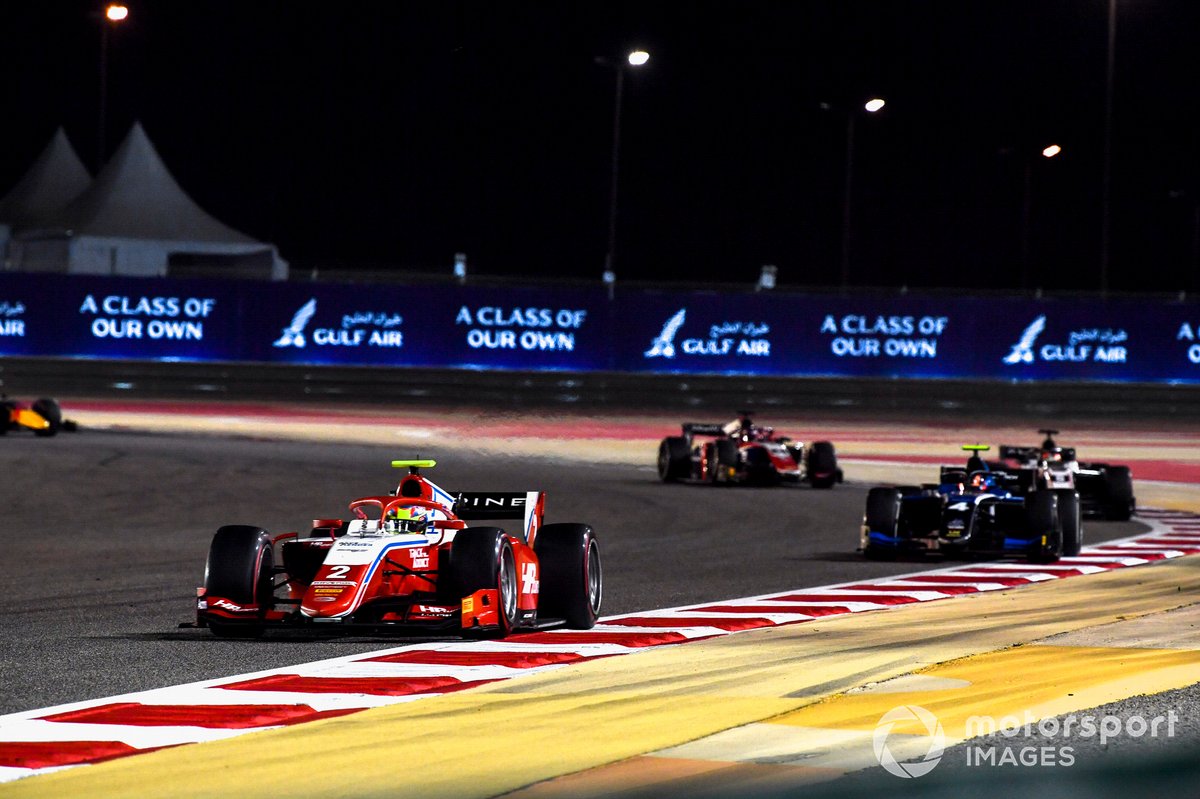 It proved to be a strong day for F2’s rookie crop as Liam Lawson claimed victory in the opening sprint race of the weekend with fellow newcomer David Beckmann in third.

Lawson was in with a chance of adding to his podium haul in race two before contact with Felipe Drugovich put him out of the race. Drugovich was handed a 10-second penalty for his actions.

“I’m a bit speechless at the moment, honestly,” said Lawson after his race one victory.

“It’s awesome to win races but obviously the end goal is the championship. So it’s a good start, but there’s a very, very long way to go.

“I didn’t expect it but it was certainly something I hoped for and pushed for.

“We had a strong pre-season. The testing obviously here was really good, but because it was here, everybody did the test as well, so we knew it would be extremely close. Hopefully we can carry this on.”

The Formula 2 field will be in action on Sunday with the championship’s first feature race of 2021 set to begin at 11:50am BST.