Roy Nissany has been handed a five-place grid drop for the next FIA Formula 2 race after causing a collision with Dennis Hauger in Sunday’s race at Silverstone.

The DAMS driver went wide towards the end of the straight after Stowe, coming back on track and making contact with the reigning FIA Formula 3 champion.

Hauger was then forced off across the grass at Vale and flew over the sausage kerbs, coming back on track and landing on Nissany’s car as they both piled into the gravel.

The halo once again proved a crucial safety measure, protecting Nissany’s head as Hauger’s car landed on top of him.

The FIA said Nissany “fully accepted blame” for the incident and was “wholly responsible.”

He was handed three penalty points, bringing his total for the season so far to six. 12 points result in a race ban.

The FIA said: “Having considered the matter extensively, the Stewards determined that Car 16 left the track at Turn 15 after making an error.

“The Driver rejoined the course at the exit of the corner and rather than focusing on a safe merge into traffic, made an unpredictable and unsafe move to defend his position that initiated the contact with Car 1.

“Car 16 was wholly responsible for the collision and fully accepted blame for the incident.” 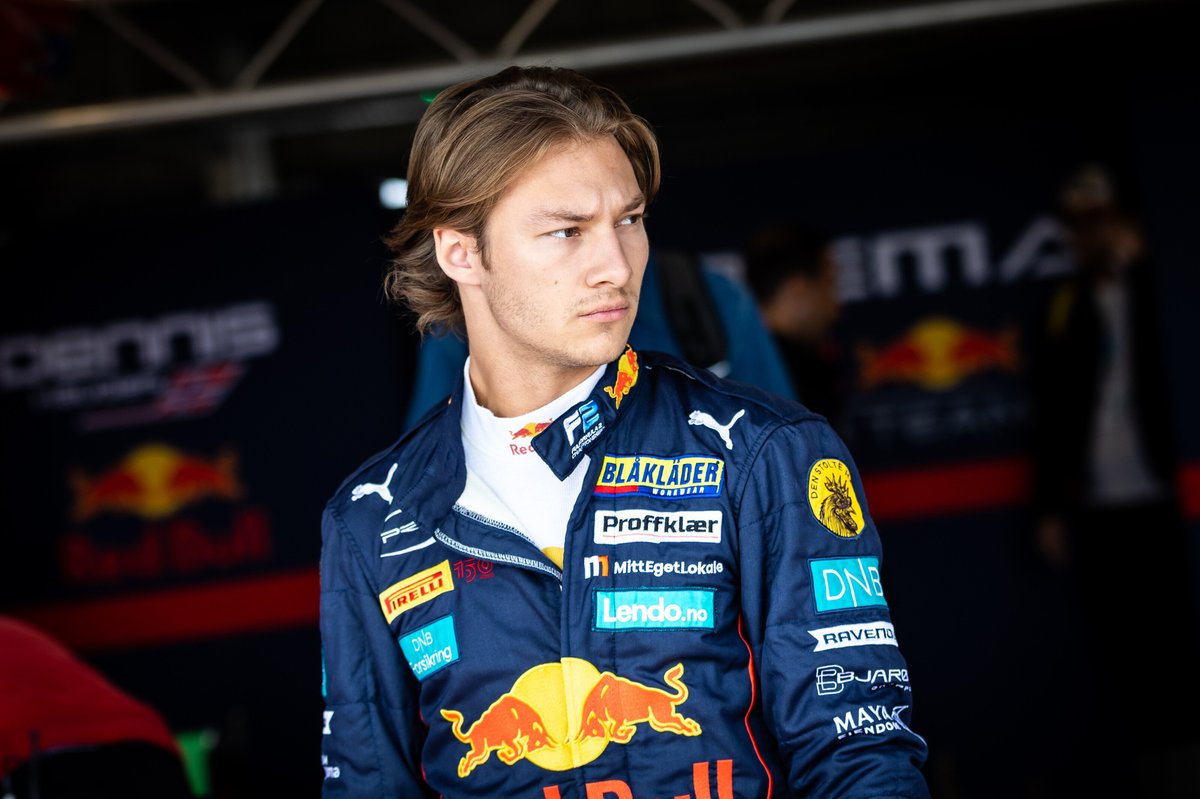 Nissany, who is the Williams Formula 1 reserve driver, also served a penalty this weekend for an incident he caused at the last round in Baku.

He was handed a three-place grid drop for Saturday’s sprint race for causing a collision with Cem Bolukbasi.

Nissany had attempted to pass the Charouz Racing System driver around the outside of Turn 2, but his front left wheel collided with Bolukbasi’s right rear wheel, causing both drivers to crash into the barriers and ending their race.

The DAMS driver has previously been criticised for his driving style by other drivers.

After an incident in Bahrain earlier this year, Richard Verschoor said Nissany’s conduct was  “dangerous” and that he “doesn’t deserve a racing licence”.

Nissany had bunched up the midfield during the feature race at the season opener after defending aggressively, which caused Verschoor to be knocked out the race by Enzo Fittipaldi.

Verschoor blamed Nissany for the incident, and said: “I just don't get it. I can understand that you race someone hard in to destroy his tyres, but this is beyond all limits.

“He goes beyond all the rules, this should not be possible and certainly not at this level. It is one thing for him to wreck my race, but these actions are just dangerous.

“I don't know what he was up to, but racing with him like this is nothing.”