De Vries was at the end of his in-lap when he nudged the back of fellow McLaren junior Norris's Carlin-run car at Rascasse.

After the first few minutes were used for a planned virtual safety car phase, Ralph Boschung became the first driver to go below 1m30s in a session in which the benchmark time was constantly beaten.

Norris, Artem Markelov, Sergio Sette Camara and Luca Ghiotto all led at times in the first half of the session, with Norris ahead of Sette Camara in a Carlin one-two going into the final 10 minutes.

De Vries then set his best time of 1m21.670s to go nearly seven tenths clear at the front.

Norris was also narrowly edged out by Nicholas Latifi, the Force India Formula 1 test driver jumping up to second minutes after going off at Sainte Devote. 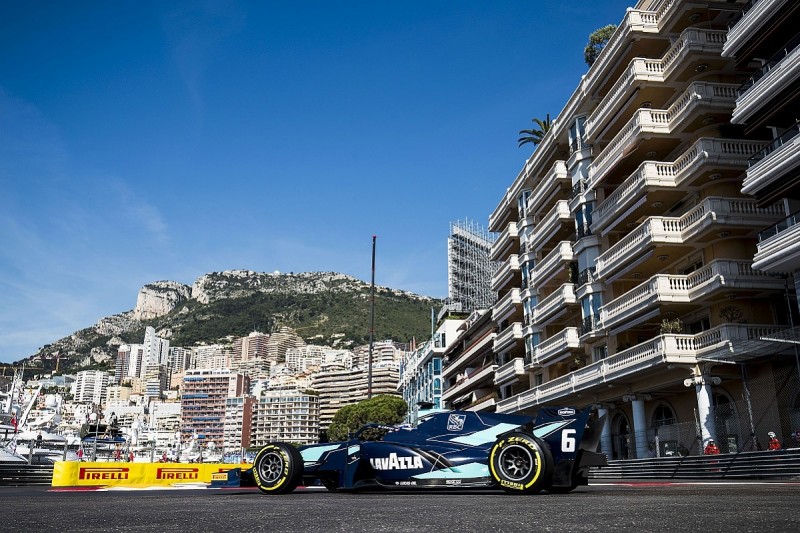 Markelov was seventh, the last driver within a second of de Vries.

The Russian beat Louis Deletraz by 0.019s as Maximilian Gunther and Ghiotto completed the top 10.

ART's George Russell completed just four early laps and ended practice without a representative lap time, more than 20s off the pace. He said afterwards that he had suffered an engine problem on his warm-up lap.

Along with pacesetter de Vries, Antonio Fuoco also damaged his front wing in the session after hitting the kerbs too hard on the exit of the second Swimming Pool chicane and making contact with the barriers.