Schumacher signed with the Ferrari Academy in the summer, joining the junior operation of the F1 team that Michael won five world titles with.

Mick is preparing to make his debut in Formula 2 next weekend in Bahrain with Prema Racing, graduating after winning the European Formula 3 Championship with the same team.

"Being compared to my father was never a problem for me," said Mick.

"For me it's pretty simple, being compared to the best driver ever in F1 history is the goal you want to achieve.

"I feel honoured to be compared to him.

"I can just learn and try to improve." 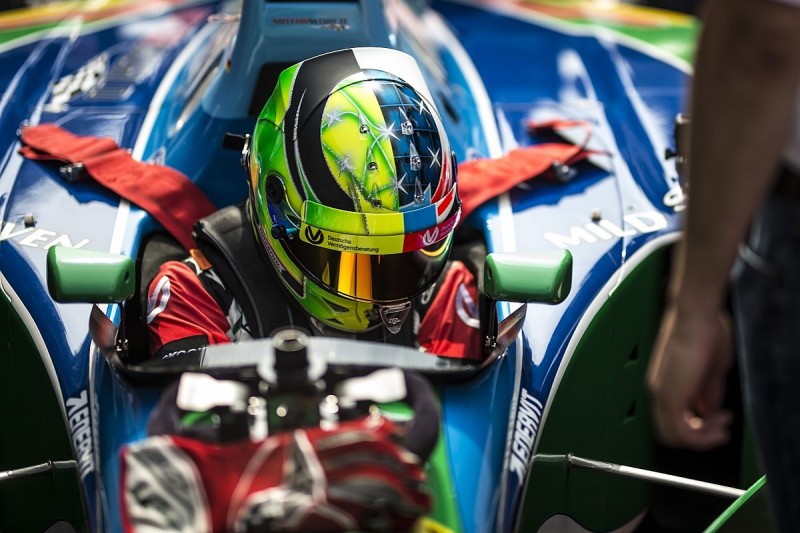 Mick Schumacher topped one day of the Jerez pre-season test, and has impressed the Prema team - which won the 2017 F2 title with Ferrari driver Charles Leclerc - with how quickly he has settled into the car.

In the second test in Barcelona, he did struggle adapting to the Pirelli tyres, but both driver and team are confident that they can overcome that come the start of the season.

"The conditions in Barcelona were far cooler than what will likely meet the teams in Bahrain.

"You have to understand the tyre 100%, and then you can be sure you will do a good job," he added.

"That will be the most difficult part, to understand and to grow with.

"My goal for this year - this year more than ever - is to learn as much as possible.

"Gather the information around me, to learn from everyone. It's a different challenge this year."

Schumacher started with Prema in 2016, finishing second in German and Italian Formula 4 respectively, and he remained with the team for the next two seasons in European F3.

"One of the reasons I have stayed with Prema for four years now is because it feels like home, we're part of a family," he said.

"We grew since F4 together and there's a lot of trust, we've built that over the years and the team trusts me and I trust them, it's one of the best combinations you can have in motorsport."