De Vries, the 2014 Formula Renault 2.0 Eurocup champion, had flirted with a move out of single-seaters to GT racing when he tested with Ferrari's factory GTE programme during the winter.

But Alessandro Pier Guidi was chosen to replace Porsche-bound Gianmaria Bruni in Ferrari's GTE squad and de Vries will now continue up the F1 junior ladder by moving into the recently rebranded F2 series.

"I would like to thank Rapax for their faith in me and everyone involved," said de Vries.

"It has been a tough ride, but here we are ready to fight."

The 22-year-old Dutchman, who had also been a race winner in Formula Renault 3.5 and GP3, tested Rapax's GP2 car last winter. 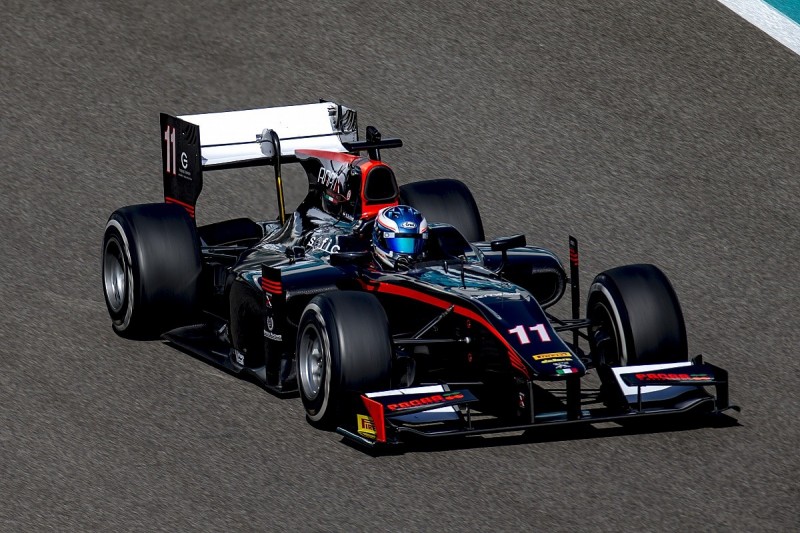 Cecotto stays on at Rapax after returning to the team for the final two rounds of the 2016 season following Arthur Pic's exit.

Now 27, Cecotto has raced in what was formerly known as GP2 on and off since 2009 and won four races.

"Our journey started in Malaysia last year and from the first moments there was a great feeling between me and the whole team," said Cecotto of his relationship with Rapax, that included a podium in the season finale.

"I'm overwhelmed that we managed to be at the start of this championship together and can't wait to sit in the car on Monday and continue from where we left off last year."

Rapax's announcement of de Vries and Cecotto followed news earlier in the day that Campos had signed GP3 graduate Ralph Boschung and was working on a deal with ex-Manor F1 driver Roberto Merhi.

Assuming Merhi secures that seat, the second Trident drive alongside Nabil Jeffri is the only remaining vacancy on the 2017 F2 grid.