Norris currently lies second in the F3 standings and believes he will move up in 2018, even if he does not take the title.

Although he admitted that his F1 test went "slightly better than I expected it would go" after lapping faster on the ultra-soft tyre than regular McLaren racer Stoffel Vandoorne had the day before, Norris thinks a move into F1 for 2018 is unlikely.

"McLaren is trying to keep Fernando [Alonso] and Stoffel, it's not really up to me," added Norris. 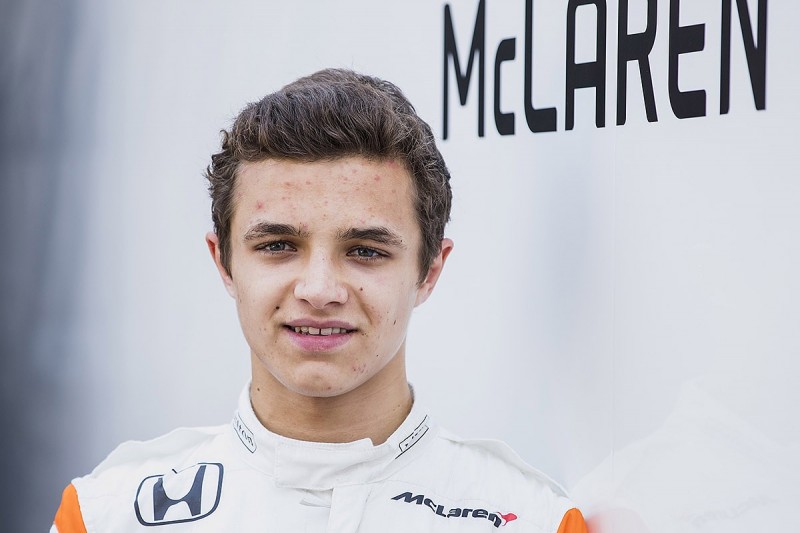 "I don't think it's going to be F1 next year, it's more likely to be Formula 2 or Super Formula.

"I don't think the test changes anything for this season - nothing is planned. For this year the focus is on F3 and I hope to win it."

McLaren has recent experience of both F2 and Super Formula, having placed Vandoorne in the Japanese series for a year following his then-GP2 title success in 2015.

Norris, who also won a McLaren simulator role as part of his Award prize, completed 91 laps on Wednesday at the wheel of the MCL32.