Christian Lundgaard set the fastest time in FIA Formula 2 pre-season testing so far to top the morning session on the second day in Bahrain.

The ART Grand Prix racer was the only the driver to dip under the 1m42s bracket as the Dane fired in an effort only 0.218s shy of the pole position time set by Callum Ilott at last year’s championship round at the Sakhir circuit.

Lundgaard had emerged at the top of the timesheets in the first hour with a 1m43.514s before progressing to a 1m41.697s, set midway through the three hour session, which ultimately stood until the chequered flag.

Times in general were much faster than those seen on the opening day as teams and drivers appeared to focus on qualifying simulations, logging far more laps compared to yesterday.

F2 rookie Bent Viscaal, driving for Trident, proved to be Lundgaard’s nearest challenger with the Dutchman having sat at the top of the leaderboard until the ART driver struck, leaving him 0.331s adrift.

New Zealander Marcus Armstrong was third fastest, only 0.010s shy in the #17 DAMS entry, but ahead of countryman Liam Lawson (Hitech Grand Prix) in fourth.

One of the early title contenders Robert Shwartzman enjoyed a far more productive second day of the test, logging 27 laps as he ended up fifth, in front of the second Hitech Grand Prix entry of Juri Vips. 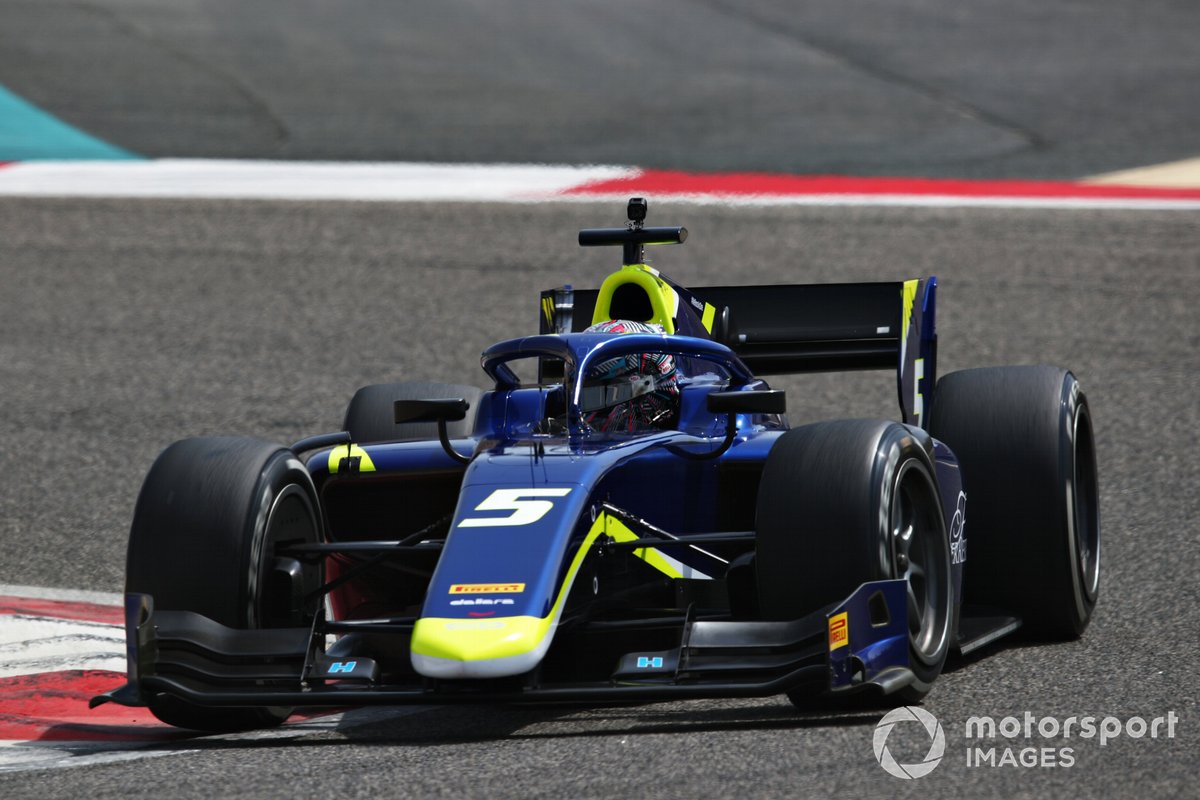 Charouz Racing’s Guilherme Samaia logged the most mileage putting 50 laps in the books in a session that was interrupted by two brief red flag periods.

The session was halted in the first and last hour, with the second stoppage appeared to have been caused by HWA Racelab’s Alessio Deledda, who suffered a mechanical issue in the final 20 minutes of the session.

Teams will be back in action later today for the afternoon session which concludes at 2pm GMT.