Rookie Liam Lawson kept his nerve to hold off a charging Jehan Daruvala and win an eventful opening FIA Formula 2 Championship race of the season in Bahrain.

Hitech Grand Prix driver Lawson made an electric start from third on the grid to lead the race which he did through its entirety but it wasn’t that simple.

The Red Bull juniors became locked in a thrilling battle for victory in the final laps of the 45-minute affair after a fine drive from Carlin driver Daruvala who climbed from fifth to second.

Lawson came under intense pressure from Daruvala in the final laps as tyre wear became a factor, but no matter what the latter threw at him he held on to take the chequered flag.

Fellow F2 rookie David Beckmann (Charouz Racing) secured the final spot on the podium, ahead of Robert Shwartzman following an inspired drive from 11th to fourth.

The front row of Theo Pourchaire and Beckmann were slow away from the start, allowing Lawson to leap into the lead as the field entered the Turn 1 braking zone.

It proved to be a frantic opening to the race as Pourchaire was briefly pushed down to third by Beckmann, before regaining the spot by the end of the first lap. 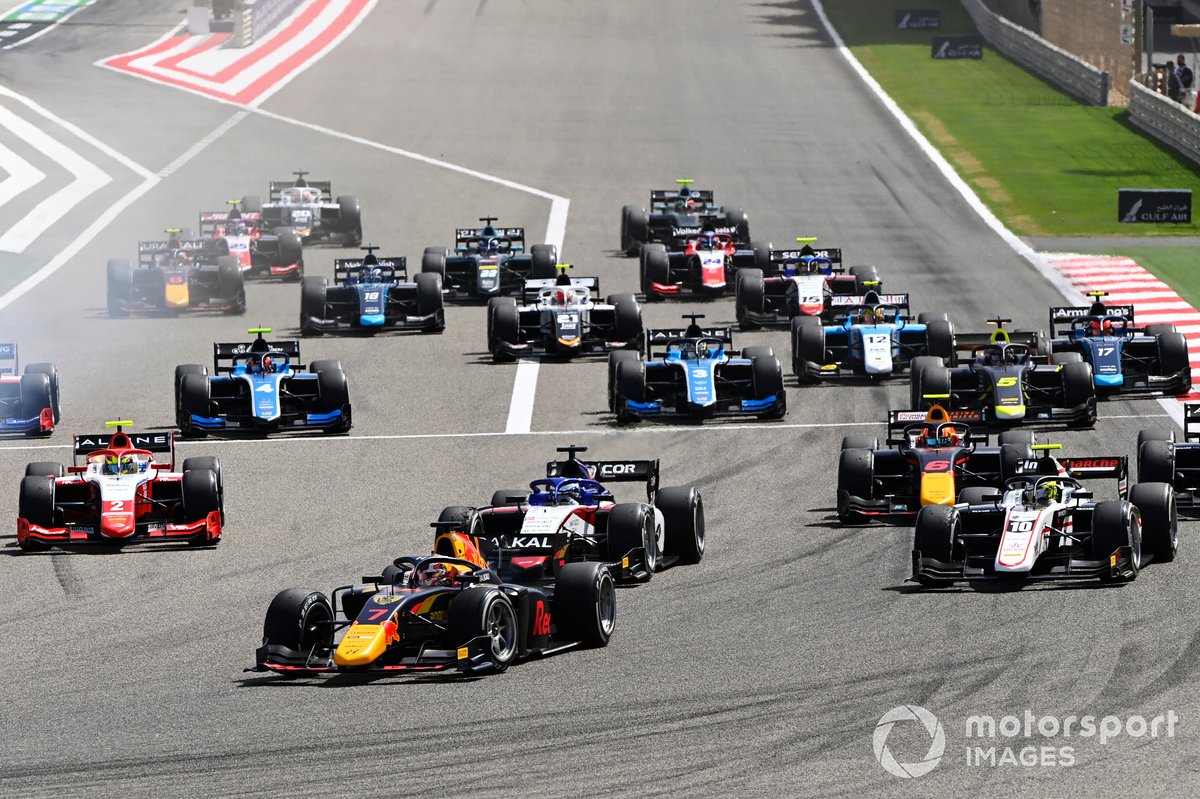 Further back, Shwartzman made a lightening start from 11th spot to end up fifth after three laps. His rise came despite a nervous moment with his Prema Racing team-mate Oscar Piastri, who almost made contact while attempting to dive underneath the Russian at Turn 10. Piastri recovered from running wide to slot into seventh spot.

More action was to follow as Dan Ticktum (Carlin) tagged the back of MP Motorsport’s Richard Verschoor sending the Dutchman into a spin at Turn 1, while fighting over seventh spot. Ticktum was handed a five-second time penalty for his part in causing the incident.

Meanwhile, Drugovich was forced to come into the pits to change a damaged front wing putting him to the rear of the field having started eighth.

The race was then briefly neutralised under a virtual safety car after Marcus Armstrong (DAMS) came to a halt at Turn 1. During this period the Campos Racing entry of Ralph Boschung also stopped on track with what appeared to be a mechanical issue.

Racing resumed on lap four with leader Lawson opening up a gap over the chasing Pourchaire, Beckmann, Daruvala (Carlin) and Shwartzman.

The battle for third began to heat up as Daruvala applied pressure on Beckmann for a series of laps, before making an excellent DRS assisted move around the outside at Turn 4 to take the position, as the race reached the halfway mark.

That third spot soon turned into second as Pourchaire suddenly slowed with an issue, parking the car on the side of the track at the Turn 10 exit as the stricken ART triggered a second virtual safety car period.

Daruvala continued his pursuit at the front as he started to reel in Lawson as the two broke away from the pack as tyre wear started to effect all drivers. 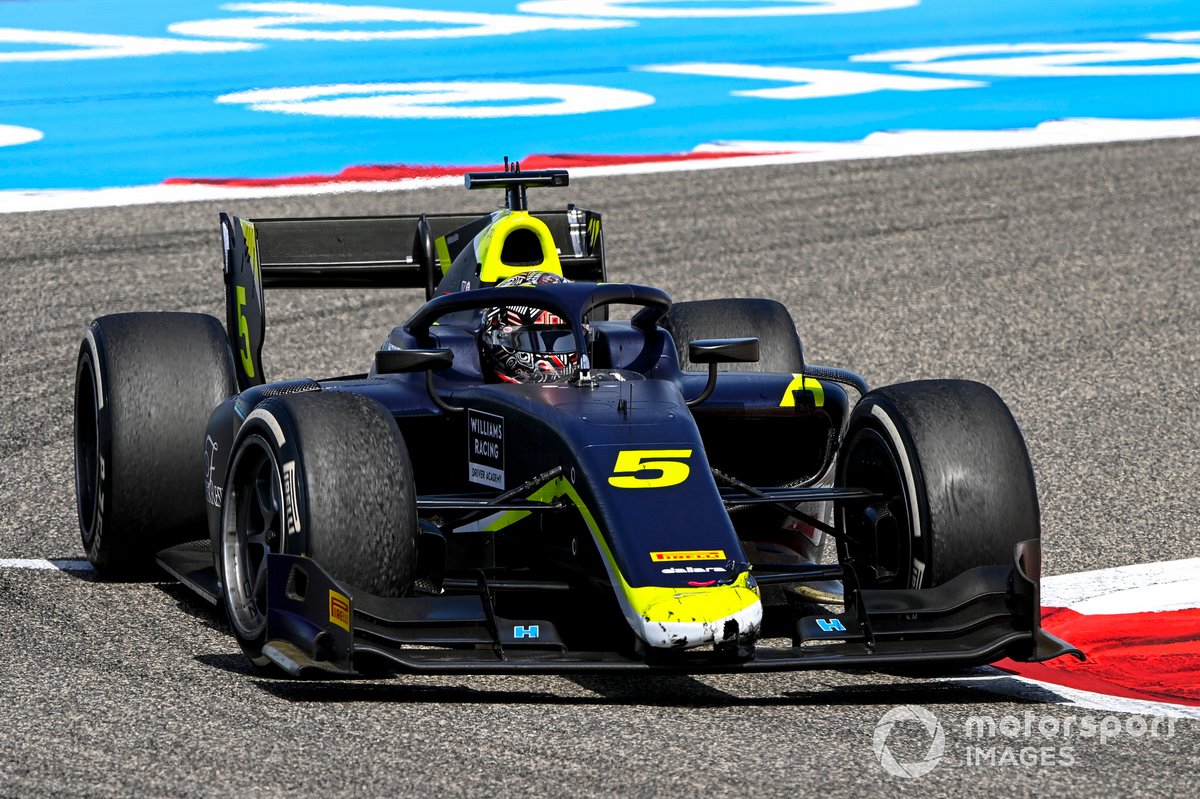 In the pack behind, Piastri was on the move as he took fifth from Lundgaard with a smart move at Turn 4.

However, at the front Lawson was put under increasing pressure on worn rubber by Daruvala, but the former managed to hold on to take the win as Beckmann came home a lonely third.

Shwartzman managed to clinch an impressive fourth despite coming under serious pressure from his rookie team-mate Piastri in the latter stages.

Lundgaard took sixth ahead of Alpine Academy rival Zhou while Ticktum dropped to eighth and the final points paying position after his time penalty was applied.

Lirim Zendeli and Juri Vips, who came from the back of the grid, rounded out the top 10.

The field will return for a second 45-minute sprint race on Saturday, due to start at 1640hrs GMT, with Vips set to start on the reverse grid pole position.

* Stewards have since issued a five second time penalty to Bent Viscaal for overtaking Vips under yellow flags demoting him from 11th to 13th position.