The American driver, who completed the first three rounds of the 2017 GP3 season for the DAMS squad, will make his first F2 start for Trident in Hungary this weekend.

After starting the season with Nabil Jeffri and Sergio Canamasas, Trident has run Raffaele Marciello and Callum Ilott - at the Red Bull Ring and Silverstone respectively - since GP2 and F2 veteran Canamasas switched to the Rapax team in place of Johnny Cecotto Jr.

But the Italian team confirmed ahead of the Budapest round that Ferrucci would take the second seat alongside Jeffri.

"We are really proud to announce the agreement between Team Trident and Santino Ferrucci for the final five rounds of the FIA Formula 2 season," said Trident team manager Giacomo Ricci.

"He already had the chance to test one of our GP3 Series cars in last November's collective post-season test at Abu Dhabi.

"Back then, he impressed the team's staff, bringing home great results and keeping his name among the top five at all times.

"He is now set to make his Formula 2 debut at Budapest, on the same track where he led the way in GP3 Series testing.

"I'm sure that Santino has all the skills needed to adapt to a Formula 2 car very quickly.

"Also, thanks to his Formula 1 experience, he will not having problems in managing more power and carbon fibre brakes." 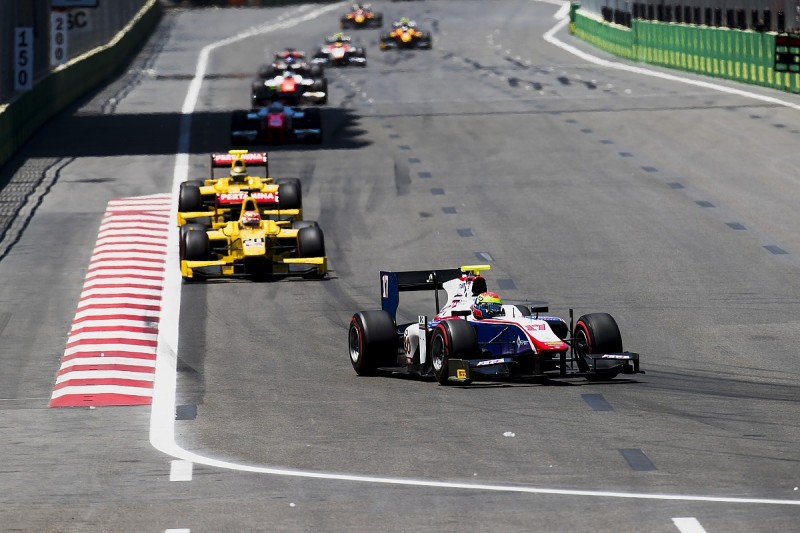 Trident currently sits last in the F2 teams' standings on three points, and so far this season has a best finish of ninth - scored by Canamasas in the Baku feature race.

Ferrucci, who will drive Haas' VF-17 car in the post-Hungarian Grand Prix F1 test next week, had sat 14th in the GP3 standings after three rounds.

He scored points in both of the opening two races at Barcelona, but had not added to his score since then as a feature race suspension problem hobbled him in Austria, while DAMS discovered trouble with his car's floor at Silverstone.