The Red Bull junior went into the penultimate weekend of the season 10 points ahead of his fellow Prema driver, but his hopes of extending that margin were lost when his car went into anti-stall mode from pole position at the start of race one.

He then struggled to make up ground, saying he "just didn't have any feeling with the car" and came home 11th, which he converted into third place with a charge through the field after another poor start in race two.

"We lost too many points stupidly on Saturday so we will try to do everything in Abu Dhabi," said Gasly, who heads to the season finale trailing Giovinazzi by seven points.

"This weekend I was fastest in free practice, I got the pole, and I came back in the sprint race.

"We know the pace is good, we just need to do the same in Abu Dhabi and avoid what happened [on Saturday] in the feature race there."

Gasly said he had work to do with his team to get to the bottom of the problems that blighted his race on Saturday, a race Giovinazzi won from the other side of the front row.

"There is not any clear explanation about what happened," he said.

"We didn't have any grip, that's what we saw on the data, and I had issues with the brakes.

"On Sunday we got our pace back and showed what we are capable of.

"But we have to understand exactly what happened.

"We had been fast for the whole weekend and then suddenly we became slow - just no grip at all and I could not be fast or match the pace of the others."

Gasly added that he believes his clutch was to blame for his second poor start on Sunday, as by the end of the race it "didn't work anymore". 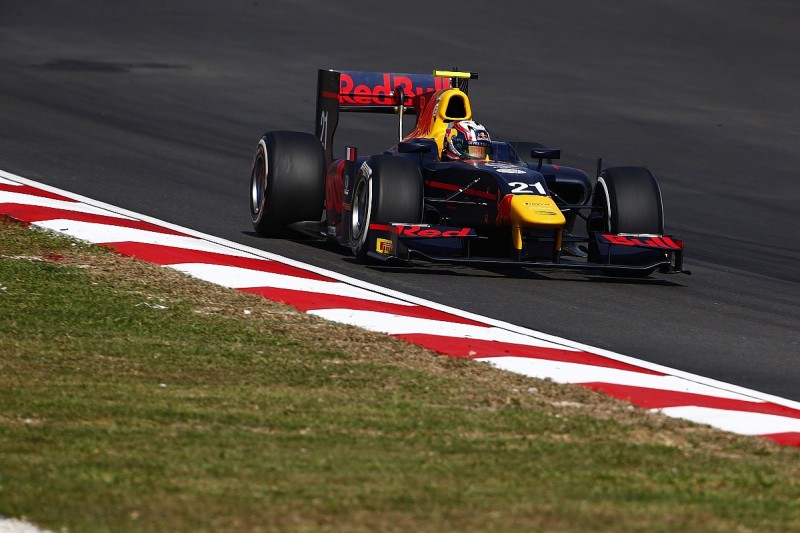 Though Gasly's season has included some major 'saves' including coming from 18th on the grid to second in the second Baku race and 20th to sixth in the Hockenheim sprint, there have been plenty of occasions when points have been lost prior to Sepang.

MONACO
Gasly sets an unbeatable practice pace with his first flying lap - then crashes. Exclusion from qualifying for missing the weighbridge follows, and running into Jimmy Eriksson hampers his chances of recovering any points in the races.

BAKU
Traffic frustrations leave him eighth on the grid, from where he triggers a multi-car tangle at the first corner and immediately retires.

RED BULL RING
Passes Sergey Sirotkin and Giovinazzi early on to claim the lead, then spins out of first place when a rain shower hits.

HOCKENHEIM
By now, Gasly has turned a corner in his performance and is being robbed by bad luck more than throwing chances away. He recovers from an anti-stall-blighted start to claim second, only to be excluded because his in-car fire extinguisher emptied itself mid-race.

MONZA
Controls the race from the outset and is set for a clear win once strategies shake out but is accidentally picked up as leader by the safety car while actually midfield after his stop - giving those running the alternative strategy a free pitstop and leaving him fourth.