Formula 2 is set to use its test car this week in a bid to improve the troublesome clutch on its new car, after 14 stalls in four races

After start problems have blighted the first two rounds of the season, drivers have called for the clutch to be improved on the grounds of safety, due to cars having to avoid stranded machines on the grid.

The difficulty comes in engaging the clutch, with drivers labelling the ability to get off the line a 'gamble'.

Championship leader Lando Norris stalled his Carlin-run car before the formation lap for the feature race in Baku last weekend, and has called for a quick change to be made before Barcelona later this month.

"People are just swerving everywhere and eventually you [are going to] get a guy at the back who has built up some speed and can't avoid anything and it's going to be a big crash," said the Bahrain feature race winner.

"It's just not me or Carlin, it's everyone struggling. It's something they need to sort out because soon enough there's going be an incident and it's not going to go too well."

Baku sprint winner and Mercedes Formula 1 junior George Russell added: "This is the highest level below Formula 1 and to have 14 cars stall in four races is just unheard of and unacceptable really for a championship of this standard.

"Nobody can afford to lose this championship based on starts or stalling. It's only when you have a new car this would happen, but they are doing something about it and that's the main thing." 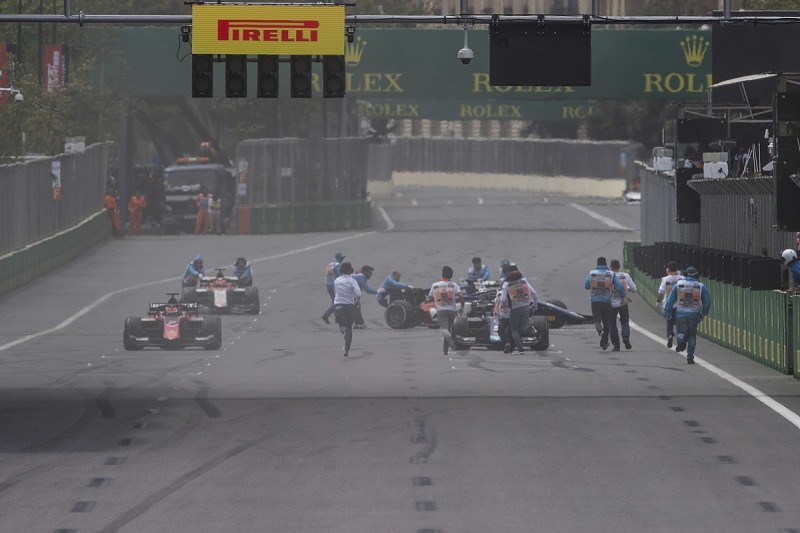 A number of drivers confirmed over the Baku weekend that they had been told an update would come for Barcelona.

"We should have an update for Barcelona so we shouldn't see as much stalling as we have in the last few races," said Alexander Albon.

The F2 organisers refused to comment on any impending changes, but F2 race director Charlie Whiting confirmed a change to the mapping was being investigated.

"There is a problem there, they understand that, and they are going to run the F2 test car this coming week in order to try and find some things that they think can improve and have it ready for Spain.

"It's a wholly unsatisfactory situation. In Monaco it will be a whole different story."

Autosport understands F2 could have made the mapping change before Baku, but it wanted to test the update before it was implemented for a race weekend.

It is also reported to be evaluating parts in the clutch for any changes.