Formula Renault 3.5 champion Oliver Rowland will have an affiliation to a Formula 1 team if he moves into GP2 next season

The British driver and his backer the Racing Steps Foundation are in negotiations to make a full-time switch to GP2 after making select appearances through 2015, but a deal has not been finalised.

The 23-year-old is likely to join one of ART and incoming outfit Prema, having run with those teams and DAMS, which confirmed Alex Lynn and Nicholas Latifi this week, in the post-season Abu Dhabi tests.

"It will be one out of the three teams I tested with," he told Autosport.

"Next year if I do GP2 it will be with a link to a Formula 1 team, it's something we have pretty much agreed.

"The number one priority would be to win GP2.

"It's not done yet but it's looking quite good."

The 2011 McLaren Autosport BRDC Award winner, who worked with the Mercedes F1 team on its simulator this year in addition to his record-breaking FR3.5 campaign, is also keen to make his Macau Grand Prix debut in 2016.

Rowland has never driven a Formula 3 car, having up to now spent his career racing Renault machinery, and said he would relish the opportunity to take part in the end-of-season showpiece.

"We had a bit of a discussion the other week about this," he said when asked about Macau.

"It would be nice to do a test and then go and do Macau as a one-off.

"It can really boost your image to arrive there and do a good job and I don't think it's impossible." 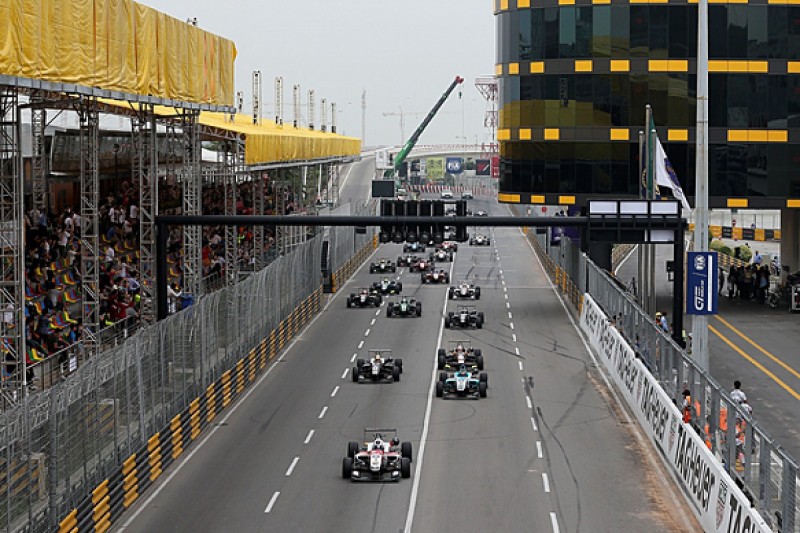