Formula 2 championship leader Oscar Piastri scored his third pole position in a row after pipping Jehan Daruvala in a frantic finish to qualifying at the Sochi Autodrom.

Piastri saved his best until the final minute to log a 1m47.465s effort to edge Daruvala by 0.188s as a flurry of fast times arrived in the climax of qualifying.

The Australian was sitting second after the first run on the super soft tyres behind title rival Guanyu Zhou, before moving to provisional pole in the final 10 minutes.

Daruvala then snatched the pole away from the Prema driver in the final minute, but Piastri had one last effort, which was enough to take the pole for Sunday’s feature race and claim the four championship points.

Dan Ticktum will start from pole for Saturday’s opening sprint race courtesy of the reversal of the top 10 from qualifying.

Qualifying began five minutes earlier than planned following a change to the weekend schedule that has resulted in bringing the opening Formula 3 race forward from Saturday to Friday afternoon due to concerns over weather.

HWA’s Jake Hughes, standing in for the injured Jack Aitken, set the initial pace with his first push lap on the super soft tyres, clocking a 1m48.915s. 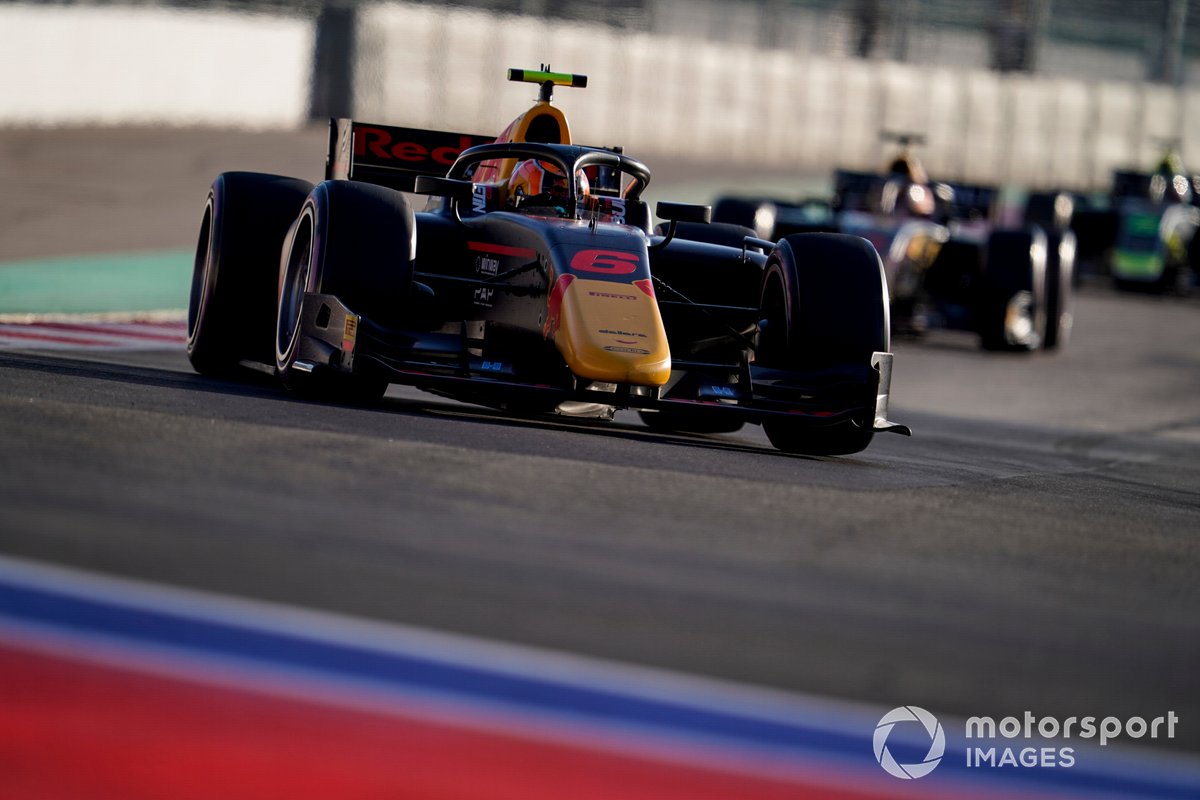 However, times tumbled quickly after the second round of push laps as Boschung jumped to the top of the timesheets as he brought the session best down to a 1m48.264s.

Piastri was next to strike shaving another tenth from that before his title rival Zhou responded moments later as the Chinese driver became the first to dip into the 1m47s bracket.

At the halfway point, Zhou headed Piastri with Daruvala in third ahead of Boschung, Felipe Drugovich and Robert Shwartzman. The top 10 was completed by Christian Lundgaard, David Beckmann, Liam Lawson and Juri Vips, with only six tenths covering the group ahead of their second runs.

The final 10 minutes proved to be a frantic affair as drivers fought over clean air on track for their final laps.

Piastri didn’t waste any time as he fired his Prema to the top, edging Zhou by 0.025s, as Shwartzman jumped to third, while Lawson moved to fourth.

However, Daruvala immediately responded to take the spot away from the Prema driver, but it was short-lived as Piastri fired in a time to snatch pole at the death.

The top 10 was completed by Hughes, Shwartzman, Lawson, Vips and Ticktum.

The opening F2 sprint race of the weekend is scheduled to start on Saturday at 0830 BST.