Theo Pourchaire took his second FIA Formula 2 win of 2021, fighting through the field from sixth to cross the line four seconds clear in a dramatic Monza sprint race.

The Frenchman took the lead on lap 14 and stayed there to cross the line 4.3 seconds ahead of UNI-Virtuosi driver Guanyu Zhou.

Team-mate Christian Lundgaard made an incredible charge through the field, in a race that featured two safety cars and ended under one of several yellow flags, from 19th to finish fourth on the road - which became third after a penalty for Robert Shwartzman was applied.

Oscar Piastri was fourth for Prema, having started in 10th courtesy of his feature race pole position, with Liam Lawson in fifth for Hitech.

At the start, Juri Vips got the jump on polesitter David Beckmann into the first run down to Turn 1, while Bent Viscaal was forced onto the exit road in his Trident-run car.

Shwartzman was handed a five-second penalty for leaving the track and gaining an advantage at the start, while further back Enzo Fittipaldi was handed a penalty for causing Marino Sato to spin at Turn 1.

On the second tour, Dan Ticktum and Pourchaire went deep into Turn 1 while disputing third, the Frenchman forced down the escape road.

Ticktum attempted to stay on track to take the second apex of the chicane but was hit in the rear by Felipe Drugovich - prompting the safety car's arrival on lap three. 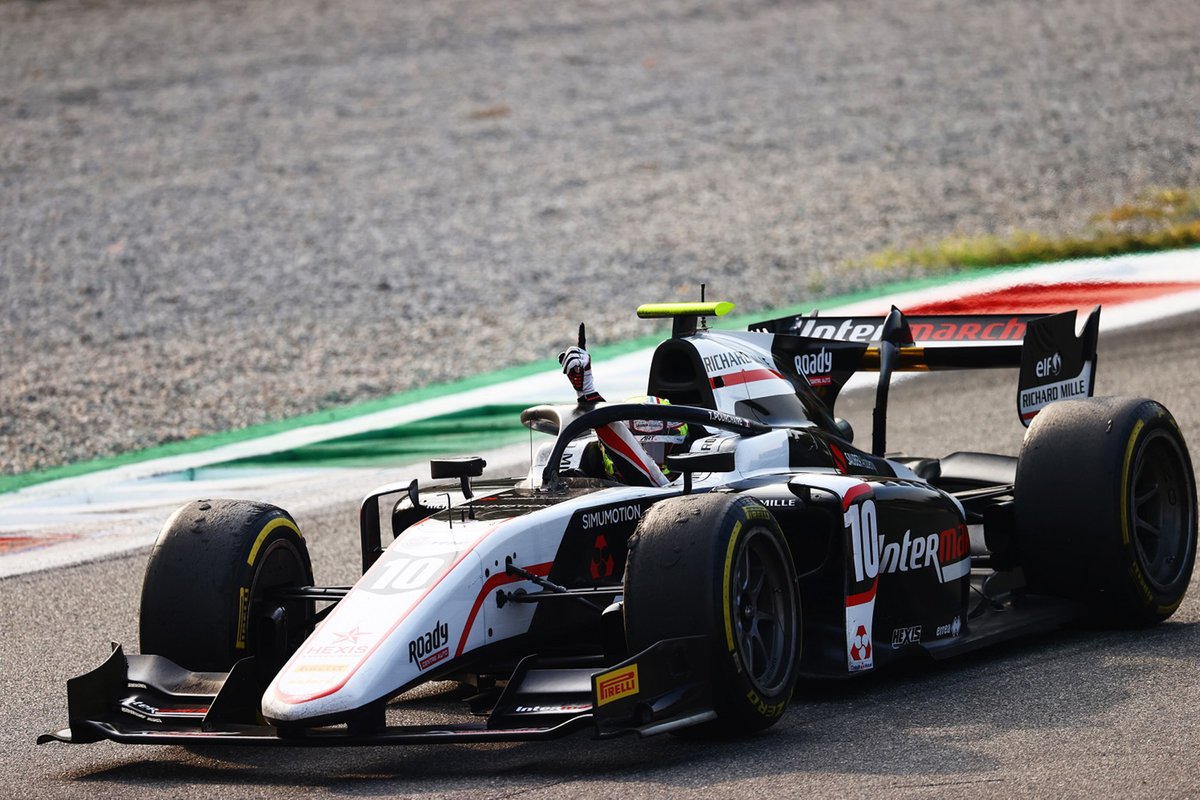 Ralph Boschung was also forced to pit for a new front wing after he also caught Ticktum in the lap two melee, but did so after the safety car ended at the end of lap four, costing him even more time. The pitstop, which took place under a virtual safety car required when Drugovich went off again at the Ascari chicane, is set to be investigated after the race.

When racing resumed on lap five of 21, Lawson also fell victim to the black-and-orange flags with wing damage sustained while battling new third-placed man Pourchaire. He too changed to the soft tyres before rejoining deep in the pack.

On lap seven, team-mates Piastri and Shwartzman fought wheel-to-wheel over seventh at the second Lesmo, with the Russian driver taking the inside line to take the place. Shortly afterwards, Piastri made contact with Jehan Daruvala, prompting the Red Bull Junior to become the latest driver forced into the pits with a damaged front wing. He also took soft tyres.

By lap nine, Pourchaire was right on the gearbox of Beckmann, with the pair edging closer to Vips in the lead.  When Beckmann headed down the Turn 1 escape road, Pourchaire inherited second place before Zhou followed through into third.

Pourchaire soon swept past Vips on the way into Rettifilo to take the lead, while a struggling Beckmann lost out to Shwartzman, Lirim Zendeli and a charging Lundgaard.

The Dane soon made short work of Zendeli to claim fifth, which became fourth when second-placed Vips locked up into the first chicane on lap 18 and dropped back to fifth. 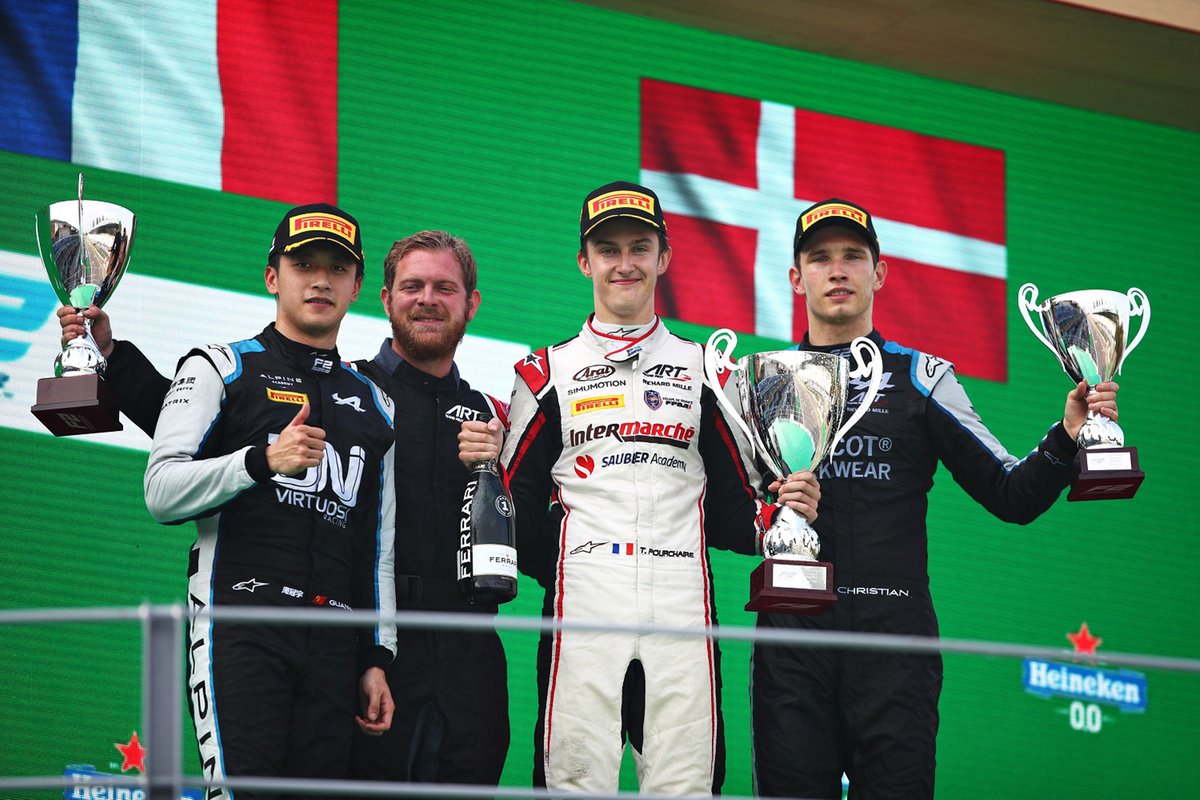 That promoted Zhou to second, albeit not close enough to challenge Pourchaire, with Shwartzman moving up to third but with a penalty hanging over him. The Russian would eventually be demoted to sixth behind Piastri and the recovering Lawson, both of whom passed the struggling Vips in the closing stages.

The race finished under yellow flags when Zendeli went off at the first chicane and got stuck in the gravel.