Haas Formula 1 junior Arjun Maini set the fastest time in practice for the first Formula 2 event of the 2018 season, which is taking place in Bahrain this weekend

In the first competitive running of the new turbocharged F2 2018 car, Trident driver Maini set a best lap of 1m44.549s, which put him 0.051s clear of McLaren junior Lando Norris.

Despite the 45-minute session taking place similar conditions, Maini's lap was some way off the pre-season test times recorded at the same track last month.

Carlin driver Norris was one of the last of the drivers to set an early benchmark after being caught in traffic early on, and he also had to abandon his first proper flying lap.

But he made his eventual flying lap count and led the early part of the session before Maini took over.

Sergio Sette Camara gave Carlin two spots in the top three - as the team returns to F1's feeder championship after a year out.

Camara, a reverse-grid race winner in F2 at Spa last season, finished with a time 0.104s slower than Maini. 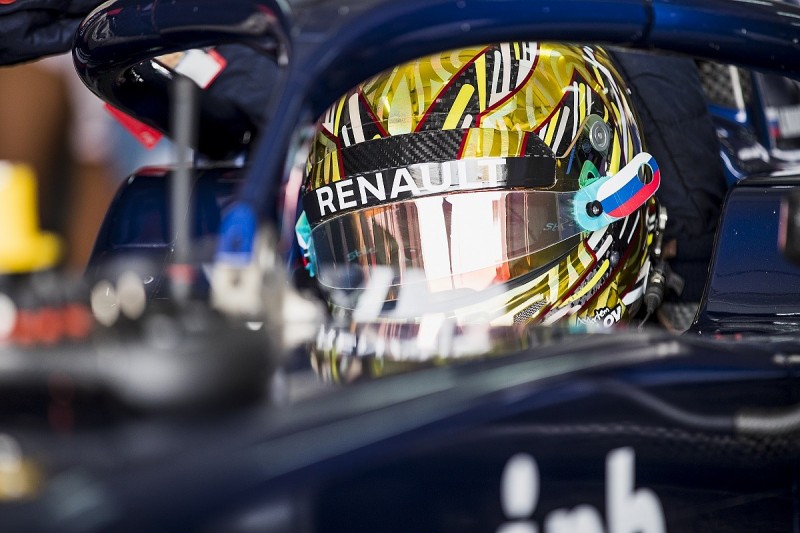 The Russian Time driver spent a large part of the session in the pits with his engineers frantically investigating his car.

He did eventually get out to set a flying lap in, and wound up 0.312s adrift in sixth place.

Single-seater veteran and ex-F1 driver Roberto Merhi steered his MP Motorsport car to seventh, ahead of the fastest man in the pre-season test at Sakhir, Arden's Maximilian Gunther.

Gelael's team-mate Nyck De Vries, who enters the season as one of the title favourites as he races with the team that steered Charles Leclerc to last year's F2 title, struggled during practice and was well down the order in 13th, almost a second off Maini's benchmark.