Rowland, 24, moves to DAMS after having spent his first season in GP2 with Dutch outfit MP Motorsport.

He headed the drivers' standings five rounds into his rookie GP2 campaign, but eventually dropped down to ninth by the season's end.

"The overall aim is to go and dominate the championship, that's my personal target and it is shared by the team," Rowland said.

"Last year was my first year and with the tyres it was sometimes difficult, but there were lots of positives and I had some good results.

"Going into this year, I've got a lot better with my approach going into each race, so I'm looking forward to putting it into place."

Latifi, 21, was teammate to Alex Lynn at DAMS last year, having joined GP2 after stints in Formula 3 and FR3.5.

The pair ran with DAMS for all three days of the 2016 post-season GP2 test in Abu Dhabi, which Latifi topped.

DAMS has previously taken Romain Grosjean, Davide Valsecchi and Jolyon Palmer to GP2 titles but had a difficult 2016 season in which Lynn ended up only sixth in the championship, though he won three sprint races. 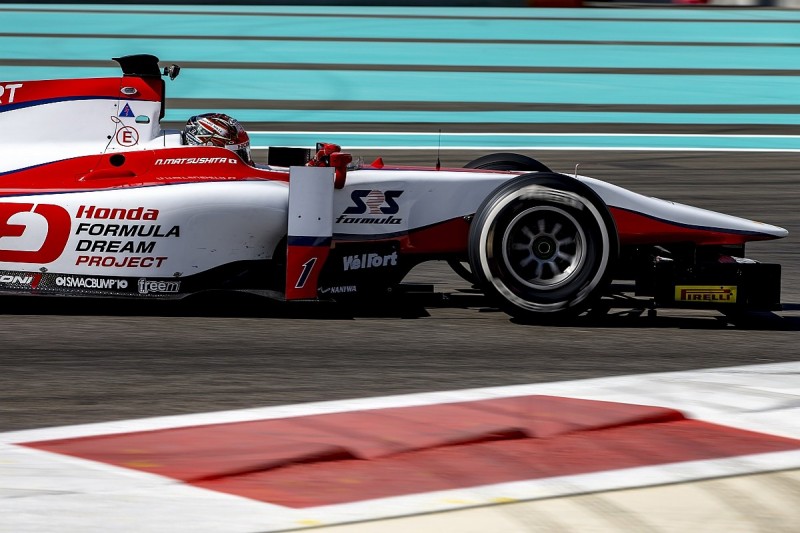 Another piece of the GP2 driver market was also confirmed on Monday morning when Honda's announcement of its 2017 motorsport programme confirmed that Nobuharu Matsushita will stay at ART Grand Prix for a third season.

Matsushita has been a race winner in each of his GP2 campaigns so far and is expected to team up with Alexander Albon at ART.

Fukuzumi was seventh in his rookie GP3 effort last year and is the second driver announced at ART alongside Mercedes F1 junior George Russell.