David Coulthard says a "change in mentality" is needed in FIA Formula 2 and 3 to help women progress into Formula 1's feeder series.

The 13-time F1 race-winner has recently kickstarted the More Than Equal campaign to help empower female racing drivers to reach the top tier of single seater racing, working across fields including driver coaching, psychology and sponsorship.

The not-for-profit development structure, which Coulthard has launched with Czech businessman Karel Komarek, will work with Hintsa Performance to undertake research into the reasons a woman has not taken part in an F1 weekend since then-Williams test driver Susie Wolff in 2014.

In an interview at Silverstone last week, BRDC President Coulthard said the lack of power steering in F1's feeder series makes those cars harder to drive than an F1 car, and put a “physical preference towards certain size and physically developed men”.

The former Williams, McLaren and Red Bull driver said: “We’ve put a lot of research into this. And all of [Hintsa’s] studies prove beyond any doubt that the champions that they’ve supported in Formula 1 and the drivers that won Grands Prix, there is nothing that they are doing physically that is not achievable by women.

“The challenge of coming up through karting and I don’t know if you have done any karting… there are periods of different formulas which are more difficult physically to drive than a Grand Prix car.

“A Grand Prix car generates huge amounts of g-force, which is the neck and your internal organs and what have you. But the actual process of turning the steering wheel at 200mph pulling 4G is not difficult, because you have power steering. 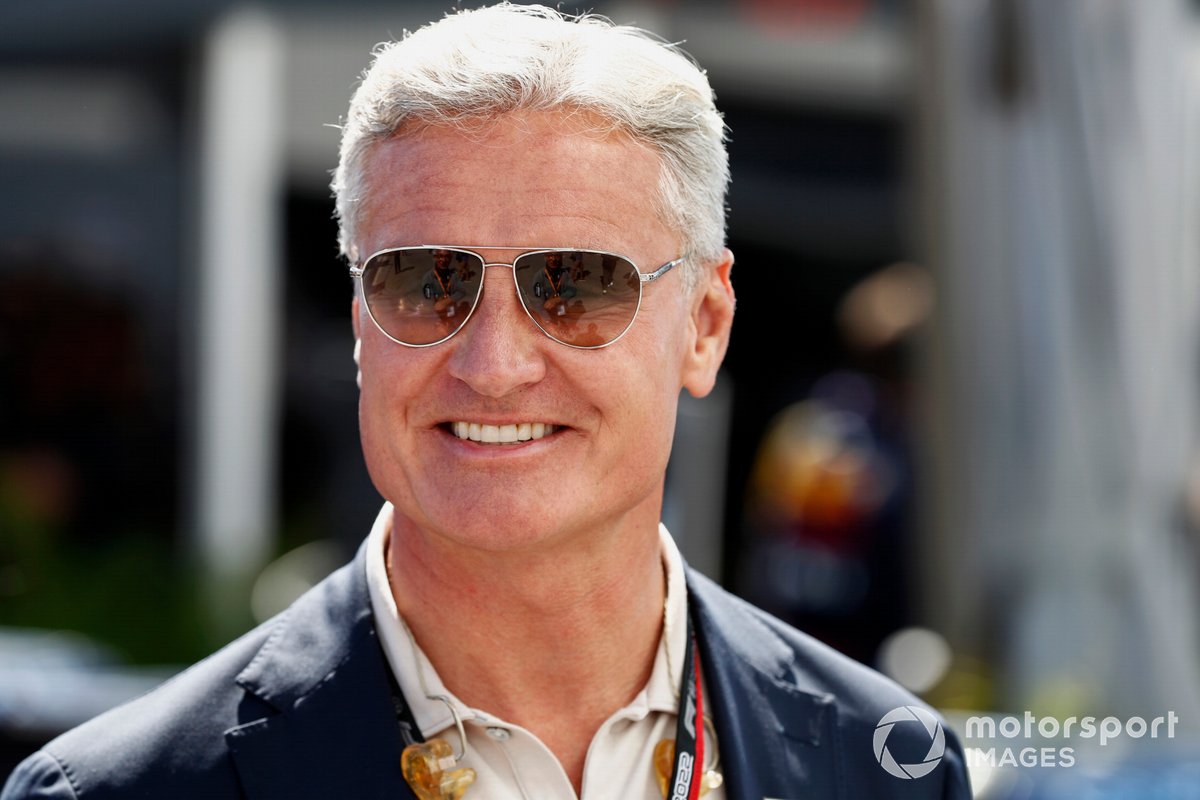 “So we need to change as well not only in helping developing talent, but we need to change the mentality in these feeder formulas, which then do put let’s say a physical preference towards certain size and physically developed men.

Coulthard says he and Komarek will meet with F1 CEO Stefano Domenicali and CEO of F2 and F3, Bruno Michel, on Friday at the Red Bull Ring to discuss the next steps in their programme.

He added that though he has not yet begun lobbying for power steering in F2 and F3, he hopes to make changes “through this process of discovery and also ongoing conversations”.

W Series double-champion Jamie Chadwick has also previously expressed concern about the lack of power steering in F2 and F3.

She told the Press Association last week: "To get into Formula 1 you have to go through the feeder series – F3 and F2 – and it is extremely physical.

“Formula 1 is extremely physical, and we don't know exactly what women are capable of in the sport.

"If you are aged 15 or 16, and go into car racing, without power steering and driving big heavy cars, a lot of women do struggle, even though they have been successful in go-karting.

“We like to think that women can make it – and I am happy to be the guinea pig and will do my best to push and explore the options to Formula 1 – but we don't know.”